In Ohio primary, Mandel vs. Vance is a test of Trump’s power 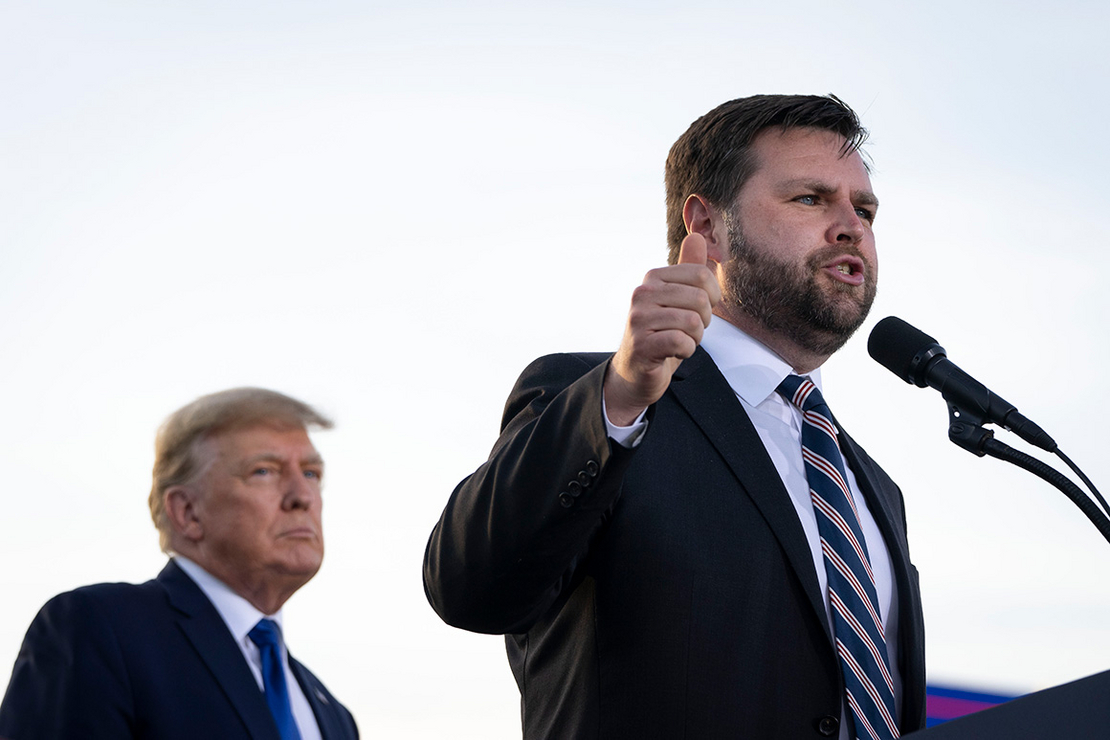 The closely watched Ohio Senate primary will come to a close this week, in a test of former President Donald Trump’s power in the Republican Party.

Voters will pick Republican and Democratic candidates tomorrow to face off in the November election to succeed Sen. Rob Portman (R). The race is seen as competitive by both parties and could decide the majority of the Senate, which is currently tied 50 to 50.

The leading competitors in the GOP contest are author and venture capitalist J.D. Vance and former Ohio Treasurer Josh Mandel.

Both have focused their campaigns on appealing to Trump and his supporters. They have put significant effort into airing false allegations of widespread fraud in the 2020 presidential election and hold staunchly conservative positions on issues like gender and race.

“We need to send people to Washington, D.C., who are going to fight,” Vance said in a debate last month.

“When I get to Washington, I will not only be the worst nightmare of the radical left, the Democrats, Schumer, Pelosi and Biden,” he said at the debate, referring to Senate Majority Leader Chuck Schumer (D-N.Y.) and House Speaker Nancy Pelosi (D-Calif.). “But I will be the worst nightmare of these weak, wimpy, squishy, [Republican-in-name-only] Republicans in Washington as well.”

Mandel led in polling throughout much of the race. But Trump endorsed Vance last month, vaulting him into the lead in subsequent polls.

“He’s tough, he’s smart, he’s a former Marine, he’s a Yale-educated lawyer … he’s a fearless [Make America Great Again] fighter, he fights like crazy, he loves Ohio and frankly, he’s a great guy,” Trump said at an Ohio rally last month. “I want to pick someone that’s going to win, and this guy is going to win.”

Both candidates have used high fuel prices to push a message that the United States should encourage more fossil fuel production, transportation and use.

“You need to open up the Keystone XL pipeline, because that will mean more oil and gas coming into our country from a country, by the way, Canada, which is an environmentally conscious country, instead of Iran, Venezuela, Russia, all of the garbage countries that Joe Biden wants to go to for oil,” Vance said at a debate, going on to slam anti-fossil-fuel corporate shareholder proposals.

“We should be drilling for all the oil and gas we can here in America,” Mandel said. “In fact, if you took the state of Ohio, the state of West Virginia and the state of Pennsylvania, our three states, and combined them into a region, that region would be the third-largest producer of natural gas in the world.

The primary has frequently been tense, with the candidates trading allegations of disloyalty to Trump and support for centrist or Democratic policies. One March forum almost devolved into a fight between Mandel and investment banker Mike Gibbons, when Mandel accused Gibbons of not being Republican enough.

Apart from Gibbons, the other major candidates in the primary are former Republican Party of Ohio Chair Jane Timken and state Sen. Matt Dolan.

In the Democratic primary, Rep. Tim Ryan is expected to easily win the nomination against progressive attorney Morgan Harper.

In the redistricting process, Ohio’s Republican state lawmakers sought to draw as many GOP districts as possible through gerrymandering. One potential victim of that will be Rep. Marcy Kaptur (D), who chairs the Energy-Water Appropriations Subcommittee.

Kaptur is currently in a reliably Democratic district. But the 9th was redrawn to slightly favor Republicans.

Kaptur has no primary challenger. But the GOP will be picking its candidate to go up against her in November.

The primary is once again a battle between the major constituencies of the Democratic Party. Turner was co-chair of Sen. Bernie Sanders’ 2020 presidential campaign, while Brown has the backing of major Democratic figures like President Joe Biden and House Majority Whip James Clyburn (D-S.C.).

“We need leaders like Shontel to help continue the fight to respond to this pandemic, lower costs for working families, and rebuild the middle class,” Biden said last week in endorsing Brown, following his endorsement last year.

The new 13th District, centered in Akron, shares the same number as Ryan’s constituency, but includes portions of the 16th District, currently held by departing Rep. Anthony Gonzalez (R), as well as the 11th and others.

In the 9th District, Rep. Trey Hollingsworth (R) isn’t running for reelection. Nine Republicans are vying to succeed him in the reliably GOP district.

Sen. Todd Young (R) is up for reelection this year. He has no challenger in the primary, nor does Democrat Thomas McDermott, the mayor of Hammond.