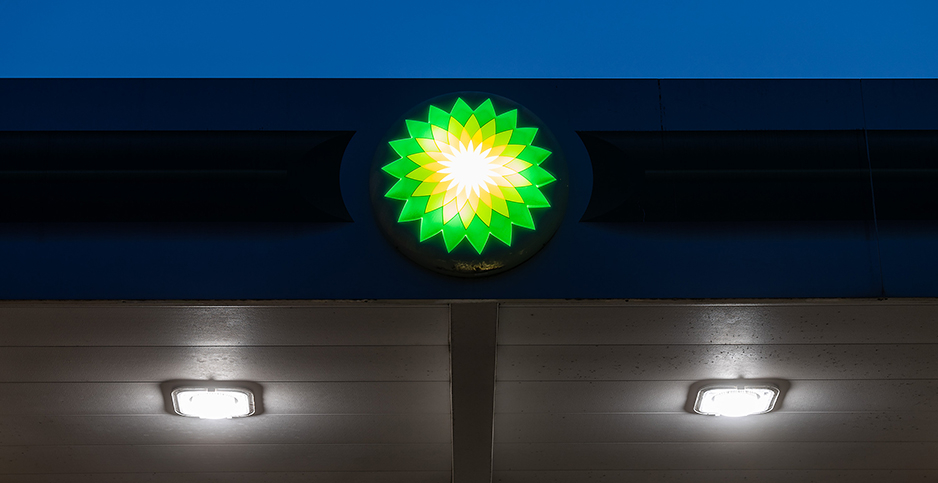 Oil giant BP PLC is branching into the retail power business in the U.S., according to a regulatory filing. A BP gas station in Washington is shown. Francis Chung/E&E News

BP PLC applied last week to sell power to customers in five U.S. states in the latest sign of the oil and gas giant’s shift toward clean energy.

The British company aims to sell electricity from wind, solar and natural gas to customers in Illinois, Ohio, Pennsylvania, Texas and California through a newly formed subsidiary, BP Energy Retail LLC, according to an April 20 filing to the Federal Energy Regulatory Commission. The move would follow BP’s ongoing expansion into renewable energy production, including investments in several wind and solar farms.

The company’s foray into retail power could be part of a strategy to market lower-carbon energy as fossil fuel use declines, analysts said. Following the announcement of BP’s net-zero-by-2050 ambition last year, CEO Bernard Looney has said it’s time to "reinvent" the oil and gas company (Energywire, March 2).

"Getting into the retail trade business is the next largest step in telling shareholders you’re not just an oil company, but are going to be in the retail business," said Tyson Slocum, director of the energy program at Public Citizen, a consumer advocacy group.

Renewables’ share of the U.S. electricity mix could double by 2050, increasing from 21% of generation last year to 42% in 2050, the U.S. Energy Information Administration forecast in its most recent annual energy outlook. At the same time, nuclear and coal-fired generation are projected to decrease while natural gas-fired generation will remain "relatively constant," said the February report.

BP might be looking to capitalize on the outsize role the power sector is expected to play in the energy transition, analysts said. To achieve net-zero emissions economywide, sectors such as transportation and heating will need to become electrified, which could increase electricity demand, according to several recent studies on pathways to decarbonization (Energywire, Dec. 16, 2020).

"What the retail power sector has, that the oil and gas sector doesn’t, is growth and the prospect of future growth," said Andrew Logan, senior director of oil and gas at the investor group Ceres, which is focused on "transforming the economy to build a just and sustainable future for people and the planet."

BP, which declined to comment on the company’s recent filing, said in September that oil demand will plateau over the next 20 years even if the world doesn’t move to address the climate crisis (Energywire, Sept. 15, 2020).

In its application to FERC, BP Energy Retail said it "satisfies all of the Commission’s requirements to sell power at market-based rates" and intends to begin doing so by June 20. The company listed 13 generating units in its filing, 12 of which are wind and solar farms and one of which is a natural gas plant, as the sources of the electricity it would sell.

While BP will need approval from utility regulators in the states in which it intends to sell power, the application to FERC is largely "a formality" and is almost certain to be approved, Slocum said.

The company bills itself as one of the largest power wholesalers in North America, but it does not appear to have previously offered retail electricity directly to U.S. consumers, according to financial reports.

In addition to its request to sell power, BP Energy Retail filed for permission to provide "ancillary services" in several wholesale markets to support transmission services and grid reliability. That could be an indication that it wants to leverage battery storage and other new clean energy assets, said Joel Eisen, a professor at the University of Richmond.

"Many of the battery arrays that have been put into place in the last several years depend on these ancillary services markets, as well as sales of energy and capacity, to be economic projects," Eisen said in an email. "Because BP is filing to sell these services — as well as others — it made me think that BP might be aiming to capitalize on opportunities coming from the deployment of these assets."

BP isn’t the first oil and gas company to form a retail power company. Royal Dutch Shell PLC sells power to commercial and industrial customers in the U.S. through its subsidiary, MP2 Energy LLC, said Natalie Gunnell, a spokesperson for the Anglo-Dutch company.

Nonetheless, it’s significant and still generally unusual for a major oil company to make the jump into retail marketing in the U.S., Slocum said. It could give the company an opportunity to bolster revenue from existing wholesale power sales, an area that’s generally becoming more volatile, with retail power sales, he said.

In Europe, oil and gas companies have been expanding into retail power more rapidly, in part because the region has been transitioning away from fossil fuels for longer, said Catharina Hillenbrand von der Neyen, co-head of research at Carbon Tracker, a London-based think tank focused on energy and climate change.

The U.S. may start to see a similar trend under the Biden administration in states with deregulated power markets, Hillenbrand von der Neyen said. The states mentioned in BP’s filing all have deregulated or competitive electricity markets, meaning that many different companies — rather than monopoly utilities — compete to sell power to customers.

"I would fully expect the U.S. to catch up very rapidly," she said.