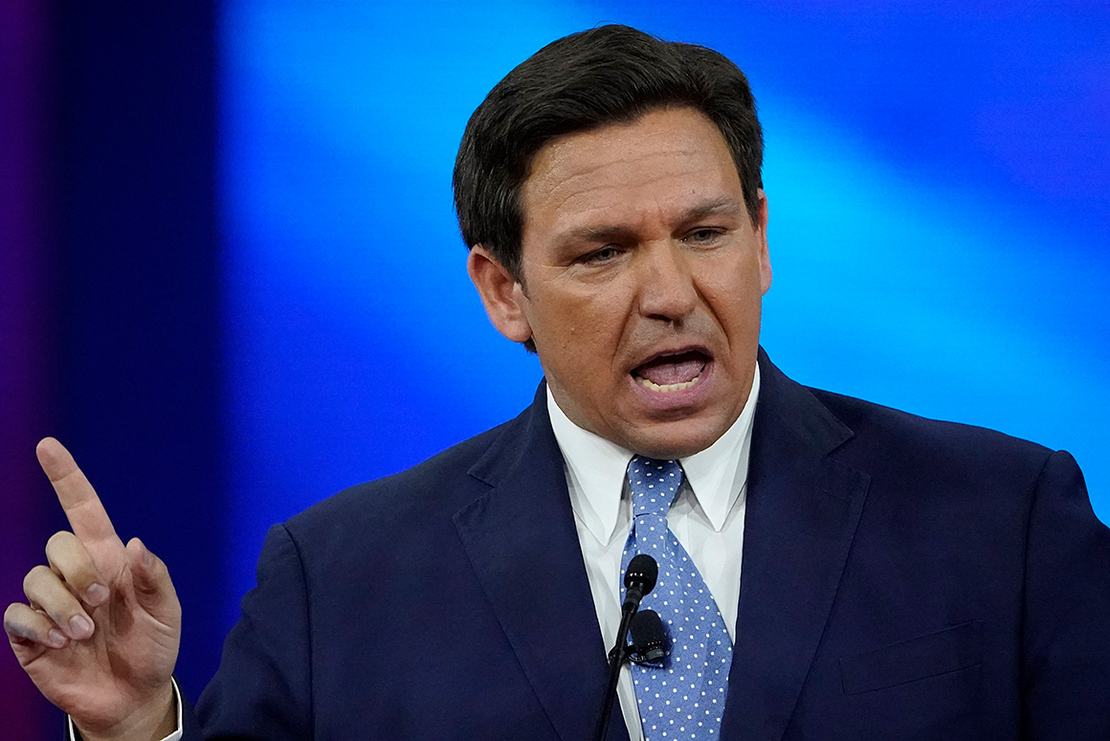 Florida Republican Gov. Ron DeSantis vetoed a bill yesterday targeting rooftop solar that was backed by the state’s largest electric company and a top political donor, in a move that shocked Florida’s political and energy landscape.

The move is a win for the solar industry and deals a blow to Florida Power & Light Co., which holds significant political sway in the Sunshine State. It also is a win for state Democrats, who largely opposed the bill and have had been unsuccessful in getting any meaningful clean energy legislation passed in Florida.

“This veto was necessary,” Florida state Sen. Lori Berman, a Democrat from Palm Beach County who vocally opposed the bill, said on Twitter. “For now, Floridians can continue to enjoy energy savings through rooftop solar. Their renewable energy consumption will help solve one of the greatest challenges of our time: climate change.”

The bill would have cut the amount of money rooftop solar users could receive for selling excess electricity back to the power grid. In a letter explaining his decision, DeSantis said that Florida doesn’t need to add to customers’ financial woes while the nation copes with increased costs for goods.

“Given that the United States is experiencing its worst inflation in 40 years and that consumers have seen steep increases in the price of gas and groceries, as well as escalating bills, the state of Florida should not contribute to the financial crunch that our citizens are experiencing,” he wrote.

It is highly unusual for a Republican governor to veto a bill from a GOP-controlled Legislature, much less one that was the brainchild of the utility known as FPL, owned by Florida-based renewable energy giant NextEra Energy Inc.

The measure was the latest salvo between Florida’s politically powerful electric companies and renewable energy supporters, who have been at odds for years over customer-owned solar. A December story from the Miami Herald written in partnership with Floodlight revealed correspondence between FPL’s lobbyist and the bill’s sponsor, Republican state Sen. Jennifer Bradley, as well as political donations from FPL and its parent company.

Debates over what’s known as net metering have played out all over the country, especially as more customers look to separate themselves from the power grid or use more renewable energy. To support its case, FPL tapped a utility industry argument known as cost shifting, saying that customers who don’t have rooftop solar end up subsidizing those who do.

FPL argued the current system creates an unfair economic advantage for rooftop solar users, who typically have more disposable income. It also penalizes low-income customers, those who rent or ones who live in multiunit buildings because they are unable to install solar on their roofs, the utility said.

FPL remains committed to “finding a more equitable net metering solution for all Floridians,” the company said in a statement emailed to E&E News.

“At FPL we are always working to deliver clean, reliable energy while keeping customer bills affordable,” the utility said. “FPL is leading the nation’s largest solar expansion and we will continue to advance solar that is cost-effective for all our customers.”

DeSantis is known for railing against clean energy policies coming out of the Biden administration as well as any attempts to set renewable energy mandates in Florida. Critics argue the state is ground zero for climate change issues such as hurricanes and sea-level rise.

Indeed, H.B. 741 sailed through multiple legislative committees in Florida and both chambers despite hefty opposition from environmentalists, clean energy advocates and consumers. Dozens would line up at meetings to speak out against the bill, which many said had a straight line to DeSantis’ desk.

It was among the few pieces of energy legislation to pass both chambers during this year’s regular session, which focused more on social issues, congressional redistricting and the budget.

Solar advocates lined up to send out statements praising the governor’s decision.

“This veto signals that Florida’s energy economy is open for business, and that the rights of state residents should be placed ahead of monopoly utility interests,” Hopper said.

The bill would have stepped down the current net-metering policy and required state utility regulators to develop a new policy, which could include allowing electric companies to tack on additional fees for rooftop solar customers.

“The amount that may be recovered under this provision is speculative and would be borne by all customers,” DeSantis wrote in his veto letter.

The electric company is also ahead of schedule to finish what’s known as its 30-by-30 plan, or installing 30 million solar panels by 2030. FPL intends to complete that goal by 2025.

U.S. Rep.. Charlie Crist, a Florida Democrat and former Republican governor who is running to unseat DeSantis, took the opportunity to advance his own solar policies and take a swipe at the man who could be his opponent later this year.

“Make no mistake: @GovRonDeSantis wanted to give this win to the wealthy special interests, but the people fought to ensure our rooftop solar industry wouldn’t be gutted,” Crist said on Twitter.

If elected, Crist has said he wants to reach 1 million solar roofs in Florida during his first term.