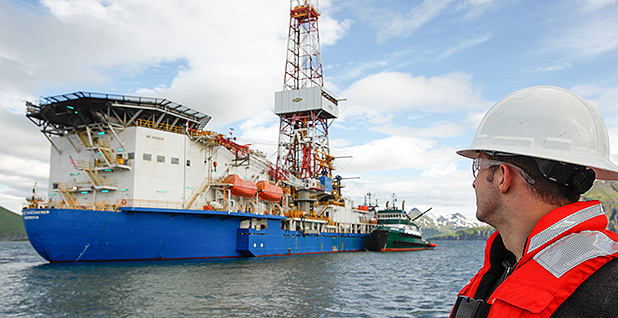 A fight is brewing over offshore drilling as industry plots its next move after the Obama administration banned drilling in parts of the U.S. Arctic and the Atlantic Ocean north of Virginia.

Oil and gas supporters insist that the decree issued yesterday is not permanent and that advocates for offshore drilling have strong cards to play once President Obama leaves office.

"We are hopeful that the incoming Trump administration can repair some of the damage done to the offshore energy industry and America’s energy security over the past eight years by putting policies in place that increase, rather than decrease, access to federal offshore areas," said Randall Luthi, head of the National Ocean Industries Association.

In a joint move with Canada, the Obama administration slapped special protected status on vast swaths of waters of the Chukchi and Beaufort seas. The new ban on U.S. Arctic offshore drilling in these areas is considered indefinite. Canadian Prime Minister Justin Trudeau’s decision is up for review every five years, according to a joint communiqué.

The administration also announced an indefinite ban on drilling in much of the Atlantic Basin, removing from future consideration blocks stretching from Maryland to Massachusetts. The Bureau of Ocean Energy Management has already decided not to auction leases off the coasts of South Carolina, North Carolina and Virginia in the next five-year outer continental shelf oil and gas lease sale plan, reversing earlier plans that foresaw lease sales in those waters and in the Arctic.

That leaves the Gulf of Mexico, minus Florida waters, and Alaska’s Cook Inlet as the sole U.S. purview for offshore oil and gas exploration and production from 2017 on.

"Today, President Obama and Prime Minister Trudeau are proud to launch actions ensuring a strong, sustainable and viable Arctic economy and ecosystem, with low-impact shipping, science based management of marine resources, and free from the future risks of offshore oil and gas activity," both offices said in a joint statement. "Together, these actions set the stage for deeper partnerships with other Arctic nations, including through the Arctic Council."

The executive order is based upon an obscure clause in the 1953 Outer Continental Shelf Lands Act, Section 12(a). The clause permits presidents to remove wide swaths of federally managed ocean seafloor from resource extraction activities. The law has no provisions for another president to reverse such a decision.

The 1953 statute was written without a challenge or reversal procedure in mind. But a challenge may be forthcoming anyway, either in courts or through an act of Congress. Though ill-defined, options may present themselves once the oil-and-gas-friendly Trump administration takes over the White House in January.

The Consumer Energy Alliance said action by Trump is almost a given. If not, allies of oil and gas will try through Congress, said CEA President David Holt.

"Everything is going to be on the table," he said. "I would expect the governors, state legislators, industry groups, the Trump administration, everyone will be looking at this highly questionable executive action.

The U.S. Chamber of Commerce doesn’t see the move as binding on the incoming administration or permanent in any sense.

Christopher Guith at the U.S. Chamber’s Institute for 21st Century Energy argues that Trump can rescind the decree with the stroke of a pen. That would likely prompt a lawsuit from environmental groups, with the battle playing out in courts.

Guith argues that if Obama had really wanted to keep rigs out of these areas, he should have cited the Antiquities Act in his decision. His predecessor, President George W. Bush, easily reversed an earlier decision by his own father to temporarily restrict offshore oil and gas activity under the 1953 act, Guith notes.

Industry could issue a challenge against the Obama administration’s move, but by the time it reached the courts, the Trump administration would be in office and in the position to defend Obama’s decree, which it wouldn’t. Rather than prompt that delay, industry groups appear for now to be content to wait for Trump to assume office to see if he’ll repeat Bush’s move and repeal Obama’s declaration.

"There is the very real likelihood of a legal challenge that would ultimately fall on the Trump administration," Guith argued. "But probably the easiest part of all of this is that, in spite of all the hand-waving, all it takes is another presidential memorandum where President Trump would say, ‘I am reversing the withdrawal,’ and it’s done."

According to planning maps provided by the Department of the Interior, blocks in and around the Prudhoe Bay oil province in Alaska will still be potentially available for future oil and gas exploration under Obama’s executive order. However, these tracts have already been excluded in the 2017-22 offshore lease sale schedule. Every other part of the Beaufort Sea’s federally controlled waters is now declared a permanent no-go zone for ocean drilling rigs, as is the entire Chukchi Sea.

Royal Dutch Shell PLC has attempted exploratory drilling in the Chukchi but failed to discover significant hydrocarbon reserves there and later suspended its Arctic Alaska drilling ambitions in the wake of the collapse of global oil prices. Other supermajor oil and gas companies that had earlier eyed Alaska Arctic opportunities subsequently closed their Anchorage offices for the same reason.

The oil price crash has quieted enthusiasm for opening up the U.S. Atlantic, as well.

Trump made expanding access to federally managed areas for oil and gas activity a main policy item during his campaign for the White House.

Thus far, industry groups are expressing their indignation as they consider their next move.

"These offshore areas belong to the public and should be used to their benefit — not to further the president’s keep-it-in-the-ground political agenda," said the American Energy Alliance’s director of communications, Christopher Warren, in a statement.

The American Chemistry Council said the move hampers U.S. manufacturing. "The U.S. business of chemistry relies on abundant, affordable natural gas as a source of energy and as a feedstock for countless chemical innovations that make life safer, more sustainable and more convenient," ACC said.

The administration said its decision was made in consultation with Alaska Native groups. But Alaska Gov. Bill Walker (I) blasted the move as an affront to his state’s citizens. He did acknowledge that the exclusion of blocks around Prudhoe Bay and beyond showed that the administration did take his fears over future state tax and royalty revenues somewhat into consideration.

"No one is more invested than Alaskans to ensure that the habitats within the Arctic are protected. To lock it up against any further exploration or development activity is akin to saying that the voices of activists who live in Lower 48 cities have a greater stake than those to whom the Arctic is our front yard and our back yard," Walker said in a release.