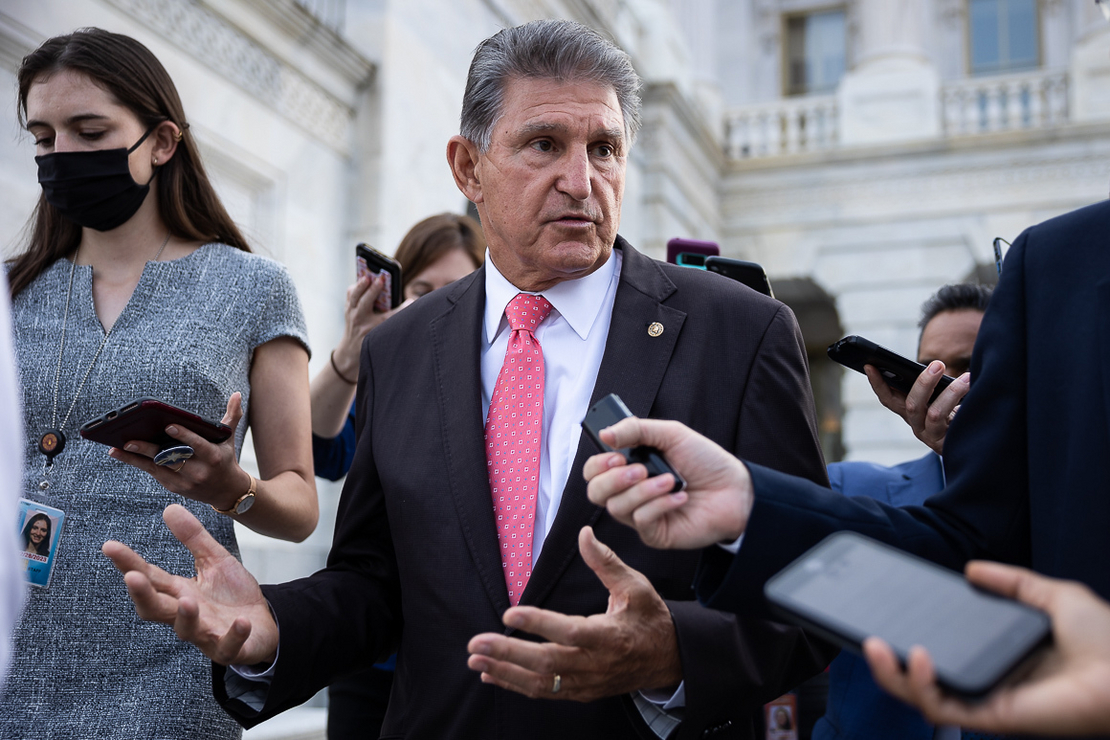 As House committees complete their work this week on the $3.5 trillion reconciliation package, environmentalists are already preparing themselves for the likelihood that many of their hard-fought climate victories won’t withstand negotiations with the Senate.

One set of priorities, however, stands a strong chance of sneaking through, advocates say: a suite of historic overhauls to the federal oil and gas program.

They include raising onshore royalty rates for the first time in a century, imposing new fees on drillers and strengthening the bonding regulations that ensure the cost of cleaning up exhausted wells never falls on the taxpayer.

That is, if the reforms survive.

Advocates report that they are encouraged, largely because they haven’t yet received a signal the provisions would be opposed by moderate Sen. Joe Manchin (D-W.Va.), Congress’ ultimate swing vote on reconciliation and chair of the Energy and Natural Resources Committee with jurisdiction over the proposals.

Manchin has already cast doubt about the survival of the House’s $150 billion Clean Electricity Performance Program, a centerpiece of Democratic leadership’s plans for using the reconciliation process to combat climate change (E&E Daily, Sept. 13). He met with President Biden at the White House yesterday to discuss the package.

But when it comes to boosting royalty rates on federal oil and gas leases, for example, Manchin has “historically been on the side of fairness for taxpayers,” according to National Wildlife Federation President and CEO Collin O’Mara.

Drew McConville, senior managing director for government relations at the Wilderness Society, agreed. “These are commonsense reforms that are about providing fair return to taxpayers and looking out for communities and fixing a broken system,” McConville said. “We think they’re pretty hard to argue with, and Sen. Manchin and many others have spoken to the fact that this is a system riddled with problems that need reform.”

McConville added that given Manchin’s preoccupation with the spending levels, it should give him solace that the oil and gas program changes included in the House Natural Resources bill would generate revenue that would, in turn, “be important for paying for other important investments in the bill.”

The problem is, many of the powerful interests that are aggressively lobbying Manchin — a longtime ally of the fossil fuel industry — against the reforms are also confident that the senator is actually in their camp.

“Thankfully, Chairman Manchin is very well educated on energy issues,” said Kevin O’Scannlain, the vice president of upstream policy at the American Petroleum Institute. “And he knows the impact” of the Democrats’ proposals, he added.

While environmentalists pushing the reforms concede they can’t be sure how Manchin will receive them, there are a few recent examples they find encouraging.

At an Energy and Natural Resources Committee hearing this past spring on the federal onshore leasing program, Manchin specifically took aim at the current noncompetitive leasing program, telling acting Bureau of Land Management Director Nada Culver it “makes no sense to me, at all.”

And Western state Democrats by and large support the reforms, proponents say, meaning that Manchin isn’t likely to be hearing complaints from members of his party.

“Manchin has to defer to the caucus to some extent and doesn’t get to unilaterally destroy everything because he’s beholden to the fossil fuel industry,” quipped Brett Hartl, government affairs director for the Center for Biological Diversity, who conceded that his progressive organization is strategically taking a back seat from lobbying the centrist Democrat on this and other issues.

But O’Scannlain countered that Manchin, a self-professed steward of public lands who strongly supports an “all-of-the-above” energy strategy, is not blind to what the proposed oil and gas program would achieve.

Take royalties, for example, O’Scannlain said, which the House Natural Resource Democrats approved for a more than 50 percent increase onshore. Or the 1,400 percent increase in minimum bond amounts for federal leases. Taken together, these reforms could deflate the oil and gas business on federal lands, and O’Scannlain insisted Manchin is aware of that potential outcome.

The senator is also likely conscious that a broken federal oil program is precisely what some progressive lawmakers want from these reforms, O’Scannlain continued: “We see a lot of skeptical comments from Senator Manchin about many of these provisions because he sees them for what they are.”

Industry groups and their allies are pushing hard to make their case against the reforms, to Manchin and to other Democratic moderates who might be sympathetic, specifically targeting those representing Texas.

“They have hundreds of thousands of oil and natural gas workers as their constituents, [and] they do have the anti-oil-and-gas provisions top of mind,” Kathleen Sgamma, president of the Western Energy Alliance in Denver, which represents many federal land drilling companies, said of Texas Democrats.

But while Manchin is a reliable ally for industry writ-large, many longtime industry lobbyists on federal lands say the sheer size of the reconciliation package means obscure federal oil fees and revenue mechanisms — while important to environmentalists — are largely under the radar of antagonists’ scrutiny.

Some of the proposals could slip past oil allies, because lawmakers and lobbyists are busy fighting over larger issues, said an energy lobbyist in Washington, noting that most oil advocates are focused on a separate proposal to impose a methane emissions fee and “doing everything they can to essentially strip it.”

Some pro-business lobbying groups have even officially stepped out of the reconciliation fight, at least in public, as a protest stance against its scope. Chamber of Commerce CEO Suzanne Clark came out against what she called the "tax-raising, job-killing" reconciliation bill last month. The Chamber declined to talk specifics for this story beyond that opposition.

Said Sgamma: “While Manchin seems to be feeling the whole weight of the bill … I wouldn’t say that the oil and gas provisions are particularly top of mind.”

Manchin is, in all ways, a question mark at this point. He is continuing to hold out on supporting the entire package, seemingly irked less by specific provisions than the staggering $3.5 trillion price tag.

And in the meantime, as he waits for a breakthrough on the topline number, it’s not clear what he’s doing to engage in the process of assembling priorities — his own and those of Energy and Natural Resources Committee Democrats — to fill out the portion of the reconciliation bill he is specifically in charge of overseeing and negotiating with his House counterpart, Natural Resources Chair Raúl Grijalva (D-Ariz).

There was at least one phone call two weeks ago between Manchin and Grijalva on the eve of the House panel’s markup of its $31 billion reconciliation bill that included oil and gas leasing reforms as among several revenue raisers.

Manchin also convened one Zoom meeting in August with his committee members to discuss their top asks in reconciliation, according to one Energy and Natural Resources Democrat. Manchin’s committee has been allocated $198 billion for the effort.

Other than that, several advocates told E&E News that outreach has been limited to staff-level conversations, and even then it hasn’t been clear what Manchin is prepared to fight for or against at the policy substance level as he urges his party to “pause” on the entire reconciliation process.

Asked directly what he was doing in the reconciliation arena in his role as chair of a committee of jurisdiction, Manchin refused to comment. A Manchin spokesperson did not respond to requests for comment regarding either Manchin’s Energy and Natural Resources outreach or his position on the oil and gas leasing reforms contained in the House bill.