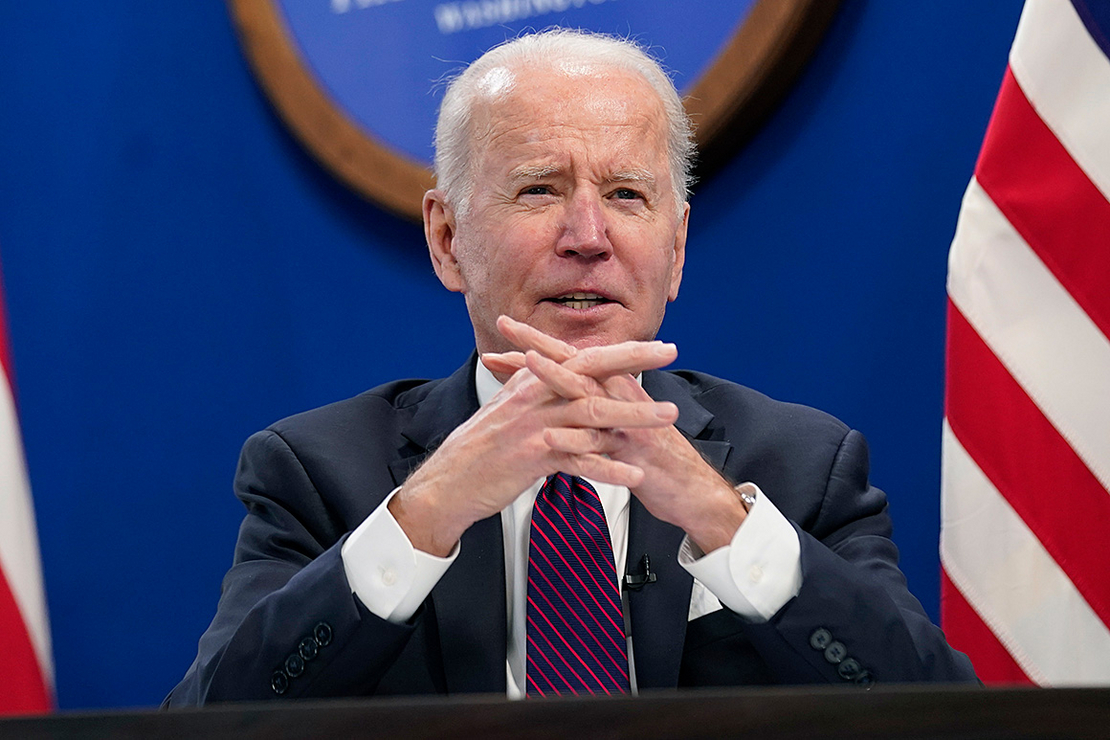 While the entire solar industry wants to see more panels and cells built in the U.S., there are differing views on how to get there. The current debate hinges largely on two questions: What should happen to Trump’s solar tariffs, and should Biden’s “Buy American” policy be changed?

“We’re at an inflection point for the industry,” said Scott Moskowitz, director of strategy and public affairs at Georgia-based Hanwha Q Cells, the largest solar manufacturing plant in the Western Hemisphere. Solar is “the cheapest form of energy that has ever existed — now that the industry has scaled, how are we going to make sure we install as much as possible?”

China currently dominates the solar manufacturing industry, supplying about 75 percent of solar equipment worldwide. Critics point out its factories are powered by coal and run by forced labor.

One of the first tests for Biden comes by Feb. 6, when he must decide whether to extend the Trump Section 201 tariffs on solar panels and cells that supporters say saved the sliver of the U.S. manufacturing sector that existed. Tariff critics say they did little to boost the U.S. solar industry.

But less attention has been given to another policy approach Biden often promotes: buying American. In recent months U.S. solar manufacturers say they hope the administration will build on the “America First” inclinations espoused by former President Trump.

They are pressing Biden to expand the administration’s Buy American plan. Last year, Biden opened a dedicated office in the White House and issued an executive order to strengthen policies to increase the U.S. content in products that the federal government buys — everything from helicopter blades to office chairs (E&E News PM, Jan. 19).

On Capitol Hill, Democratic Georgia Sens. Jon Ossoff and Raphael Warnock have in recent months urged the Office of Management and Budget to close what they say is a loophole in the Biden plan. Currently, it requires the federal government to buy U.S.-made solar panels but does not apply to power purchase agreements that power federal buildings.

Requiring the purchase agreements to be supplied by solar “would ensure that the federal government’s procurement of clean energy not only supports our collective goals to tackle the climate crisis, but also supports good-paying American solar manufacturing jobs such as those based in Georgia,” the pair wrote in a letter last September to acting OMB Director Shalanda Young, who will soon face Senate confirmation to be Biden’s budget director.

OMB has not said whether it intends to alter Biden’s policy, but last week it issued a press release saying it created a “Made in America” council to better track $600 billion in total yearly federal procurement spending.

After all, the federal government “is the single-largest consumer of electricity and fuel in the country,” General Services Administration chief Robin Carnahan recently told E&E News.

Carnahan said that when the government buys more clean energy, it will catalyze the rest of the market.

“And so, if we can say, we’re going to be looking for carbon-pollution-free sources of energy and signal that to the market, it can create net new renewable and carbon-free energy on the grid,” she said.

Yogin Kothari, a vice president at Boundary Stone Partners, a government affairs firm founded by Obama energy alum added: “If the federal government is going to be buying more clean energy, the clean energy it relies on should be made in America.”

President Biden entered office promising to accelerate the clean energy transition in the U.S. and create 10 million American jobs along the way. On Friday, the president again touted the country’s commitment to clean energy, pointing to infrastructure dollars already being funneled into communities throughout the country (E&E News PM, Jan. 21).

“To confront the climate crisis, we deployed more solar, wind, batteries, electric vehicles than ever before,” Biden said, even as recent reports from the U.S. Energy Information Administration show U.S. fossil fuel production is expected to hit new highs next year.

Meanwhile, the main industry trade group, the Solar Energy Industry Association, has been lobbying the administration not to extend solar tariffs enacted by Trump, emphasizing supply chain woes. Those tariffs were enacted in 2018 at a 30 percent rate and have stepped down every year since.

“The cost is just too high,” said John Smirnow, a vice president at the trade group. “Tariffs are just not the way to incentivize investments and need.”

He argued any boon for jobs from the existing tariffs did not outweigh the cost for the sector at large. “We added maybe 1,200 jobs total at the cost of billions of dollars,” he said in an interview Friday.

Instead, he asserted a robust solar manufacturing industry hinges on the passage of the “Build Back Better” bill under negotiation in Congress — which in its current form, includes tax credits for every point of the solar equipment supply chain — from modules to photovoltaic cells to polysilicon.

“We’ve heard the administration say it wants a balanced approach,” he said. “The first thing it should do is look at the cost benefit analysis and not extend the tariffs.”

The anti-tariff position was amplified last week by one group of lawmakers led by Sen. Jacky Rosen (D-Nev.), who argued the fee on solar panel imports hurts the sector’s growth and the country’s ability to fight climate change (Energywire, Jan. 20)

But there are competing views in Congress. On Thursday, a group of bipartisan senators — led by Ohio Sens. Rob Portman (R) and Sherrod Brown (D) — urged the president to keep the tariffs in place. The lawmakers called for a four-year tariff extension to also apply to bifacial solar modules, which are currently exempt.

“[T]he temporary support to domestic industry provided by the safeguard also helps preserve the interests of the United States in pursuing improved environmental quality and human rights,” the lawmakers wrote. “We do not accept the premise that the only way for our country to invest in renewable energy sources is to remain dependent on Chinese-produced, and other imported, goods.”

According to Nick Iacovella, a senior vice president at the Coalition for a Prosperous America, China has added 38 gigawatts of coal-fired power plants in the last year alone to support the energy-intensive process of turning silicon rocks into polysilicon.

“There actually is a climate change negative to be dependent on the Chinese,” said Iacovella, who supports the tariffs.

In their letter, Portman and Brown cited the U.S. International Trade Commission, which recommended Biden extend the tariffs in November. Staffers at the Commerce and Labor departments reportedly concurred. The White House did not return a request for comment Friday.

More broadly, Hanwha Q Cells’ Morokwitz argued that the question of tariffs is often framed as manufacturing versus deployment. But he thinks that’s a false choice.“U.S. solar installations have reached record highs the last four years,” he texted Friday. “With deployment greatly exceeding all solar forecasts from both before and after the [Section 201 tariffs] went in place, precisely because solar is competitive even when manufactured in the U.S.”