Inside Biden’s network of climate advisers 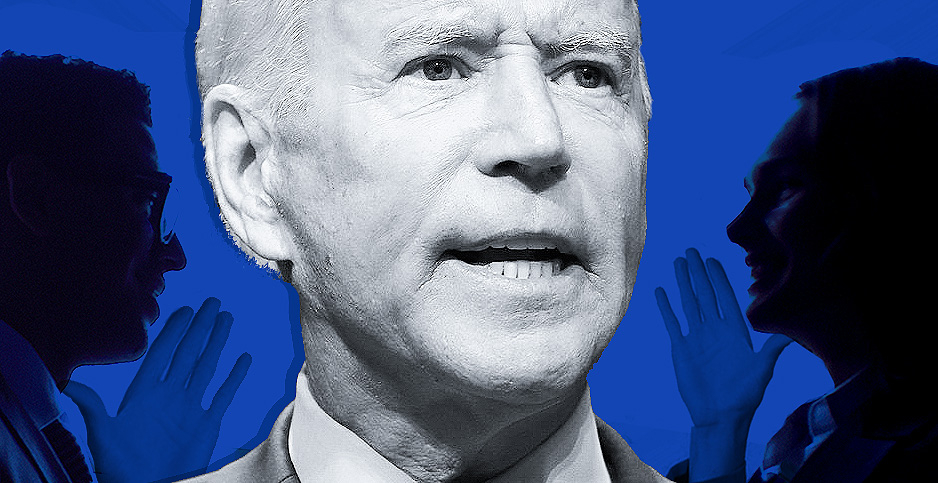 Former Vice President Joe Biden had already assembled a task force of activists and liberal officials to rewrite his climate plan. But there was a problem: Organized labor hadn’t been invited to the weekly Zoom calls.

Biden had tailored his presidential campaign to accommodate the unions that build and maintain natural gas projects, and unions had returned the favor by boosting Biden’s candidacy during his lowest points in the Democratic primary.

So the campaign quietly added a member to its climate task force: Democratic Rep. Conor Lamb, whose gas-heavy Pennsylvania district had voted for Donald Trump in 2016. Lamb had already distinguished himself as a defender of Biden’s support for hydraulic fracturing.

Since he became the presumptive Democratic nominee, Biden has rolled out more than 100 pages of new policy under the auspices of publicly announced task forces, an unusual level of transparency for a presidential campaign. But his team has been tight-lipped about Biden’s sprawling circle of formal and informal advisers.

That’s been especially true for climate issues, on which Biden is being pulled in several directions at once. He faces the demands of progressives who view him with suspicion; the economic concerns of his moderate and blue-collar base; and a Republican campaign apparatus attacking his plans as job killers, sometimes relying on falsehoods to do so.

Biden is navigating those crosscurrents with advice from several former Obama administration officials — including some who have cultivated ties to industry — as well as former rivals, activists and union leaders. Some of them, like environmental justice advocates, say it’s the first presidential campaign to take them seriously.

Cecilia Martinez, co-founder of the Center for Earth, Energy and Democracy, said environmental justice leaders have gotten a level of access to the presumptive Democratic nominee’s policy aides that’s almost unheard of.

"It’s the first time in [the environmental justice] world that the candidate has reached out so early," she said.

Biden’s first climate plan outlined a range of environmental justice problems, but it included few specific policies to address the disproportionate effects that climate change will have on people of color.

The campaign also elevated Martinez and another environmental justice leader, Harold Mitchell Jr., to Biden’s Climate Engagement Advisory Council. The group focuses on mobilizing voters, but it also includes figures who have played a significant role in fine-tuning Biden’s climate posture, like Lonnie Stephenson, president of the International Brotherhood of Electrical Workers, who had been one of the loudest voices in the party opposing the Green New Deal.

So even as some activists have called Biden’s plan a Green New Deal in all but name, Stephenson said it has key differences that stem from unions being at the table.

"I’ve got to tell you, I’ve gotten pushback from some of my members that come from that coal industry. But this is different than what it was four years ago, because we are having some input," he said.

"They’re not just hearing the Democratic Party say they’re going after coal. They’ve softened the talk. [Workers] all know in reality where it’s going to go, but it’s not like a rub-it-in-your-face-type conversation."

"Our campaign is proud of the work that we have done to bring people representing a broad swath of background and experience into our process," it said in a statement, pointing to union support for Biden’s climate plan.

Stef Feldman, Biden’s policy director, has played a major role in shaping his climate plans. She worked on energy and environment issues for Biden when he was vice president. After the Obama administration, she stayed in his orbit by working as the policy director of the University of Delaware’s Biden Institute.

Another person involved is Ali Zaidi, a former Obama White House official who held several climate-related roles, including the Office of Management and Budget’s associate director for natural resources, energy and science. He also worked in the Energy Department and on the Domestic Policy Council. Since the Obama administration ended, he’s taught at Stanford University and held senior climate roles under New York Gov. Andrew Cuomo (D).

Zaidi also advised the presidential campaign of Beto O’Rourke (D), who was among the first 2020 candidates to release a climate plan. O’Rourke, a former congressman from Texas, proposed spending $5 trillion over a decade — a rate Biden has roughly adopted in his new plan by pledging to spend $2 trillion in his first term.

Also in the mix is David Kieve, who has been tasked with outreach to green groups and environmental justice leaders. A founder of the political consulting firm Hilltop Public Solutions, he’s worked with several campaigns, including Bill de Blasio’s successful 2013 race to be mayor of New York.

Last week, Kieve and Zaidi gave an hourlong presentation on Biden’s energy plans to Clean Energy for Biden, a group that has raised more than a half-million dollars for the campaign, according to a Facebook post by the Democratic Party of Lorain County, Ohio. An official with the county party declined to comment on the event.

Cristóbal Alex, a senior campaign adviser who served on Biden’s immigration task force, has been involved in climate policy, too. He was among the staffers who met with climate activists after Biden clinched the nomination. In the past, he was a board member for the League of Conservation Voters.

For instance, Biden’s campaign weathered criticism last year after Heather Zichal, climate czar in the Obama White House, who later sat on the board of a natural gas company, described Biden as seeking a "middle ground" on climate.

Reuters quoted Zichal as part of a group advising Biden on climate change, but the Biden team has said she wasn’t part of the campaign.

Biden’s campaign has also drawn advice from an informal network of Obama Energy Department alumni, according to a source familiar with the campaign’s outreach.

Brian Deese, a former senior adviser to Obama on energy and climate, has also been working with the campaign. Deese is now global head of sustainable investing at BlackRock Inc., the world’s largest investment firm.

Jason Bordoff, a former White House energy adviser who advocated exporting fossil fuels, and former State Department official Amos Hochstein, who has since worked for a natural gas firm, are also in activists’ crosshairs, according to Bloomberg.

But others have seen something different in the variety of people influencing Biden’s climate plan: a broad, durable coalition that’s balancing traditional powers with the rising influence of Black and grassroots organizers.