Inside EPA’s contract ban for a Trump-era appointee 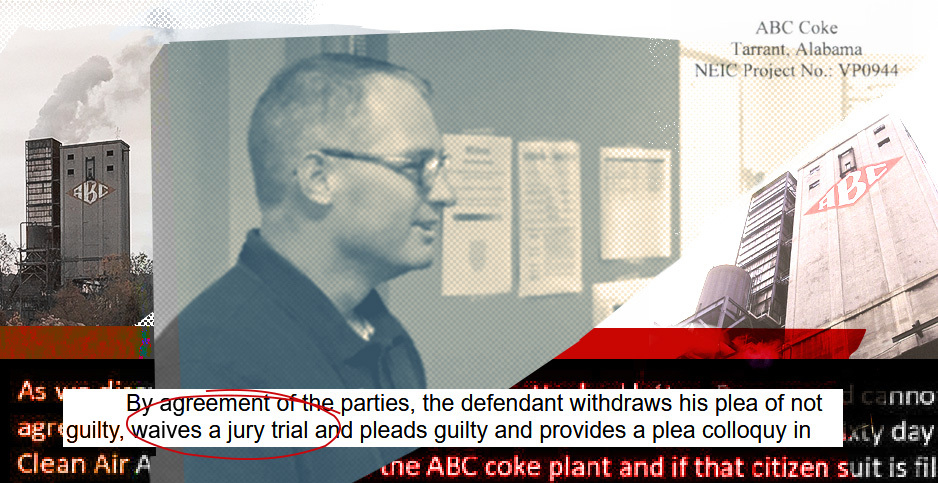 EPA, stretching over two administrations, first suspended and then barred from federal contracts a Trump-era Southeast regional director, who exited the agency with ethics troubles.

Records obtained by E&E News under the Freedom of Information Act shed more light on how the contract ban for Trey Glenn, who led EPA Region 4, came to fruition. They show EPA officials took note of the Alabama political scandal that led to Glenn’s resignation from the agency in 2018.

At the scandal’s seamy core was a bribery scheme to shield Drummond Co. Inc., an influential Birmingham-based coal firm, from financial cleanup responsibility for a Superfund site in a predominantly Black, low-income area. Glenn, then a $250-an-hour consultant, and a business partner played supporting roles on Drummond’s behalf.

“On the one hand, it’s unusual,” Steven Schooner, a government procurement law professor at George Washington University Law School, told E&E News. “On the other hand, it makes perfectly good sense in this context.”

The documents also show that the agency didn’t follow a recommendation to bar Glenn from federal contracts for five years. Instead, EPA kept that ban a year shorter.

Duc Nguyen, EPA’s suspension and debarment official, said he had considered the Suspension and Debarment Division counsel’s recommendation of a debarment for five years “and weighed all the mitigating factors applicable in this matter.”

“After careful consideration of the entire administrative record, I have concluded that a four-year debarment term is required to protect the Government,” he said in a letter to Glenn, signed in April last year.

In a memo dated December the year before, SDD had recommended Glenn be debarred for up to five years, citing several reasons, including that the former regional administrator’s “conduct evidenced a scheme to cover up or disguise misconduct demonstrating a keen awareness of wrongdoing and a special attention to deceit.”

“Think of it this way: a ‘suspension’ is capped at one year,” Schooner said. “Anything longer, particularly a debarment of three or more years, is typically perceived as an economic death sentence.”

EPA spokesperson Tim Carroll told E&E News that Nguyen, based on his assessment of the evidence, “determined that a four-year debarment term was necessary to protect the public interest.”

Glenn could not be reached by E&E News for this story. Matt Hart, who was Glenn’s lawyer for his ethics case, didn’t respond to questions.

Hart had no comment on Glenn’s debarment when contacted last year after the ban was disclosed in a semiannual report by EPA’s Office of Inspector General (Greenwire, Nov. 24, 2021).

‘A lack of business integrity’

Records show the push by EPA to ban Glenn from federal contracts had begun years earlier and appeared to escalate as the case against him gathered steam.

In 2018, Glenn, then head of EPA’s Southeast office, was indicted in a case referred by the Alabama Ethics Commission dealing with his past consulting work for Drummond. He soon resigned from the agency (E&E News PM, Nov. 19, 2018).

“As you know, unfounded charges have been levied against me that I must and will fight,” Glenn said in his resignation letter addressed to then-Administrator Andrew Wheeler. “I will not allow this fight to be a distraction for our team.”

Then on Feb. 8 the following year, Glenn was given a superseding indictment where prosecutors dropped some charges against him. EPA’s debarment division took notice.

“The following facts have come to my attention and are offered in support of this request for the immediate suspension” of Glenn from federal contracts, the division recommended in a March 21, 2019, memo.

EPA filed the memo recommending Glenn’s suspension when the agency “obtained documentation of the criminal action against Mr. Glenn in February 2019,” Carroll with EPA said.

The memo said Glenn’s indictment indicates “a lack of business integrity or business honesty that seriously and directly affect his present responsibility.” Further, his alleged misconduct “indicate that action is necessary to protect the public and integrity of federal programs.”

The memo also noted who shared Glenn’s indictment with the debarment division. “The EPA Office of the Inspector General submitted the Indictment this matter to EPA SDD,” according to the record.

“EPA OIG declines to comment,” Lori Hoffman, a spokesperson for the watchdog office, told E&E News when contacted for this story.

EPA subsequently sent Glenn a notice of suspension the following April, saying he was immediately suspended from “participation in future federal contracts and assistance activities.”

Then in 2020, Glenn pleaded guilty to three misdemeanor ethics violations and paid a fine. His one-year jail term was suspended, and he was placed on two years of unsupervised probation.

EPA followed up in the December 2020 memo, recommending the continued suspension of Glenn and proposing debarment for him up to five years. It also noted the case had been investigated by EPA’s inspector general.

Attached to the memo were court filings, business records and information from EPA.

The agency then sent Glenn notice of that action, noting he “has had or is reasonably expected to have a business relationship with the Federal Government.”

Then, Glenn was sent his debarment decision, dated April 2 last year. It noted to date, Glenn had not responded to EPA. It also said Glenn was “not a responsible contractor/participant;” showed “a lack of business integrity and honesty;” and was “an unusual risk to the integrity of federal programs.”

“The debarment will terminate April 9, 2023,” the decision said.

Carroll, the agency spokesperson, said, “The debarment period is inclusive of the time Mr. Glenn was previously suspended.”

EPA’s IG office also rounded up Glenn’s tribulations in a report. The watchdog office had been in touch with the debarment division, with an OIG special agent receiving from the division the decision banning Glenn from contracts.

Glenn is listed on a federal contracting database’s exclusion list.

So is a firm also mentioned in the documents that Glenn is associated with, Southeast Engineering & Consulting LLC. The firm’s contract ban ends on the same day as Glenn’s in 2023.

E&E News didn’t find any federal contracts for SEC or Blue Ridge Consulting Inc., the latter listed as a former employer of Glenn’s on his recusal statement. STRADA Professional Services LLC — another former employer included on Glenn’s recusal — had at least twocontracts, according to a federal database.

It’s unclear whether Glenn is currently affiliated with either company. Attempts to reach SEC’s registered agent were unsuccessful. STRADA employees did not reply to a message sent this week through the company’s online contact page.

Last fall, Glenn’s LinkedIn page — since taken down — showed that he was then working for the U.S. affiliate of Litostroj, a Slovenian-based supplier of hydropower equipment. A Litostroj manager did not reply to an emailed request yesterday for information on Glenn’s employment status with the company.

Schooner said it is common not just to suspend or debar companies but also include their executives and key personnel.

EPA spokesperson Carroll said Glenn is not an agency contractor and EPA is not aware of any contracts he may have with another agency.

Yet EPA determined that without suspension or debarment, Glenn “would be reasonably likely to have a business relationship with the federal government,” Carroll said, considering Glenn’s experience as an EPA regional administrator, director of the Alabama Department of Environmental Management and consulting work.

Contract bans at the federal level often occur. Agencies issued 415 suspensions and 1,256 debarments governmentwide in fiscal 2020, according to a report from the Interagency Suspension and Debarment Committee.

Glenn’s contract ban wouldn’t prohibit state or local agencies that receive EPA funding from doing business with him, but it’s common for those entities, along with international groups, to “piggyback” on the federal government’s exclusion list, according to Schooner.

“If the Americans don’t want to do business with a firm or individual, why should we?” he said.

Prison time for others

Now doing time in the same minimum-security prison are the two central figures in the scheme to pay off a then-Alabama state legislator to oppose the proposal to add the Birmingham-area Superfund site to the National Priorities List, a designation that could leave Drummond liable for millions of dollars’ worth of cleanup liabilities.

After the 11th U.S. Circuit Court of Appeals last year rejected their bids to overturn their respective 2018 convictions, David Roberson, once Drummond ‘s government affairs chief, and Joel Gilbert, a former partner with the well-known law firm Balch and Bingham LLP, began serving their sentences at Federal Prison Camp Montgomery, located at Maxwell Air Force Base in Alabama. Roberson is scheduled for release in December 2023, Gilbert in January 2026, according to the Bureau of Prisons website.

Still awaiting trial in Alabama state court is Scott Phillips, Glenn’s business partner at Southeast Engineering. Both also shared connections with the Alabama Department of Environmental Management. Glenn had been the department’s director from 2005 to 2009; Phillips sat on the department’s governing commission from 2002 to 2017 while also working at the engineering firm for at least some of that time.

According to prosecutors, Phillips allegedly traded off his state position to help Drummond. He has pleaded not guilty. While his trial is set to begin Monday, according to a court filing, that date is not expected to stick. It’s unclear whether plea negotiations are under way.

In an email yesterday, Ben Espy, one of Phillips’ attorneys, cited the “pending litigation” in declining to discuss the case’s status. He also declined to say whether Phillips is still playing any role at SEC or affiliated firms.

According to records maintained by the Alabama secretary of state’s office, Southeast Engineering still exists, but its last annual report dates back to 2018 — the same year that Glenn and Phillips were indicted.