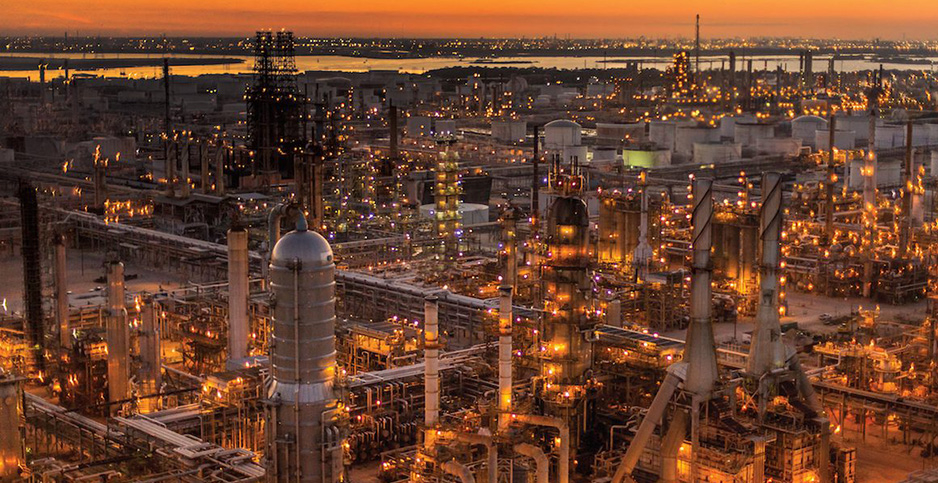 When a federal judge in 2017 slapped a roughly $20 million fine on Exxon Mobil Corp. for air pollution permit violations, the penalty might have seemed shrug-worthy for a company that reaped almost $20 billion in earnings that year.

Instead, in a case that could be decided any day now, Exxon has mounted an aggressive appeal of the fine, which stemmed from operations at its vast Baytown refinery and petrochemical complex near Houston.

Central to the company’s argument: that the plaintiffs in the lawsuit lacked legal standing to contest most of the violations that led to the fine. In place of almost 16,400 days of permit violations cited in the judge’s opinion, the company says it’s financially responsible for just 40 days, warranting "at most" a $1.5 million penalty, according to a brief filed last year with the 5th U.S. Circuit Court of Appeals.

At stake is what environmental groups say is the largest fine ever levied in an environment-related citizen suit. At oral arguments in November, members of a three-judge panel appeared to take a skeptical view of Exxon’s stance, according to a recording posted on the 5th Circuit’s website. Should the panel side with the company, however, it could chill prospects for future citizen suits and potentially let companies off the hook for permit violations, said Luke Metzger, executive director of Environment Texas, one of the plaintiffs in the original legal challenge.

"It would be really damaging to our environment and to citizens’ rights to hold polluters accountable," Metzger said.

"The court has recognized that none of the events in question actually or potentially harmed public health or the environment," Guthrie said.

The case has caught the attention of national business lobbies like the U.S. Chamber of Commerce and the American Fuel & Petrochemical Manufacturers who joined with Texas business groups in filing a friend-of-the-court brief on Exxon’s behalf last year.

The court’s ruling could arrive as the Houston area is grappling with the fallout from a massive blaze last week at a petrochemical terminal (Energywire, March 25).

Whatever the outcome, Exxon’s appeal has prolonged a seesaw court battle that dates back to 2010, when Environment Texas and the Sierra Club filed the suit, charging that the Baytown complex had discharged more than 8 million pounds of air pollutants above permitted levels during the preceding five years. The complex includes one of the nation’s largest refineries, capable of processing more than 550,000 barrels of crude a day. The excess pollutants included carbon monoxide, sulfur dioxide and carcinogens like benzene.

Besides suffering from chest congestion, fatigue and itching eyes, the groups’ members who lived nearby "worry that the complex’s excess emissions heighten the risk of cancer," according to the suit, filed with the U.S. District Court for the Southern District of Texas.

After years of legal jockeying, the proceedings resulted in a 2014 non-jury bench trial that spanned 13 days and furnished an intimate look at the Baytown complex’s compliance record. Judge David Hittner ultimately sided with Exxon, saying the bulk of the evidence showed it had made a "good faith effort" to comply with the Clean Air Act (Greenwire, Dec. 22, 2014).

Environment Texas and the Sierra Club, which had sought almost $650 million in fines, appealed to the 5th Circuit. In a 2016 ruling, the appeals court overturned Hittner’s decision, partly on the grounds that he had failed to account for the economic benefit Exxon had gained by delaying four pollution control projects (Greenwire, June 1, 2016). That benefit was the basis for the almost $20 million fine that Hittner imposed the next year, while also factoring in a punitive "multiplier" and a fine previously imposed by state regulators (Greenwire, April 27, 2017).

But even to Exxon, one of the world’s biggest energy firms, "$20 million is a lot of money," David Nicholas, one of the lawyers representing the two environment groups, said in an interview. In the brief filed last year as part of its appeal to the 5th Circuit, the company wrote that total pollutant emissions at the Baytown complex for the years in question fell far below the annual amounts allowed by its air permits.

The company also revived its calls for a "disciplined approach" to the issue of legal standing that hinged on being able to make a direct connection between specific violations and health problems or other harms — such as headaches or pungent odors — suffered by nearby residents. By the company’s count, there were a total of only five "actionable" emissions events that would add up to 40 days’ worth of violations. Under the approach adopted by Hittner, they wrote, standing was instead dispensed "in gross."

In their rebuttal, lawyers for the environmental plaintiffs disputed the company’s "violation-by-violation" approach to legal standing. "This is a policy argument through which Exxon seeks to restrict Clean Air Act enforcement" in a manner contrary to the Constitution, settled case law and "the express intent of Congress," they wrote.

Unlike in a lawsuit for damages, Nicholas said, plaintiffs in a citizen suit have to show only "a sufficient stake" in the controversy to get into federal court. Because the plaintiffs in the Exxon suit live close to the Baytown complex, Nicholas said, "they have a stake in full compliance by the company" and want Exxon to fully meet its permit limits.

While courts in other citizen suits have repeatedly rejected the argument that plaintiffs need to "link up" permit violations with evidence of specific harm, Nicholas said, he declined to predict how the 5th Circuit will rule in this case. The makeup of the three-judge panel weighing the company’s appeal differs from that which issued the 2016 decision; standing typically refers to the plaintiffs’ ability to show an alleged harm that could be redressed through court action. Exxon had also unsuccessfully raised the standing issue during the lower-court phase of the suit.

Almost all the violations in the Baytown litigation pertained to hourly permit limits, Nicholas and other attorneys wrote in their brief; they also faulted Exxon lawyers for claiming they were seeking "a windfall" when the penalty money in fact goes to the federal treasury.

Allied with Exxon are the U.S. Chamber and a half-dozen other national and Texas business groups. "By adjudicating legal violations without evidence that they caused concrete injuries, the district court departed from the role of a judge deciding a case or controversy and assumed the role of regulatory enforcer and policymaker," they wrote in their friend-of-the-court brief.

Backing the plaintiffs are the city of Houston and surrounding Harris County, along with another environmental group, Air Alliance Houston. The county is home to more than 4.5 million people whose health could be threatened by the chemicals released by Exxon, they wrote in a separate friend-of-the-court brief.

"Exxon’s violations require a meaningful remedy if the law is to be taken seriously," they wrote, "by Exxon itself and by other emitters of pollution that must comply with Clean Air Act permits."