Inside Interior during the Jan. 6 attacks 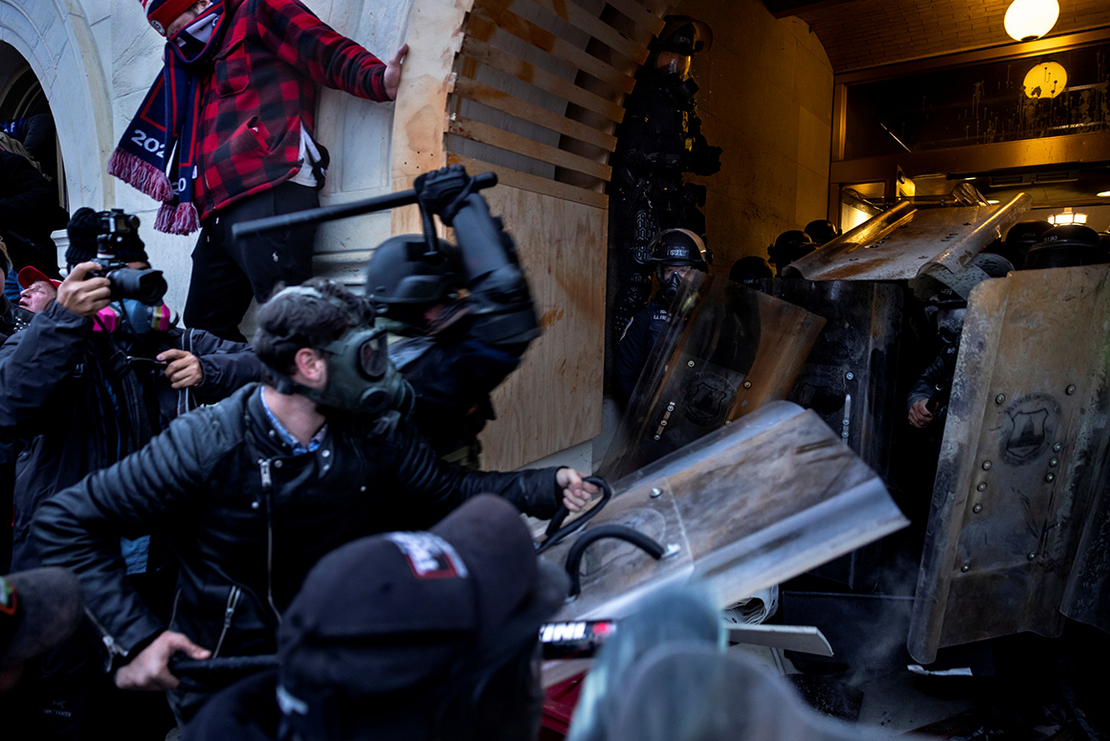 On the morning of Jan. 6, 2021, a senior Trump administration official at the Interior Department fired off an email urging his colleagues to tune into the Electoral College vote count at the U.S. Capitol.

“Maybe I’m a complete political nerd … but it will be worth watching,” wrote Cole Rojewski, director of Interior’s Office of Congressional and Legislative Affairs.

Rojewski circulated details about how to watch the proceedings set to kick off at 1 p.m. about 2 miles away from Interior’s Washington headquarters.

That email was released in response to a Freedom of Information Act request for the communications of Interior’s chief of staff, Todd Willens, on the day that protesters supporting former President Donald Trump breached the Capitol. On that day, lawmakers had convened to certify President Joe Biden’s victory against Trump.

The enthusiasm over the proceedings in Congress early in the day was followed by security updates as protesters pressed into the Capitol and shots were fired, the emails show. By that evening, Interior Secretary David Bernhardt was drafting a statement condemning violence at the Capitol, and the department’s employees in the region were being encouraged to work remotely the following day.

The “day was planned as any normal day before that,” Willens told E&E News today in an email.

Interior political appointees had received instructions the previous day about how to submit their resignation letters and start their off-boarding process as they prepared to leave the Trump administration later that month.

Resignation letters started to stream into Willens’ inbox. Doug Domenech, assistant secretary for insular and international affairs, wrote that afternoon: “Per the instructions, I am submitting my resignation pending the final outcome of the certification of electors.” William Perry Pendley, deputy director of policy and programs for the Bureau of Land Management, sent a draft copy of his resignation letter.

Much of Interior’s staff was still working remotely that day, Willens said, although senior political and career staff had been coming into their offices regularly for about nine months preceding Jan. 6.

Interior officials received an update on the coronavirus pandemic that morning that detailed the confirmed cases and fatalities within the department, the emails show. At that point, 20 Interior employees had died from Covid-19, including two Bureau of Indian Affairs employees who had died the previous day.

During the afternoon of Jan. 6, Interior officials received security updates that protesters had broken into the Capitol.

“The U.S. Capitol Police has initiated a shelter in place order for the U.S. Capitol in response to an access breach of the complex,” said an email to Bernhardt and other agency officials from Interior’s Office of Emergency Management. “There are currently no threats or impacts to the Main Interior Building,” the 3:44 p.m. email said.

Another email at 3:44 p.m. from Bernhardt’s scheduling director said, “I understand the Secretary of Defense needs to speak to Secretary Bernhardt. Secretary Bernhardt is at the interior building and can do a secure call in the [secure facility].” A follow-up email from Willens at 4:55 said Bernhardt planned to take the 5 p.m. call from his office.

It’s not clear from the emails who participated in the call or whether it took place. Willens said today that the call “appears from the record to have been in place before January 6th and had moved a couple of times on account of scheduling issues.” He added: “It was not unusual for the Secretary or myself to be in communication with DOD on policy or other issues. The same as with other departments within the Administration.”

An email update just after 5 p.m. sent to Interior officials described how protesters “pressed their way into the U.S. Capitol” and law enforcement “reports there were shots fired in the chamber of the House of Representatives.” The Washington Monument was closed “for security reasons,” the email said, adding that there had been “no reported impacts to DOI personnel, facilities, or lands.”

Willens and Nick Goodwin, the Interior communications director, decided not to respond to a question from E&E News that day about whether Bernhardt would consider invoking the 25th Amendment to remove Trump from office after the president urged protesters to march to the Capitol ahead of the attack.

“We will not respond to that one,” Willens wrote.

That evening, Bernhardt sent a draft statement about the attack on the Capitol to Willens and Goodwin, the emails show.

“I and the American people appreciate the efforts of the tremendous United States Park Police to responded to assist the needs of the US Capitol Police, while also continuing to protect our national parks and monuments,” Bernhardt wrote. “Lawlessness can not be tolerated. It will be dealt with with dispatch and severity.”

Goodwin replied: “In thinking about this more, you should put out a statement.” He offered suggested edits.

Soon after the email exchange, at 7:23 p.m., Bernhardt tweeted the edited statement.

“Today’s violence and lawlessness at the U.S. Capitol cannot and will not be tolerated,” he wrote. “Our brave men and women in the U.S. Park Police responded with dispatch to assist the U.S. Capitol Police, while also continuing to protect our national parks, memorials and monuments. Thank you law enforcement for your service and unwavering commitment to securing peace,” he added.

Bernhardt said today in an email: “The statement reflected my deep appreciation for the actions the U.S. Park Police took on January 6 to assist the needs of the U.S. Capitol Police to help protect members of Congress and the Capitol premises, while also protecting our parks and monuments.”

He added: “Their response to the lawless events on January 6, merited appreciation by all Americans. This is particularly the case because throughout the summer of 2020, the U.S. Park Police had been subjected to unfair and inaccurate criticism by various members of congress, and despite that criticism without hesitation they responded to help protect those very critics.”

Park Police faced scrutiny that summer for the tactics they used to disperse protesters outside the White House before Trump walked across Lafayette Square to pose for photographs in front of the historic St. John’s Episcopal Church (E&E Daily, June 3, 2020).

On the evening of Jan. 6, Willens sent a message to Interior employees in the National Capital Region urging them to “exercise maximum telework” the following day.

He wrote, “Thank you for continuing to perform your duties in exceptional ways and keeping the Department’s many missions on track in light of all current events.”