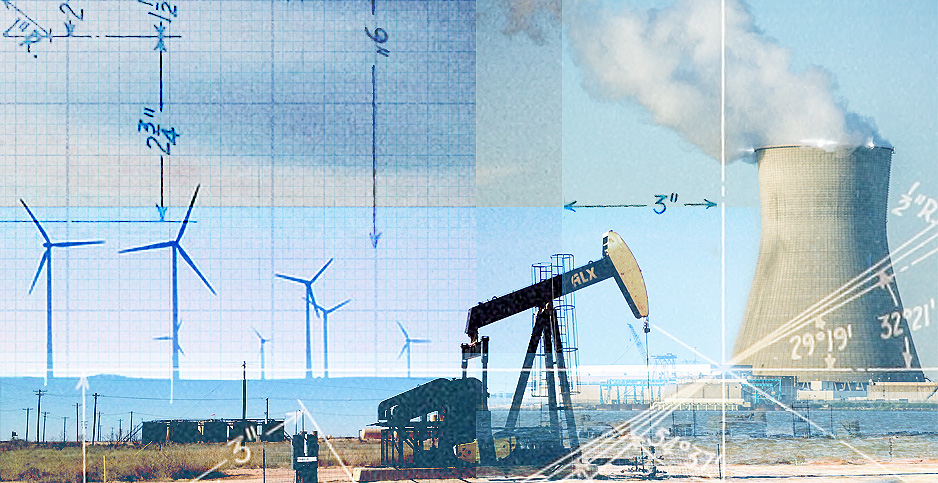 It takes just two words and a date to state President-elect Joe Biden’s goal for eliminating carbon emissions from the U.S. electric grid.

How to do it is something else entirely.

The goal is a "least-cost, least-regrets" solution to the clean energy challenge, E3 senior partner Arne Olson said in an interview with E&E News. The calculations combine predictions of electricity demand over decades and different combinations of new grid resources, again and again, until the model finds the "sweet spot" — dramatically lower carbon emissions at the lowest expense, with enough reserve power to keep the grid from crashing.

Twenty-three states and the District of Columbia have specific goals for reducing greenhouse gas emissions, according to the Center for Climate and Energy Solutions. But detailed scenarios for meeting the targets are only now being written for parts of the country where climate change is a policy priority, including the U.S. Northeast, where E3 recently crunched numbers for a New England low-carbon road map.

Even with the sharp partisan divide over the climate threat between Republican- and Democratic-led states, Olson said the climate case is slowly winning out.

"Maybe I’m just an eternal optimist, but to me, the reality of climate change is getting harder and harder for people to ignore when you see what’s happening with fires, hurricanes and sea-level rise," he said. "Companies and governments everywhere are already having to make decisions about climate adaptation. The industry, from what I can see, is crying out for some kind of regulatory certainty when they’re having to make investments that have 20- to 50-year lives."

The search for something closer to certainty has kept Olson’s firm busy.

In addition to last month’s New England study, prepared with the Energy Futures Initiative think tank, E3 did the modeling for a report this month by three California regulatory agencies titled, "Charting a Path to a 100% Clean Energy Future." It has analyzed grid decarbonization strategies for the Pacific Northwest; Hawaii; and the PJM Interconnection, which operates the grid for 13 Great Lakes and mid-Atlantic states.

The studies for California and New England prescribe construction of an enormous number of new power plants, creating new threats to grid stability if planning is off-target, according to E3 reports.

California’s S.B. 100, enacted in 2018, directs the state to achieve 100% zero-carbon electricity by 2045. According to E3, that requires record-setting renewable power installations every year until then. The amount of utility-scale solar power and wind farm capacity added annually would have to reach roughly three times the average annual installations over the past decade.

Meeting economywide low-carbon goals for 2050 in the six New England states would require total electricity use to climb by between 60% and 90%, as electric vehicles dominate and most buildings convert from gas or oil heat to electric heat pumps, the plan said (Energywire, Nov. 17).

The analysis solved that challenge by adding as much as 64,000 megawatts of new renewable generation and 3,500 MW of imported hydropower from Canada.

But it’s not all clean energy.

In a challenge to progressives and environmentalists in the Biden constituency who want to ban fossil fuels, the model also adds 34,000 MW of natural gas-fired power plant capacity that it says is required to back up variable wind and solar power at an affordable cost in New England.

The fact that the New England study was funded by Calpine Corp., the largest U.S. generator of electricity from natural gas, is just the sort of association with the fossil fuel industry that stirs progressives’ anger. The report states, "While Calpine provided input and perspectives regarding the study scope and analysis, all decisions regarding the analysis were made by E3 and EFI" — the latter referring to the think tank led by former Energy Secretary Ernest Moniz.

The analysis boosts the argument of some groups that say natural gas should be a part of the electricity mix in the near future. The Progressive Policy Institute yesterday released a report calling for the Biden administration to embrace carbon capture technology and tighten methane regulations to keep gas-fired power plants as a "backstop" to wind and solar resources.

"The U.S. electric grid faces a dual challenge: meeting growing demand for power while also decarbonizing the energy it supplies, which is essential to avert catastrophic climate change," energy consultant Clayton Munnings, author of the PPI report, said in a statement. "If the report recommendations are adopted, natural gas can continue to play an important role in meeting these challenges, and achieving President-elect Biden’s zero carbon emissions goal for the nation’s power sector by 2035."

The issue of industry funding also arises in E3’s analysis of various strategies to meet decarbonization goals in the PJM region, which was paid for by the Electric Power Supply Association, a group of power plant operators and energy producers that include major oil and gas firms.

On the other side, the client list also includes the California Energy Commission, which hired E3 during the administration of Gov. Jerry Brown (D), a prime mover of the state’s clean energy policy.

The firm also has a testimonial from Ralph Cavanagh, co-director of the Natural Resources Defense Council’s energy program, who says, "Stakeholders of all stripes rely on E3’s rigorous, unbiased analysis to inform public policy discussions."

Olson said that as a private firm, it doesn’t chart its own research agenda, as academic researchers do. "We have developed models to help us answer questions our clients have," he said. E3 was acquired in 2019 by Anaheim, Calif.-based Willdan Group Inc., a professional services provider, for $44 million in cash and shares.

The role that gas plays in backing up wind and solar is a result of the modeling, not an outcome determined in advance, he said.

"We are really trying to understand what resources are needed to maintain reliable electricity service under a deeply carbonized power system," he said. Ensuring the grid’s reliability requires estimating peak electricity demand for all hours of the day in a future when extreme weather threatens to rewrite weather history. California saw the cost of inaccurate estimates in August when an unprecedented heat wave forced rolling blackouts (Energywire, Dec. 3). The model then works out how bad weather could reduce wind and solar generation to meet peaks, he said.

"Renewables — wind and solar and batteries — provide lots of zero-carbon energy, but they may not be enough by themselves to maintain reliable service throughout the year," Olson said. "So what additional resources might be needed? To answer that question, you need to understand the entire spectrum of weather conditions that might occur," not just daily but for every hour of the year looking out 30 years.

How cost fits in the calculation could be debated by Green New Deal backers demanding bigger government commitment. In E3’s model, it counts. Reducing CO2 emissions in California’s electric power system to near zero by 2050 would cost an estimated $4.6 billion a year, E3 concluded. "Prohibiting gas doubles the cost without reducing carbon," the firm added in a preliminary report on the state’s climate policy.

The good news, Olson said, is that the combination of wind, solar, batteries and gas backup works. Even in challenging regions like New England, long term, the costs equal a fraction of a percent of the economy’s output, he said. "It’s not the kind of thing that’s going to put us back in the Stone Age or anything like that," Olson added.

The future role of natural gas generation will vary by region. E3 concluded that PJM and California don’t need to build new gas plant capacity because so much was built over the past 10-25 years. "The Pacific Northwest needs it now," Olson said.

Asked how E3 looks into an energy future filled with unanswered questions, Olson said the models aim at finding the most reasonable answers, which planners then can test with their own insights.

"We look at the key lessons that we’re drawing from this work, and then we ask, ‘What would have to happen for that lesson to no longer be true?’"

If New England wanted to get by with less natural gas, one answer could be high-voltage direct-current transmission lines to New York and PJM, Olson said, or more power from Quebec. Transmission options were not promoted in the study, as the study noted the challenges of getting new power lines sited over often fierce local opposition. "Our focus really was on what you’d have to do in the region."

Another option would be batteries with very long durations at affordable prices — technology that does not exist now, he said.

"We can look at a region like New England and try to estimate which of these technologies looks like it has the best chance of breaking through. If it does break through, what risks does that present for someone who has to make a decision about a specific investment?" Olson said.

New England would also need a lot of excess wind and solar power, which is not only costly but hard to build in a region where open land is limited. "So how realistic is that?" he asked. "Can you imagine building as much as 13 gigawatts of solar [power] on the ground somewhere, anywhere in New England? The answer to me is probably no.

"Obviously, the further out you go, the less certainty you have," he added.

"The best thing we can do is try to illuminate what the fundamental physical challenges are, to help people understand what steps they can take now."

Correction: An earlier version of this story misstated the amount of utility-scale solar and wind power capacity that E3 estimates California will have to add annually.