Inside the Interior ethics office a GOP lawmaker wants audited 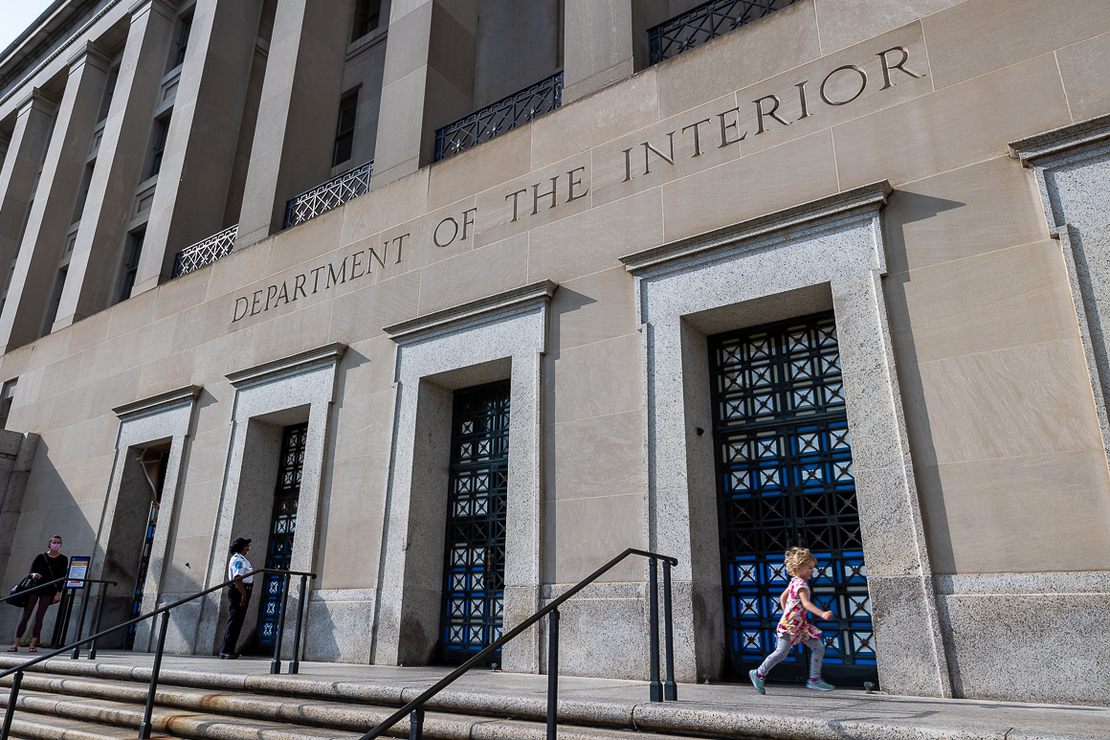 The Interior Department ethics office that a top House Republican wants scrutinized is run by an experienced ethics lawyer originally brought to the department during the Trump administration.

“As with all congressional requests to our office, we are reviewing it carefully to determine the appropriate course of action,” Erica Paulson, associate inspector general for congressional and external affairs, told E&E News this morning.

Westerman, the ranking GOP member of the House Natural Resources Committee, said his request was driven by how Interior “repeatedly fails to produce adequate responses to concerns about Department employees who face potential conflicts of interest.”

“DOI’s refusal to cooperate with congressional oversight related to ethics compliance prompts questions about the efficacy and efficiency of the Departmental Ethics Office,” Westerman wrote, adding that the audit should “evaluate best practices, efficiency, and effectiveness.”

Gottry joined the Interior Department’s ethics team in 2018 as deputy director and became director of the ethics office in September 2020.

She previously held senior ethics roles at the International Trade Commission and Commodity Futures Trading Commission. From 2009 through 2012, she worked in the Office of White House Counsel as associate counsel to President Obama and as an ethics adviser.

Gottry is a graduate of the University of Michigan, where she majored in classical, Mediterranean and Near Eastern studies and archaeology and won awards in both archaeology and Latin. She then went to the Georgetown University Law Center.

Bernhardt made the appointment, along with other ethics office changes, amid various Democratic and environmental group-led ethics complaints. At the time, he also cautioned against jumping to conclusions.

“We currently operate in a world where hyperbole and false allegations now can pass for fact in public discourse,” Bernhardt wrote. “Such comments denigrate even lawful and appropriate conduct that is mischaracterized outside of the Department as unlawful or unethical.”

For her part, Gottry in 2020 said Bernhardt had “instituted an unprecedented expansion and restructuring” of the ethics office that included increasing the number of full-time ethics professionals and restructuring the leadership.

The work they do includes training, counseling and reviewing.

In 2020, for instance, e-mails obtained by Citizens for Responsibility and Ethics in Washington and published by The Hill revealed that Gottry wanted to “flag some concerns for further consideration” about an Interior video touting Trump’s conservation record (Greenwire, Aug. 26, 2020).

“Given the proximity to the election, the overall tone and tenor of the video may be viewed by outside stakeholders as similar to campaign or other partisan political advocacy videos, and as a result may prompt questions or concerns to be raised with the U.S. Office of the Special Counsel,” Gottry wrote.

Departmentwide, there are approximately 11,000 filers of financial disclosure forms every year, both public and confidential, and the ethics office is responsible for certifying all of them.

“Financial disclosure is the foundation of a Federal ethics program because the accurate reporting of assets and interests is required by law, and because this information is critical for ethics officials to provide timely and accurate advice to employees about potential conflicts of interest,” Interior’s budget justification states.