Inside the push to revive industry Superfund fees 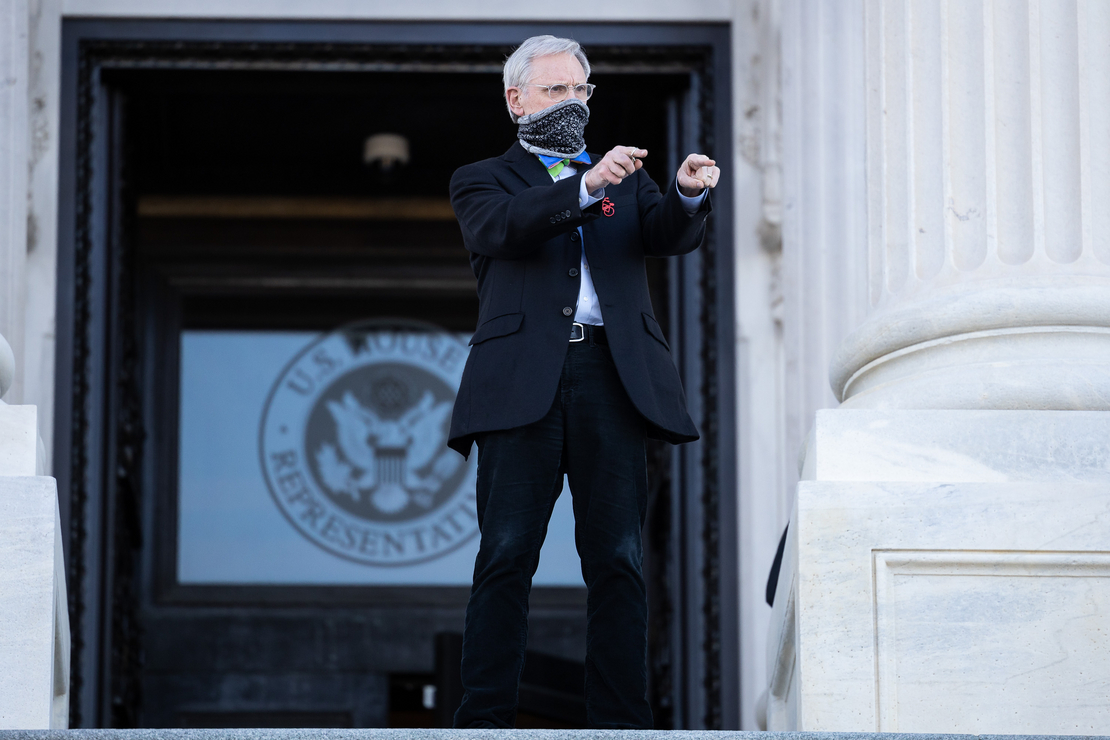 Key players in the long-dormant effort to make companies pay for toxic site cleanups notched a big win in the recently enacted infrastructure bill. Now, they’re hoping for a similar payoff in the massive reconciliation package.

In the infrastructure bill, the targets were chemical makers. This time around, it’s the oil and gas industry.

"I think it’s an opportunity to rebalance the scales," Rep. Earl Blumenauer (D-Ore.) said in an interview with E&E News.

Blumenauer is part of a group of lawmakers doing a victory lap after a per-ton excise tax on 42 chemicals made it into the $1 trillion infrastructure package. That tax is one of three that once powered a congressionally mandated fund that provides for the cleanup of the nation’s most contaminated sites.

Targeting substances like benzene and chlorine, the chemicals tax is projected to generate $14.4 billion over 10 years — a key pay-for in what will be an expensive undertaking. The tax’s inclusion in the Infrastructure Investment and Jobs Act, H.R. 3684, garnered significant bipartisan support and relatively little resistance.

Now, proponents are hoping to replicate that success and secure the passage of the $1.75 trillion "Build Back Better Act," H.R. 5376, after managing to include an oil and gas tax in the House-passed bill.

As with the infrastructure package, backers of the reconciliation Superfund tax point to it as an easy revenue source, as it is estimated to raise $38.4 billion over 10 years (E&E Daily, Oct. 29).

Blumenauer said that timing appeared to be ripe for reinstating the taxes.

"We have toxic waste scattered across the country," he said, "and the principle of having polluters pay to clean up after themselves is something that is strongly supported in this Democratic caucus in both the House and the Senate and the administration."

That "polluter pays" talking point is also popular with Energy and Commerce Chair Frank Pallone, whom multiple sources cited as an essential player in Superfund tax efforts. The New Jersey Democrat underscored that shifting costs away from the public is a priority.

A small group of Democrats including Pallone and Blumenauer have sought for years to revive the Superfund taxes on chemicals, oil and gas, and corporate income. But the effort has been a nonstarter, leaving outside supporters surprised at their reversal of fortunes during infrastructure and reconciliation talks.

Those involved in the conversations said the push has been a relatively quiet one without a number of high-profile external players, including major environmental groups. The U.S. Public Interest Research Group was among the only organizations actively working on reviving the Superfund tax to begin with.

"Everyone is focused on climate change," said PIRG Vice President of Government Relations Katie Murtha. "That’s critically important, but for those of us doing work on Superfund, this is no small feat. And it’s one of the things we can cite to say, hey, it’s helping pay for this."

Successfully including the chemicals tax in the infrastructure bill and the oil and gas tax in the reconciliation bill hinged to an extent on dealmaking but also on experience. Murtha, who spent years working for Rep. John Dingell (D-Mich.) when he was alive, cited the emphasis her former boss placed on understanding the procedural nuances underpinning legislation.

"A knowledge of process and procedure is necessary," she said.

Tax proponents have that knowledge in Pallone, whose state has the most Superfund sites nationwide. His experience has been key in Superfund tax conversations, as has backing from allies.

Pallone and Blumenauer have been supportive of each other’s bills, including the latter’s H.R. 2674 and the former’s "Superfund Polluter Pays Act," H.R. 2703. On the Senate side, Democrats Cory Booker of New Jersey and Environment and Public Works Chair Tom Carper of Delaware have also been important players.

Supporters widely agreed that diligent efforts and strategic conversations led by the small group of lawmakers ultimately paved the way for the provisions in both bills.

President Biden’s reconciliation effort has faced an uphill battle in Congress, but the Superfund tax in that bill has survived. While the chemicals and oil and gas taxes were divided between the bills to help bolster their chances of passing, none has proven particularly contentious.

"I think it’s a really big win, that there hasn’t been much resistance," said Murtha.

Republican buy-in was critical for the Superfund tax’s success in the infrastructure deal, with multiple GOP members supporting it (E&E Daily, Aug. 9). Their support came despite some level of pushback.

Sen. Ted Cruz (R-Texas) loudly objected to the excise tax in the infrastructure bill and offered an amendment to strike the provision that ultimately failed. The American Chemistry Council also argued it would be a "tax on consumers" and would not ultimately help with Superfund site cleanup.

ACC declined a request for an interview to further discuss the issue after the infrastructure bill’s passage. When the bill cleared the House, the powerful trade organization praised components of the legislation while arguing the tax component remained "short-sighted."

But industry sources noted chemical companies already stood to gain through other elements of the infrastructure legislation, leading Republican lawmakers to largely feel they could move ahead regardless. ACC’s involvement seemingly also came late in the game after many deals had largely been struck, securing the tax’s safe passage.

Some of those conversations are playing out again with reconciliation. Scott Lauermann, a spokesperson for the American Petroleum Institute, stated the group’s opposition to the Superfund tax in that bill.

"Reinstating Superfund taxes would not guarantee a cleaner environment, but would shift the burden of cleaning up these sites away from those directly responsible," Lauermann wrote via email.

All eyes are now on centrist Democrats, with the budget reconciliation effort in the Senate’s hands and subject to change. Numerous lobbyists are hoping to sway the likes of Sens. Joe Manchin (D-W.Va.) and Kyrsten Sinema (D-Ariz.).

The revenues from Superfund fees may prove too enticing to scrap, advocates hope. "There’s a lot of people who want to make sure this is paid for," Murtha said, pointing specifically to Manchin and Sinema.

Blumenauer said, "I’ve been frustrated at times that there hasn’t been more organized support for this, because it’s so important. But I’ll take what we got."