Inside the ‘simple assault’ case that got complicated 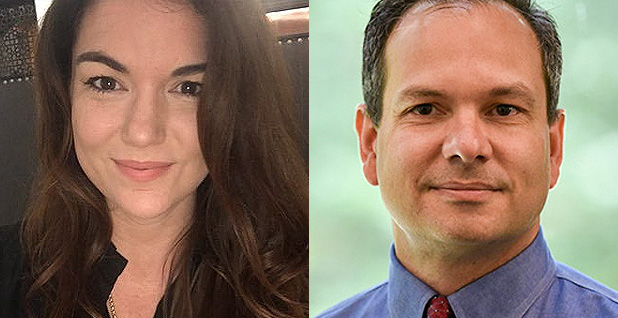 The short trial and immediate acquittal yesterday of a Democratic activist charged with assaulting Interior Department press secretary and senior adviser Heather Swift left some indelible lessons in its wake.

Testimony counts. Videos can complicate, as well as absolve or indict. Trials can take a toll on witnesses and defendants alike, and judges can cut to the quick.

Judge Maurice Ross, of the D.C. Superior Court, made clear that he believed the defendant Wilfred Michael Stark’s rendition of the March 15 encounter with Swift that led to the simple assault charge. Stark denied shoving Swift and instead said she had deliberately "hip-checked" him following a congressional hearing.

"His testimony is very credible," Ross said, adding that Stark’s version appeared to be a "credible explanation" of what happened.

The late-afternoon climax of a trial that lasted about 2 ½ hours and brought four witnesses to the stand was itself a lesson in abrupt resolution of a case. Defense attorney Mark Schamel confidently wrapped up his closing argument in just 54 seconds, and Ross then quickly announced his verdict.

"The government here has the burden of proof, and it doesn’t even come close to carrying that burden," Ross said.

In an email today, Swift called the outcome "very disappointing."

Equipped with a hand-held GoPro camera, Stark was there in his role as a reporter for American Bridge 21st Century. The group describes itself as "a progressive research and communications organization committed to holding Republicans accountable for their words and actions."

"I want to catch good video of administration officials and Republican members of Congress," Stark testified, explaining that this means embarrassing moments.

As the March 15 hearing ended, Stark approached Zinke to shake the secretary’s hand and apologize for an earlier encounter in a Senate office building. Zinke then continued out of the room, trailed by aides and Stark.

"He was pushing his body against mine in an effort to get to the secretary," Swift testified, adding that "my ankle wobbled and I was on unsure footing."

Swift was wearing high heels at the time and carrying a cup of coffee, which she did not spill. She did not fall or require medical treatment.

A 49-year-old former Marine and University of Virginia Law School graduate, Stark brought his young son to observe the misdemeanor trial that could have cost Stark up to 180 days in jail and a fine of up to $1,000 (Greenwire, April 25).

The sole witness on his own behalf, Stark testified emphatically and without hesitation as he described a distant physical encounter that lasted just a few seconds. He also articulated his anger at being charged.

"This was a political hit. … I spent the night in jail because of this," Stark testified. "I didn’t shove anybody, I didn’t barrel anybody over."

Stark and Swift both sounded steady and confident while testifying, with Swift occasionally declaring "that is not a correct statement" in response to Schamel’s several politically pointed questions. At one point, she stepped out of the witness stand to demonstrate with Braskich her version of the March 15 physical encounter.

Repeatedly, Braskich and Schamel ran excerpts from Stark’s GoPro video on a big screen set up in the courtroom, asking witnesses to elaborate on the sights and sounds. Both sought to turn the video to their own advantage; the one certain truth it captured was the brevity of the encounter.

But for Braskich, a former Baltimore police officer and 2014 graduate of Harvard Law School, the judge’s eventual frustration with the video presentation could also be a lesson for managing future cases.