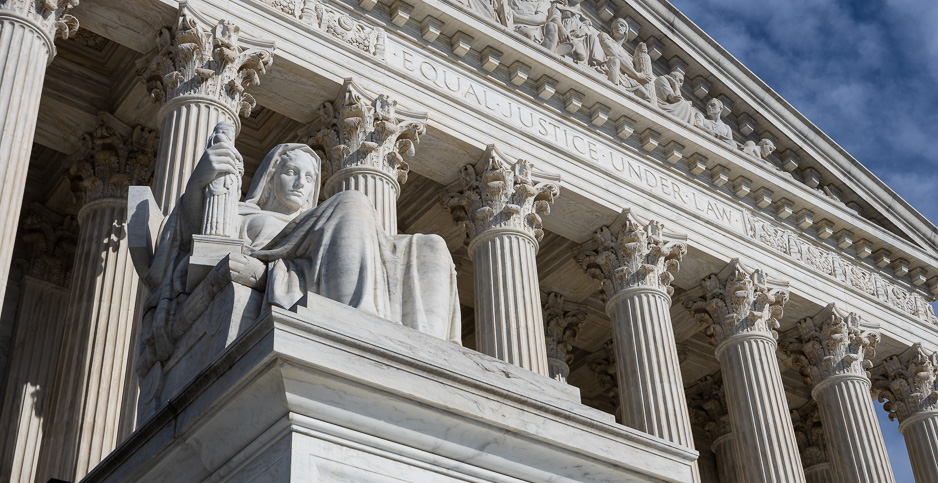 The Supreme Court today offered a new boundary on the reach of the Clean Water Act, leaving the lower courts and EPA to interpret the justices’ newly minted "functional equivalent" standard.

In a 6-3 opinion led by Justice Stephen Breyer, the court offered the test as a middle ground in a case that probed whether federal permits are required for pollution that moves through groundwater before spewing into the Pacific Ocean (Greenwire, April 23).

"It reflects a pragmatic approach that seeks to make the Act workable without creating either a major loophole for polluters to evade it or seemingly limitless jurisdiction for EPA," Percival wrote in an email.

"The fact that it commands the vote of six Justices is a hopeful sign that a solid majority of the Court understands the importance of laws like the Clean Water Act, which are fundamental to our nearly half century effort to clean up America’s environment."

Judges for the lower court said the Clean Water Act applied because the pollution in the ocean was "fairly traceable" to the wastewater site.

The correct question, the Supreme Court said today, is whether the pollution is "the functional equivalent of a direct discharge from the point source into navigable waters."

That determination relies on several factors, including time and the distance the pollution travels, as well as the nature of the material through which the contaminants move. Some indirect paths, the court wrote, may have the ability to dilute or chemically alter pollution that travels through them.

Earthjustice attorney David Henkin, who represented the Hawai’i Wildlife Fund and other groups in the case, said he was thrilled with today’s ruling, which immediately follows the Trump administration’s rewrite of the Waters of the U.S., or WOTUS, rule (Greenwire, April 21).

"Imagine a world in which the Supreme Court had embraced the county of Maui’s position," Henkin said. "That would have been a 1-2 gut punch to water quality in the United States."

The Pacific Legal Foundation, which wrote a brief in defense of the county’s position, said the ruling was a disappointment.

"That imprecise, multifactor standard will lead to confusion and uncertainty, and will make it difficult for regulated parties to predict whether or not they must seek a federal permit," he said.

Maui County Mayor Michael Victorino emphasized that the Supreme Court did not rule that Hawaii officials need to obtain a Clean Water Act permit for the facility.

"The court reversed the 9th Circuit ruling and sent the case back to the lower court," he said in a statement. "What this means for Maui County is — as we have said all along — that the County has and will continue to work with our state regulators to follow the rules and regulations as Congress set them out."

EPA did not immediately respond to a request for comment. After siding with environmentalists in the 9th Circuit under the Obama administration, Trump’s EPA aligned with Maui County, arguing the Clean Water Act does not cover groundwater discharges.

It remains to be seen how the agency will adjust its statement last year that it will regulate only direct releases to reflect the Supreme Court’s decision today (Greenwire, April 16, 2019).

The alliances of two justices from the court’s conservative wing with the majority opinion — led by Breyer, who first proposed the "functional equivalent" test during oral arguments — strengthens the ruling, said Percival of the University of Maryland.

"The fact that Chief Justice [John] Roberts and Justice [Brett] Kavanaugh joined Breyer’s opinion is a great sign that they are not intent on using antipathy toward the Act generated by the property rights movement to undermine essential environmental protections," said Percival.

‘I would adhere to the text’

The dissenting justices faulted their colleagues in the majority for straying too far from the language of the Clean Water Act.

Justice Clarence Thomas said the statute clearly states a permit is necessary only when a point charge sends contaminants directly into a federally protected water body.

The majority opinion, he said, only partially adopts that read of the law.

"But the Court then departs from the statutory text by requiring a permit for ‘the functional equivalent of a direct discharge,’ … which it defines through an open-ended inquiry into congressional intent and practical considerations," Thomas wrote in his dissenting opinion, which Justice Neil Gorsuch joined.

"Because I would adhere to the text, I respectfully dissent."

In a separate dissent, Justice Samuel Alito said Breyer’s "functional equivalent" test is poorly defined and has no clear basis in the Clean Water Act.

"Entities like water treatment authorities that need to know whether they must get a permit are left to guess how this nebulous standard will be applied," Alito wrote. "Regulators are given the discretion, at least in the first instance, to make of this standard what they will."

"And the lower courts?" he continued. "The Court’s advice, in essence, is: ‘That’s your problem. Muddle through as best you can.’"