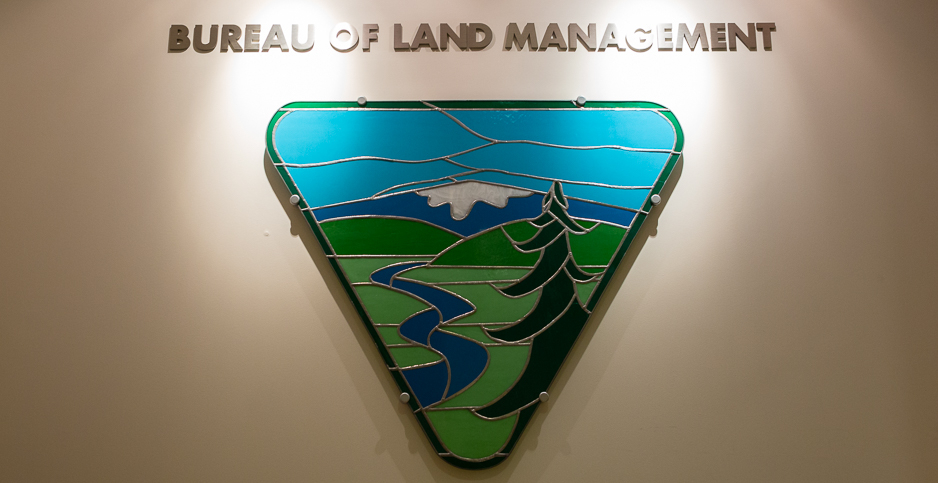 The Bureau of Land Management released a draft environmental analysis Friday supporting up to 2,000 miles of potential carbon dioxide pipelines across Wyoming.

But whether anyone will still build them is an open question.

The draft environmental impact statement — rooted in a state energy push years ago — is meant to accelerate the environmental review process by predetermining corridors for potential pipelines.

The network could connect the emitters of CO2 — such as coal-fired power plants — with operators of oil fields, which use carbon dioxide to stimulate production in old reservoirs.

The state officially submitted a corridors map to BLM for consideration last year, but the original state proposal emerged in 2014, at a time when the economics of CO2 pipelines was less challenging and hope for technology to help the coal sector was stronger. The long-term trend of declining energy production in the state is unchanged.

"It’s very fair to look at the current situation of things and wonder if projects right now are economical," said Jason Begger, executive director of the Wyoming Infrastructure Authority, on how the energy crisis could affect the pipeline prospects. "Probably very few would be."

Over the long term, though, there’s still a need to speed up federal permitting in the state, he said.

"We’ve seen oil this cheap before. It’s been 25 years, but we have seen it," Begger said. "It’s not a matter of if the energy industry recovers; it’s a matter of when."

Wyoming relies on oil, gas and coal as its primary economic engine, and near- and long-term challenges threaten all sectors. The global pandemic has depressed oil demand to historic lows (Energywire, March 19). The national thermal coal sector has been on a multiyear slide downward.

State revenue forecasters recently projected that the oil crisis could at worst destroy $2.8 billion in revenue in Wyoming in two years, about the same amount as the state’s entire spending budget, according to local news source WyoFile.

Kelly Fuller, energy and mining campaign director for the Western Watersheds Project, said that although there is a backdrop of energy uncertainty, no one can say if that means a seismic shift in energy markets is a long-term situation or if it makes the corridors’ utilization unlikely down the line.

The coal and oil link

"If we can link those sources of CO2 to potential sinks, it’s going to be huge," Begger said.

Wyoming is the largest producer of thermal coal in the United States and is home to seven coal-fired power plants. The coal industry has been slammed by the switch to natural gas-fired power and renewables over the last decade — a trend exacerbated by the pandemic.

Rhodium Group reported Friday that the pandemic has pummeled coal nationally, driving its contribution to electricity generation down to a staggering 15%. Fifteen years ago, coal produced roughly half of the country’s power demand.

Wyoming has sought to support carbon capture research in recent years to combat the coal decline.

It has invested millions in the largest testing bay in the country for carbon capture, attached to a Basin Electric Power Cooperative coal plant in Campbell County. The area is home to the largest open coal mines in the country and is responsible for the lion’s share of U.S. thermal coal production.

A measure passed in the state Legislature this year would allow coal plants to shift some of the cost of carbon capture additions onto ratepayers, in hopes of keeping those plants burning longer and coal mining supported.

"We are probably still going to see carbon capture taking place, whether from industry sources and factories or natural gas power plants," he said. "Regardless of the source, there still is going to be a push for decarbonizing, and that carbon is going to have to be managed somehow."

Current carbon dioxide pipelines extend diagonally across Wyoming and beyond, from a carbon dioxide-heavy natural gas field in the southwest to older oil developments in southeast Montana.

The Wyoming corridor map that BLM is considering envisions an opportunity to greatly extend those lines to service multiple old oil plays.

But Brad Crabtree, vice president for carbon management at the Great Plains Institute, said it is a mistake to view the Wyoming Pipeline Corridor Initiative as an oil development play rather than a carbon management play.

"This pipeline network that is envisioned in the corridor project doesn’t just serve oil production, and it will provide the infrastructure network to manage carbon at scale that can then be stored in saline geologic formations, as well," Crabtree said.

He said there is increased interest in saline storage in Wyoming, as the state has completed its application for primary authority over the permitting of saline storage projects in the state. EPA issued a proposed rule earlier this month to grant Wyoming "primacy" over Class VI wells in the state, which are used to inject CO2 into rock formations for long-term storage.

Crabtree said the market is difficult right now, so the risk is that companies won’t invest at all — whether they are oil companies or not. The low oil prices are not a barrier to moving forward with carbon capture projects, he said, as investors build low oil prices into their business plans, although not quite as low as they currently stand.

"It still makes sense for something like the Wyoming Pipeline Corridor Initiative and for companies to move forward with projects that capture CO2 from industrial facilities and power plants, because this is a long-term undertaking, and it isn’t dependent just on oil production for this to work," Crabtree said. "And there’s the saline storage piece of it."

Earlier work from the State Carbon Capture Work Group — a 16-state partnership that issues federal policy recommendations — was inspired by the example of the Wyoming Pipeline Corridor Initiative, Crabtree said.

The corridor plan has stirred up complications tied to any potential pipeline network. With more than 1,000 miles of corridor on federal land, there would be diverse surface disturbances.

The most extensive plan — as proposed by Wyoming and if full development were to take place — could disturb more than 8,000 estimated cultural sites, like historic trails and more than 400 projected Native American sites, according to the draft EIS.

Other alternatives considered by BLM would cut down on those surface impacts, avoid some protected wildlife areas and limit use of the corridors in the future strictly to projects capturing and using carbon dioxide — Wyoming had a more open-ended utilization plan.

In a statement, BLM’s acting Wyoming chief, Duane Spencer, encouraged the public to examine the corridor network closely and weigh in on the draft, as it covers diverse ground across the Cowboy State. The corridors crossing BLM land would be in 25 pieces, a length of more than 1,000 total miles.

In response to a question about how the oil market downturn may affect the initiative, Purdy said in an email that "the BLM works to complete a NEPA analysis and reach an informed Record of Decision unless a project proponent asks us to terminate the action."

Fuller of Western Watersheds said the corridor analysis out Friday appeared to fall short in several ways, such as in estimations of greenhouse gas emissions from enhanced oil recovery. That matters because BLM will use the corridor environmental analysis as a foundation for future proposed projects.

"I say this as someone who looks every day at what BLM is doing with oil and gas in Wyoming, and over and over again, what we see is they tier back to what their initial analysis was. And if it’s insufficient, it doesn’t matter; it’s done," she said.

Fuller also criticized BLM’s haste in putting forward public comment periods during the pandemic. That echoes an as yet unsuccessful push from multiple groups to get the Interior Department to hold off on energy decisions (E&E News PM, March 19).

"BLM has a lot of experience," she said. "That they are going forward at this time flies in the face of everything they know about how to work with the public."