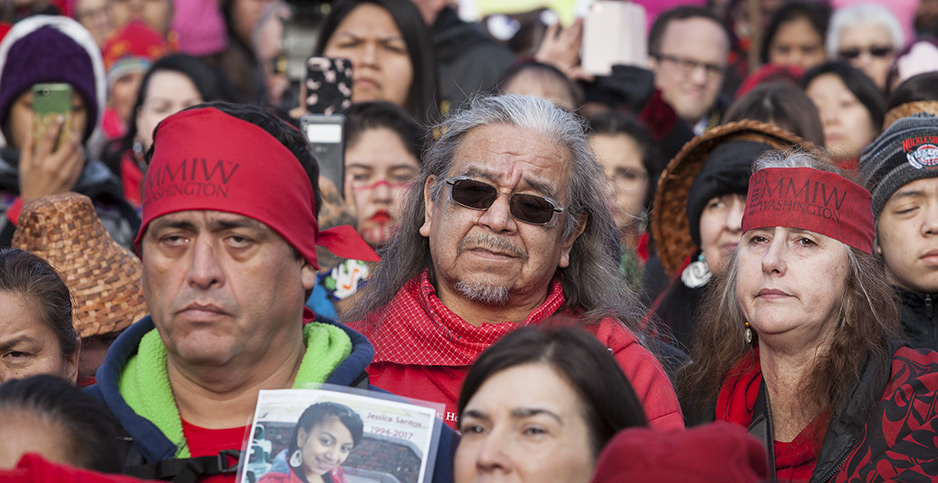 The Interior Department will marshal its resources to focus on the plight of missing and murdered Indigenous women, putting a new emphasis on an issue Secretary Deb Haaland championed during her tenure on Capitol Hill.

"Violence against Indigenous peoples is a crisis that has been underfunded for decades," Haaland said in a statement. "Far too often, murders and missing persons cases in Indian country go unsolved and unaddressed, leaving families and communities devastated. The new MMU unit will provide the resources and leadership to prioritize these cases and coordinate resources to hold people accountable, keep our communities safe, and provide closure for families."

The MMU operation will "put the full weight of the federal government" into those investigations, Interior said. The new investigations unit will also incorporate a 2019 task force, named Operation Lady Justice, that focused on the same incidents.

"That’s a crisis that’s been happening since Europeans came to this continent 500 years ago," Haaland said in an interview that aired on "CBS Evening News" last night.

She added the agency’s new unit will "make sure that families can have some answers."

During her first term in the House, Haaland — a member of the Pueblo of Laguna and one of the first two Native American women elected to Congress — introduced multiple bills to address what she described as a "long-standing epidemic" (Greenwire, May 14, 2019).

During a House Natural Resources subcommittee field hearing in 2019, Haaland also linked the crisis of missing and murdered Indigenous women to the boom and bust of oil and gas development, calling the issue an "environmental injustice." Advocates have said transient workers living in "man camps" around pipelines can lead to increased violence against women.

"We shouldn’t have to suffer every time, you know, the price of oil goes down," Haaland said at that hearing. "We should have a more secure future for our children, and that includes protecting our most vulnerable citizens — our Indigenous women, our Indigenous girls — who already have suffered a tremendous amount in this country" (Greenwire, April 16, 2019).

"I applaud Secretary Haaland’s leadership in advancing this critical effort to protect Missing and Murdered American Indians and Alaska Natives using the full power of the Interior Department and appropriate inter-agency partnerships," Grijalva said in a statement. "A strategic federal response to this ongoing crisis is much needed and will give investigators the support they need to resolve unfinished cases and help end the cycle of violence against women in Indian Country."