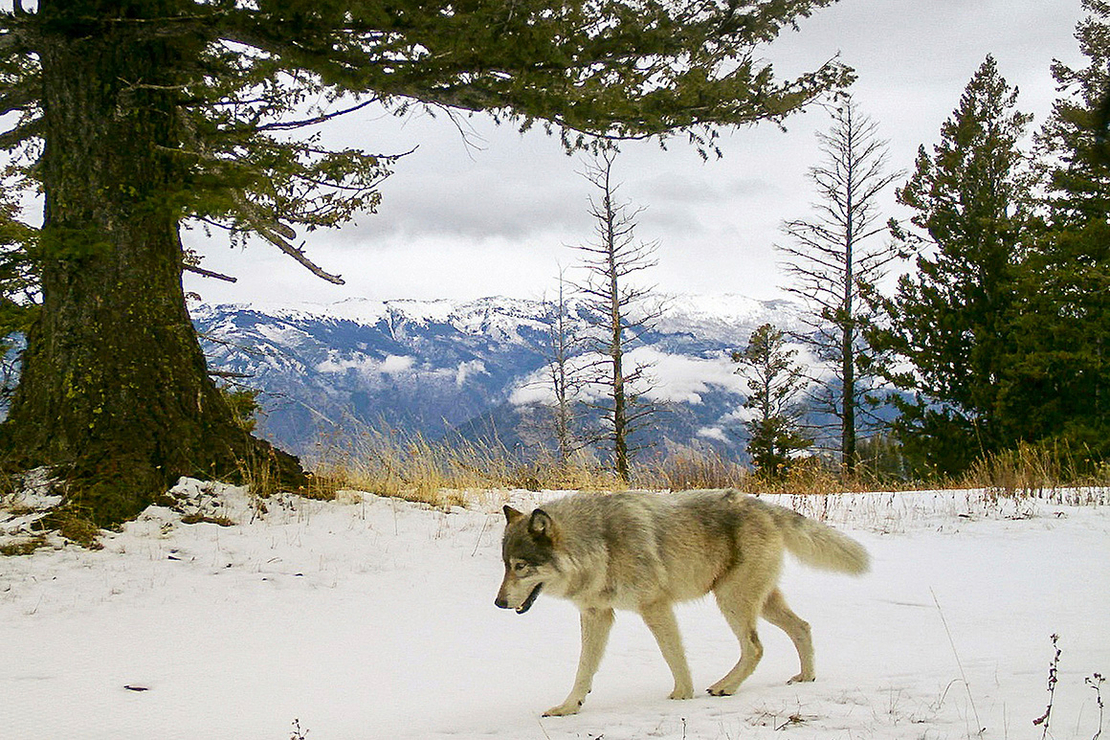 All kinds of clocks are now ticking for Interior Secretary Deb Haaland and the gray wolf. Some may be time bombs.

With a federal judge’s decision yesterday restoring Endangered Species Act protections for much of the wolf’s population, Haaland and the Biden administration have 60 days to decide whether to appeal (E&E News PM, Feb. 10).

Haaland will face intense pressure from her conservationist, tribal and Democratic allies to let the judge’s decision stand. If she does, though, it would amount to a repudiation of the Fish and Wildlife Service’s prior insistence that the wolf has recovered.

“Unfortunately, at this point, it is very hard to say whether the government will appeal or not,” Western Environmental Law Center attorney Kelly Nokes told E&E News. “We are hopeful that the service will take the decision as an opportunity to reassess its recovery strategy for gray wolves.”

Nokes added that the federal agency should “ensure they are truly recovered across the vast, and suitable, historic habitats where they remain missing, before attempting to once more thwart the recovery mandates of the ESA.”

But letting U.S. District Judge Jeremy White’s decision stand would also invite the politically potent charge that public policy is being set, in the inevitable phrase, by an “unelected federal judge.”

Another possibility is that an intervenor in the case, such as Safari Club International, could file an appeal.

“Yesterday’s court decision disregards science — gray wolves have met federal recovery objectives for decades — and disregards the purpose of the ESA, which is to recover species and return management authority to the states. State wildlife management agencies have proven time and again that they are more than capable of managing robust and sustainable wolf populations. Safari Club and our members will continue to fight against the false narrative that gray wolves need federal protections and will pursue every opportunity to overturn the district court’s decision,” Benjamin Cassidy, SCI’s director of government relations, told E&E News today.

The Fish and Wildlife Service said it is reviewing the decision.

In the coming days, the Fish and Wildlife Service could publish a notice in the Federal Register officially reinstating the former protections for gray wolves in the Lower 48 states save for the population in Wyoming, Montana and Idaho.

FWS, meanwhile, is now about four months into a 12-month study of whether to relist a certain population of the wolf. In theory, this review will be finished in September. More than 48,000 public comments responded to announcement of the review (Greenwire, Sept. 16, 2021).

“Wolves need federal protection, period,” said Kristen Boyles, an attorney at Earthjustice. “The Fish and Wildlife Service should be ashamed of defending the gray wolf delisting, and it should take immediate action to restore Endangered Species Act protections to all gray wolves, including those in Idaho, Wyoming and Montana.”

In his decision yesterday that addressed three related challenges filed by environmental groups, White noted that the Fish and Wildlife Service’s decision to remove the species from the ESA list “relies on the recovery of core metapopulations of wolves in the Great Lakes and Northern Rocky Mountains to conclude that wolves across the entire lower 48 states no longer qualify for federal protection.”

But White, appointed by President George W. Bush to the U.S. District Court for the Northern District of California, declared that “the Service did not adequately consider threats to wolves outside of these core populations.”

White added that FWS had concluded, “with little explanation or analysis, that wolves outside of the core populations are not necessary to the recovery of the species and … in so concluding, the Service avoided assessing the impact of delisting on these wolves.”

The return of protections for gray wolves could also trigger challenges for Colorado officials as the state works toward a voter-mandated reintroduction of wolves to the Centennial State.

Voters narrowly approved a ballot measure in 2020 that requires state agencies to actively reestablish gray wolves to the state, overruling state wildlife officials who preferred to rely on a natural migration.

That measure directs the state to begin the begin the release of wolves on designated lands west of the Continental Divide by Dec. 31, 2023, a process led by Colorado Parks and Wildlife.

A spokesperson for the agency could not provide specifics on how yesterday’s ruling could affect those plans, but said the state is reviewing the matter.

“Colorado Parks and Wildlife is getting into immediate contact with the U.S. Fish and Wildlife Service to understand the impacts of this decision on Colorado’s gray wolf reintroduction process,” said CPW spokesperson Travis Duncan.

But Rob Edward, a strategic adviser with Rocky Mountain Wolf Project, an advocacy group, said the reintroduction plans should proceed with little disruption.

“This could be a really good thing in terms of providing a nexus between the federal and state efforts in a way that leverages the federal government’s power and purse to get this done efficiently and get us to a point where we’ve got a recovered population of wolves,” Edward said.

He added: “Ultimately, Colorado has a chance to do this right, and we know the Polis administration is supportive of wolves and they can quickly move through the new relationship with the FWS with this listing criteria.”

Among the changes Colorado will likely need to make is rolling back new hazing regulations the Colorado Parks and Wildlife Commission approved last month.

Those regulations, set to go into effect in March, would have allowed landowners to use methods including rubber bullets to discourage wolves from approaching cows, sheep, horses or other livestock.

But now: “They can’t do anything that would be considered dangerous to wolves, or harassment,” Edward explained.

Those hazing regulations were considered necessary, in part, to assist landowners in northern Colorado, where a pack of eight wolves now lives after migrating from Wyoming’s Snake River Pack.

“Some of those tools would be useful to the landowners up there [in North Park] to keep the peace with the wolves that have set up shop there and are following the elk around,” Edward said

The ruling is the latest in a long battle.

In 2009, the service recognized and delisted the Northern Rocky Mountain population of gray wolves. Litigation followed, but although a district court invalidated the delisting, the delisting was reinstated by Congress.

In 2011, the service delisted a population that included Minnesota, Wisconsin and other states. Litigation followed.

After all this, and much more, two gray wolf entities remained protected under the ESA: the Minnesota gray wolf population, listed as threatened, and the gray wolf population in all or portions of 44 lower United States and Mexico, which excludes the Northern Rocky Mountains wolves.

In 2020, the service issued its final rule, which removed ESA protections for the two previously listed entities — the Minnesota entity and the 44-state entity.

The latest lawsuits were consolidated in the U.S. District Court for the Northern District of California (E&E News PM, Jan. 25, 2021).

The wolf’s population now numbers an estimated 6,000 animals in the continental United States.

Before gray wolves received ESA protection, their population declined because of government-funded bounty programs aimed at predator eradication and the conversion of historical habitat into farmland, among other causes.

“Wolf populations are remarkably resilient as long as food supply and regulation of human-caused mortality are adequate,” FWS noted.