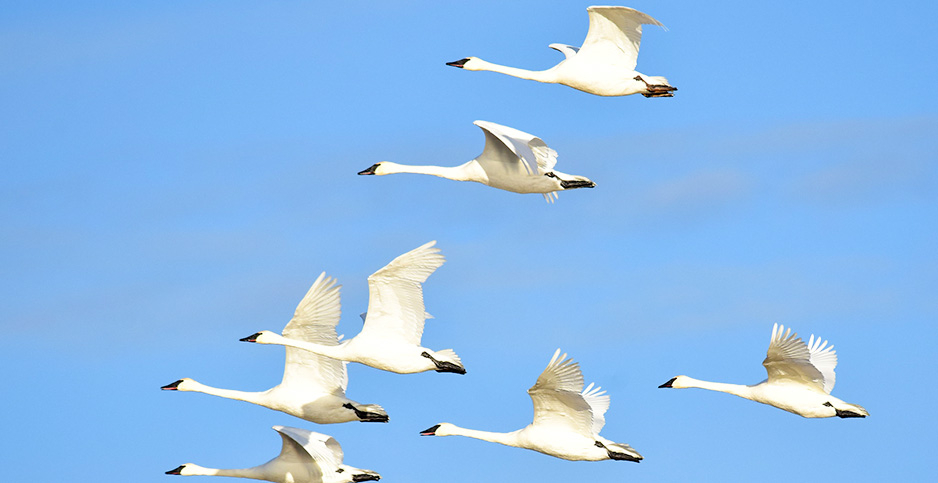 In a significant part of a multistep restoration of migratory bird protections, Interior rescinded the prior solicitor’s 2017 opinion restricting the law’s reach.

"The reasoning and basis behind that M-Opinion were soundly rejected in federal court," the department said in a statement, adding that it "overturned decades of bipartisan and international consensus and allowed industry to kill birds with impunity."

Interior said it will issue a proposed rule to revoke a corresponding Trump administration rule, based on the now-rescinded solicitor’s opinion, that limited bird protections.

"The Department will also reconsider its interpretation of the MBTA to develop common sense standards that can protect migratory birds and provide certainty to industry," Interior said.

The Justice Department had previously advised the 2nd U.S. Circuit Court of Appeals that it was assessing the December 2017 legal opinion that justified cutting bird protections Greenwire, Jan. 28).

"Interpreting the MBTA to apply to incidental or accidental actions hangs the sword of Damocles over a host of otherwise lawful and productive actions, threatening up to six months in jail and a $15,000 penalty for each and every bird injured or killed," Jorjani’s opinion stated.

In 1998, for instance, the Moon Lake Electric Association Inc. in Colorado was charged with taking 12 golden eagles and other birds that had perched on power poles. In refusing to dismiss the charges, the trial judge reasoned that "the MBTA does not seem overly concerned with how captivity, injury, or death occurs."

Other courts, though, have interpreted "take" as being limited to hunting and other willful acts.

Judge Valerie Caproni of the U.S. District Court for the Southern District of New York last year struck down Jorjani’s opinion that removed penalties for activities or hazards, such as oil pits or power-line electrocutions, that result in the accidental taking of a migratory bird.

"It is not only a sin to kill a mockingbird, it is also a crime," Caproni wrote, citing the 1960 novel by Harper Lee. "That has been the letter of the law for the past century.

"But if the Department of the Interior has its way," the Obama appointee added, "many mockingbirds and other migratory birds that delight people and support ecosystems throughout the country will be killed without legal consequence."

The Trump administration announced it would appeal last October, but the Biden administration subsequently dropped the appeal Greenwire, Oct. 9, 2020).

"The Biden administration is doing the right thing by refusing to defend the prior administration’s illegal and ecologically disastrous interpretation of the Migratory Bird Treaty Act, one of the nation’s bedrock conservation laws," said Eric Glitzenstein, director of litigation at the Center for Biological Diversity.

The Fish and Wildlife Service published a final rule in January that limited the 1918 bird protection law to apply only to intentional killings. It essentially sought to entrench Jorjani’s legal opinion as a formal regulation.

"This rule simply reaffirms the original meaning and intent of the Migratory Bird Treaty Act by making it clear that the U.S. Fish and Wildlife Service will not prosecute landowners, industry and other individuals for accidentally killing a migratory bird," former Interior Secretary David Bernhardt said at the time in a statement.

FWS’s environmental impact statement predicted that "negative impacts on migratory birds are expected to increase over time as more entities react to the certainty that incidental take is not prohibited."

But as a benefit, the agency said reducing or eliminating actions to avoid accidental killing of migratory birds as a result of the new rule would reduce project expenses.

"Millions of birds were at risk of unnecessary death from a Trump-era rule, but the Biden administration has made a better choice," said Renee Stone, senior vice president for conservation programs and general counsel at Defenders of Wildlife. "We look forward to working with the Biden administration to protect the 100-year-old Migratory Bird Treaty Act and America’s migratory birds."