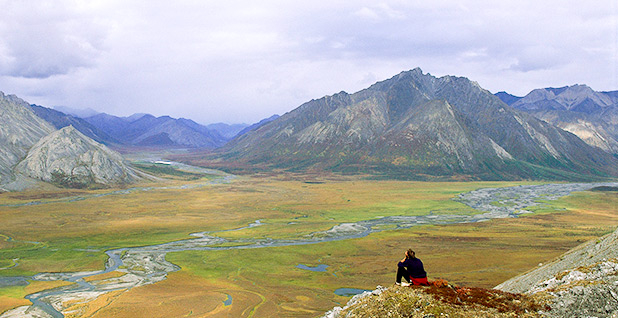 The documents show that federal scientists drafted 18 memos detailing the environmental "unknowns" of drilling in the Arctic refuge, according to Public Employees for Environmental Responsibility (PEER), which recently obtained the documents and published them today.

PEER charged that those documents have been excluded from public view and not released in accordance with Freedom of Information Act (FOIA) requests filed by advocacy groups. The advocacy group has petitioned the Interior Office of Inspector General to review the matter.

"The Department is still processing numerous FOIA requests regarding the Coastal Plain, including request to which the information referenced by PEER may be responsive. PEER’s assertion that the Department is willfully ‘hiding’ relevant documents in response to those requests is untrue," Balash said in a statement to E&E News.

PEER asserted otherwise. "These memos were treated as if they did not exist," said Tim Whitehouse, the new PEER executive director and a former EPA attorney. "The Trump administration apparently does not want to admit that it is flying blind in opening one of the most sensitive places on the planet to petroleum development."

In December, the Trump administration released its draft environmental review for a potential oil and gas lease sale on the refuge’s 1.5-million-acre coastal plain. The agency has held eight public hearings on the proposal; the public comment period ends tomorrow (Energywire, Feb. 13).

Those memos were drafted last year and covered a wide range of work by government scientists, including on soils, permafrost, wetlands, climate, air quality, oil spills and various species in the area, including the populous caribou herd. They covered topics that were both "extensive" and "of major significance," PEER said.

"Our sources are concerned," Whitehouse said, alleging that that could be a violation of the National Environmental Policy Act, making the draft environmental impact statement (DEIS) legally vulnerable.

The agency was asked to "investigate what our information gaps are regarding development of a series of Environmental Impact Statements that will lead to an oil and gas program for Arctic National Wildlife Refuge," Siekaniec said. "We did this with the understanding that existing, new, and/or much more current information will best inform EIS development. This was not intended to be a ‘list’ of science that informs only a leasing EIS," he said.

"None of our science concerns have been suppressed within the Agency or Department," Siekaniec said.

PEER is an organization of federal employees who work on environmental issues. It has for decades exposed alleged wrongdoing at agencies and protected whistleblowers.

Whitehouse said the large number of government employees participating in the Arctic refuge environmental review makes them nearly impossible to overlook. The employees work for the Bureau of Land Management as well as the Fish and Wildlife Service.

"We believe that they were deliberately withheld both from the DEIS process and from FOIA requests to which these memos would have been directly responsible," he said.

Balash said that after the Tax Cuts and Jobs Act ordered the Interior Secretary to move towards leasing tracts in the refuge, "leadership at the Department directed multiple agencies, including (FWS), to review of all existing studies, data, surveys, scientific literature, and information that had been gathered on the Coastal Plain to support the development of the program. The assessment of this information identified all of the information that will be needed to support the full range of activities—well beyond the leasing stage," he said. That assessment is still informing multiple agencies "on what studies to conduct and when," Balash said.