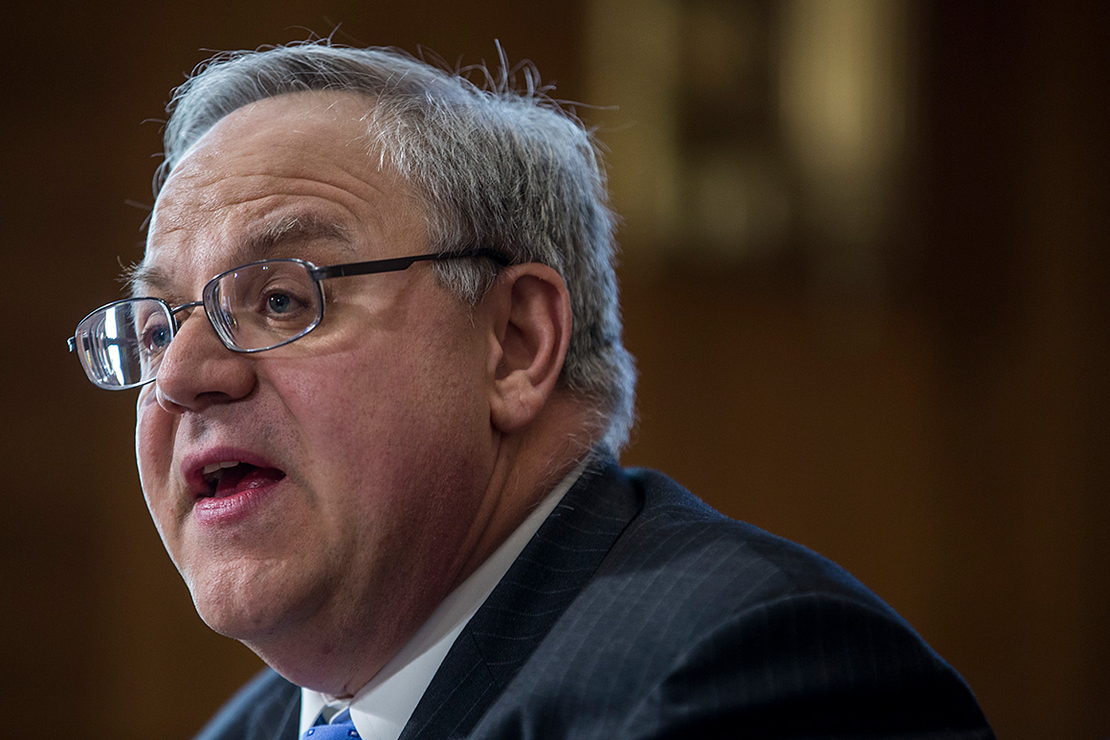 The Interior Department’s Office of Inspector General today cleared former Secretary David Bernhardt of allegations that he had violated lobbying disclosure laws prior to his tenure with the Trump administration — but put a notable asterisk on its findings, saying that investigators could not draw “firm conclusions” on some aspects of the case.

“We faced certain investigative limitations … that affected our ability to draw a conclusion as to whether Mr. Bernhardt violated the LDA,” the OIG report states, referring to the Lobbying Disclosure Act.

Bernhardt, who returned to his former law firm Brownstein Hyatt Farber Schreck LLP last year after serving as former President Donald Trump’s second Interior secretary, faced accusations that he had violated lobbying disclosure laws by continuing to work on behalf of California’s Westlands Water District in early 2017, despite having deregistered as a lobbyist for the group several months earlier (Greenwire, May 3, 2021; E&E News PM, April 8, 2019).

In its report, the in-house watchdog notes that it faced difficulties in obtaining interviews with Bernhardt himself, as well as some “current and former legislative branch employees.” Bernhardt ultimately declined to be interviewed, the report says.

But attorney Danny Onorato, who is representing Bernhardt in the OIG investigation, said his client “cooperated extensively” with the agency.

“It is unfortunate that Inspector General failed to note the Secretary’s efforts despite a stated policy of ‘refer[ring] to the nature and extent of an individual’s cooperation’ in its report,” Onorato added in an email to E&E News. “The Secretary provided the Inspector General with a 26-page submission on this inquiry which proved that he was fully compliant with the law. The Inspector General has had this material in its possession for more than 16 months. Indeed, Secretary Bernhardt noted his willingness ‘to address any questions in writing, or in a voluntary interview,’ for a reasonable amount of time. Despite its shortcomings, the report completely vindicates Secretary Bernhardt.”

The OIG notes in its report that it had to issue subpoenas to obtain records from Bernhardt’s former law firm and the unnamed “water district” he is alleged to have lobbied on behalf of, despite not disclosing his work.

“The evidence we obtained did not establish that Mr. Bernhardt violated the LDA,” the report states. “We were, however, unable to obtain sufficient evidence to determine whether Mr. Bernhardt made more than one ‘lobbying contact’ as that term is defined under the LDA and accordingly cannot draw firm conclusions on this issue.”

According to the OIG, a violation of the lobbying law could have occurred if Bernhardt had met the definition of “lobbyist,” meaning he would have had to been compensated by the water district for his services, provided more than one “lobbying contact” and spent at least 20 percent of his time over a 3-month period involved in lobbying activities for that client.

“As discussed below, we found that Mr. Bernhardt was retained and compensated by the [water district] for services in support of the WD’s own interactions with legislative officials,” the report states. “We did not, however, obtain evidence that Mr. Bernhardt engaged in more than one lobbying contact on behalf of the WD and, as a result, did not conclude that Mr. Bernhardt violated the LDA.”

The Biden administration reversed one Bernhardt action tied to the Rhode Island-sized water district, when it repealed a last-minute decision that would have slashed the bills that California irrigators must pay for environmental restoration (Greenwire, July 1, 2021).

Bernhardt signed that policy on his penultimate day in office, declaring that restoration and mitigation requirements for the project that delivers water from wet Northern California to farms in its arid south had been completed.