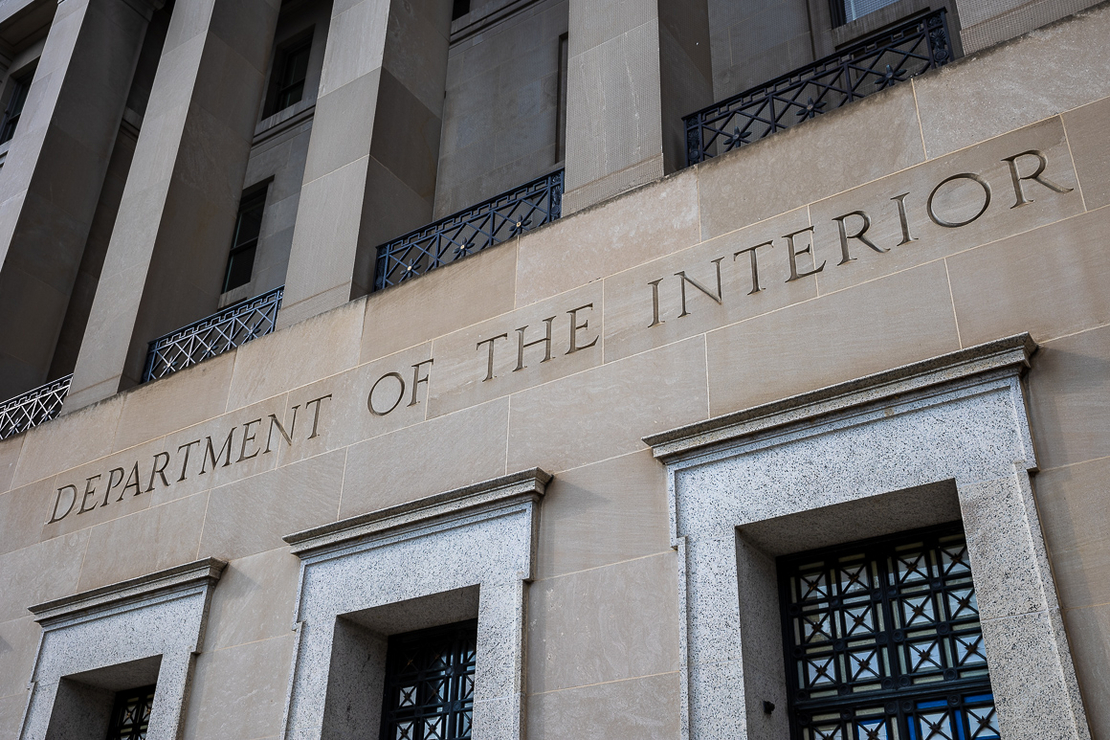 The Interior Department’s inspector general has concluded that a senior Bureau of Land Management official violated agency ethics rules last year when she met with a previous employer on potential changes to the agency’s regulation of oil and gas development and climate change.

But the IG’s report, published online last week, concluded that the “BLM Official” did so unintentionally, and that their actions did not affect bureau policy decisions.

The IG’s report doesn’t name the senior BLM official. But it is based on an investigation the IG conducted in response to a complaint filed last year by Protect the Public’s Trust that raised ethics questions involving Nada Culver, BLM’s deputy director of policy and programs (Greenwire, Sept. 2, 2021).

Protect the Public’s Trust issued a press release today on the IG’s investigation, naming Culver and a June 1, 2021, meeting Culver had with one of her previous employers, the Wilderness Society, to discuss possible revisions to BLM’s oil and gas leasing policies and regulations.

At the time, Culver was performing the duties of BLM director in the months prior to the Senate’s confirmation of Tracy Stone-Manning as bureau director.

Culver also acknowledged the meeting with officials of the Wilderness Society — where until 2019 Culver had served as senior counsel and senior director for policy and planning — in an internal email she wrote to Interior ethics department officials that Protect the Public’s Trust obtained via the Freedom of Information Act and shared with E&E News.

Culver conceded in the email that the meeting with the Wilderness Society may have skirted agency ethics rules, but said she was unaware of it because the group was not on a “draft interim ethics guidance” document, but only the National Audubon Society. The Wilderness Society was added to the list when the guidance was finalized on July 27, 2021.

The IG report acknowledged that there were mitigating circumstances in determining there was an ethics violation.

It noted the draft interim ethics guidance document omission, and a “draft recusal” form prepared for Culver makes no mention of the Wilderness Society, only forbidding her from meeting with members of the National Audubon Society — her immediate past employer, where she served as vice president of public lands and senior policy counsel — for two years after her hire date. Her first day at BLM was March 1, 2021.

But while that oversight is noteworthy, the IG’s report said Culver had reviewed the documents, and that she had reported to the Departmental Ethics Office that they “look[ed] good” to her, the IG reported.

“We determined that the BLM Official did not comply” with the federal Ethics Pledge when they participated in a meeting with the Wilderness Society officials within two years of the date Culver was appointed at BLM, the report said.

The IG did not recommend any action against Culver, but noted that the report was provided to Stone-Manning “for any action deemed appropriate.”

The IG report, first begun in July 2021, could result in blowback from congressional Republicans, particularly Culver’s meeting with the Wilderness Society to discuss controversial revisions to BLM’s oil and gas leasing program.

Culver’s meeting occurred as the Biden administration placed a brief pause on oil and gas leasing while it reviewed the program.

Arkansas Rep. Bruce Westerman, the top Republican on the House Natural Resources Committee, has asked IG Mark Greenblatt to audit Interior’s ethics department in a letter in January citing among other examples the investigation involving Culver.

A spokesperson for Natural Resources Committee Republicans said they have not received any response yet to Westerman’s requests.

Culver acknowledged that her meeting with the Wilderness Society focused on “oil and gas policy generally, in the context of Interior’s ongoing review of the program, and policy aimed at reducing/offsetting climate change impacts more broadly,” she wrote in her July 15, 2021, email to Heather Gottry, director of Interior’s Departmental Ethics Office, and Monica Garcia, Interior’s deputy director of ethics law and policy.

The IG report did not go into much detail on the meeting. But it noted that the Wilderness Society “presented its views on proposed changes to the Federal Government program and provided information on its work.” The Wilderness Society “also presented analysis and research that it had performed on the DOI’s programs, but the information was not specific to a particular project,” it said.

“In making this finding, we acknowledge that the Departmental Ethics Office (DEO) did not identify [the Wilderness Society] as one of the BLM Official’s former employers for purposes of the Ethics Pledge under the interim ethics guidance it issued and that this contributed to the violation,” the IG report said.

The IG report said Interior’s Ethics Office took the blame, telling investigators the omission was “a mistake on our part.”

But at the same time, the Ethics Office told investigators it “relies on an employee’s review of the guidance to identify any errors or omissions,” the IG report stated.

The report also noted that while Culver met with the Wilderness Society, she also “participated in meetings with industry members and other groups who submitted comments during this process” involving oil and gas regulations.

Culver wrote in her July 15, 2021, email to the Ethics Office that she was glad for the clarity.

“I will comply with the recusal requirements going forward, of course,” she wrote.

The IG shot down the most significant of the alleged ethics violations against Culver made by Protect the Public’s Trust, which bills itself as nonpartisan but whose director, Michael Chamberlain, is a former Trump administration official.

The IG’s report determined that Culver did not violate any ethics rules in her limited involvement in BLM’s decision last year to place a two-year moratorium on five public land orders signed in the closing days of the Trump presidency by then-Interior Secretary David Bernhardt that sought to open roughly 28 million acres of federal lands in Alaska to mining and oil and gas drilling.

Those public land orders were strongly opposed by the National Audubon Society, where Culver was working at the time Bernhardt signed them.

The public land orders, or PLOs, remain extremely controversial, and BLM last week announced that it would continue to withhold them from taking effect until it conducts an environmental impact statement, which could take more than a year, analyzing what it termed legal “deficiencies” in them (E&E News PM, Aug. 17).

“The BLM Official told us that they worked on issues related to BLM policy and programs and helped translate the administration’s priorities into the BLM’s work,” the IG report said. “Consistent with that role, the BLM Official acted as a liaison in contacts with other DOI bureaus and offices, Congress, State and local governments, and other organizations, including environmental and conservation organizations, that had an interest in BLM programs.”

In addition, the report said, the IG “determined that the BLM Official did not violate the Ethics Pledge by participating in the PLOs or the BLM lawsuits because they were not ‘particular matters involving specific parties that were directly and substantially related to a former employer or former clients’ as those terms are defined under the Ethics Pledge.”

“Further, we did not find evidence that the BLM Official violated the relevant ethics regulation concerning the appearance of impartiality by participating in the PLOs because they are not particular matters involving specific parties within the meaning of that regulation,” it said.

Still, Chamberlain, the Protect the Public’s Trust’s president, said in an emailed statement to E&E News said the result of the IG’s investigation “proves the necessity of ethics oversight” and highlights what he called a “laissez-faire attitude” at Interior on ethics issues.

“It is disappointing that such a large and powerful agency does not seem to have taken to heart the Biden administration’s pledge to be the most ethical in history,” he said.