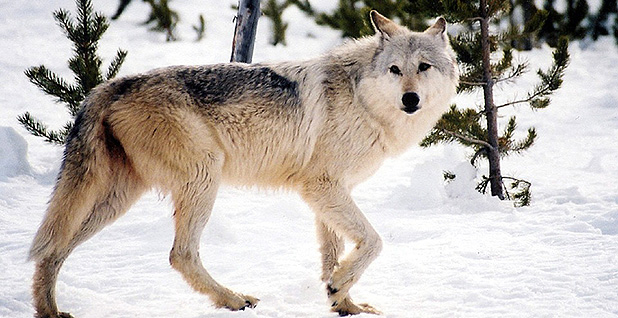 Bernhardt’s announcement follows Fish and Wildlife’s decision last summer to re-evaluate the status of the gray wolf and make a determination about whether the species has recovered enough to remove it as an endangered species (Greenwire, June 15, 2018).

"Recovery of the gray wolf under the Endangered Species Act is one of our nation’s great conservation successes, with the wolf joining other cherished species, such as the bald eagle, that have been brought back from the brink with the help of the ESA," the FWS statement said.

But any proposed rule removing federal protections for gray wolves is certain to face legal challenges from environmental groups that blasted Bernhardt’s announcement.

"This disgusting proposal would be a death sentence for gray wolves across the country," said Collette Adkins, a senior attorney at the Center for Biological Diversity, in a statement. "The Trump administration is dead set on appeasing special interests that want to kill wolves. We’re working hard to stop them."