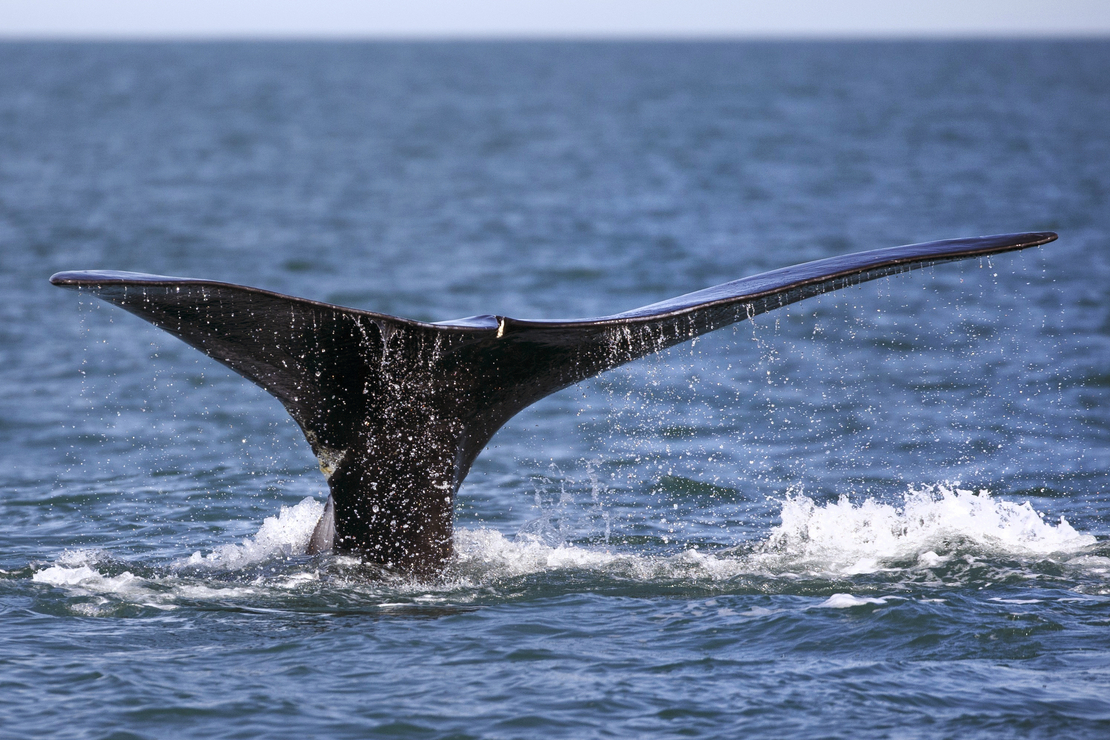 A North Atlantic right whale appears at the surface on March 28, 2018, off the coast of Plymouth, Mass. AP Photo/Michael Dwyer, File

NOAA Fisheries and the Interior Department released a draft strategy Friday to protect the endangered right whale amid an imminent boom of offshore wind development.

The draft lays out a plan for both agencies to engage with the public and ocean users. It also spells out several primary goals for raising wind turbines while trying to recover the whale’s population, such as prioritizing mitigation, new research and monitoring, and improving communication.

“BOEM is deeply committed to ensuring responsible offshore wind energy development while protecting and promoting the recovery of the North Atlantic right whale,” said Amanda Lefton, director of the Bureau of Ocean Energy Management, a subagency of Interior.

She said the draft would allow them to leverage each agencies’ expertise.

Better coordination between NOAA Fisheries and BOEM was a chief concern among some states and industry groups after the two were at odds during the Trump administration over the first large-scale offshore wind farm in the United States — Vineyard Wind off the coast of Martha’s Vineyard (E&E News PM, July 29, 2019).

The two agencies are critical in assessing the marine life and fisheries impacts from construction of large-scale wind farms in the ocean, and their approval is needed for developers to obtain permits to build.

More than a dozen offshore wind arrays are proposed or approved for construction in federal waters off the coast of New England. A key part of the Biden administration’s decarbonization push is to raise 30 gigawatts of offshore wind by 2030.

But that region is also the right whale’s foraging ground, where it feeds during the fall months before heading south to calve.

Commercial whaling in the 1800s nearly eradicated the whale’s population, which has dwindled to as few as 350 animals. Vulnerable to vessel strikes and entanglements, the whale also suffers from a low birth rate that could be tied to food scarcity, according to NOAA Fisheries.

Climate change may be a growing challenge in the species’ recovery, as well, shifting its distribution toward regions with fewer protections from vessel strikes, according to NOAA.

NOAA and BOEM’s agreement is open for public comment until Dec. 4. It follows a memorandum of understanding the two agencies signed in January to collaborate.

Janet Coit, assistant administrator for NOAA Fisheries and acting assistant secretary of Commerce for oceans and atmosphere at NOAA, said the agencies share the common goals of offshore wind development and protecting the right whale.

“As we face the ongoing challenges of climate change, this strategy provides a strong foundation to help us advance renewable energy while also working to protect and recover North Atlantic right whales, and the ecosystem they depend on,” she said.