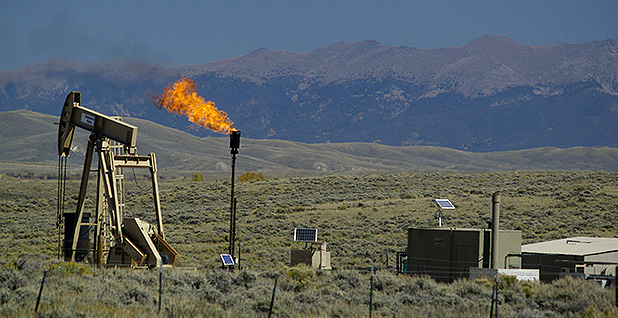 But oil and gas lawyers say companies couldn’t follow the standards if they wanted to. That’s because the Interior Department doesn’t have the right systems in place for compliance, they say.

Though the Trump administration is planning a broader rollback, that process won’t be complete until August at the earliest. Meanwhile, the Wyoming court could act any day on drillers’ request to freeze the regulation, but that outcome remains uncertain.

‘The BLM expects operators to comply’

Some drillers are now struggling with compliance, as they believed most of the rule’s provisions had been effectively sidelined last year and didn’t make the necessary preparations.

Part of the rule changes how operators calculate what they owe the government, clarifying when drillers must pay royalties on "avoidable" losses of natural gas. Companies file that information through a production reporting system run by ONRR, an Interior office. But they say the agency hasn’t yet updated "disposition codes" used in the system to reflect the changes.

The Independent Petroleum Association of America and Western Energy Alliance say the problem is exacerbated by the Interior Department’s failure to offer any guidance to operators on how to comply with parts of the rule.

In recent court filings, lawyers for Interior did not mention any technical barriers to enforcing the rule but suggested the agency’s "limited resources" would be better spent elsewhere.

The compliance complications alleged by industry are just the latest turn in the methane rule’s zigzagging path. Since its unveiling in late 2016, the regulation has faced four rounds of litigation — the ongoing case in Wyoming, two cases the Trump administration lost in California and a scuttled appeal at the 9th U.S. Circuit Court of Appeals.

"Now that all provisions of the rule are arguably in effect, Industry Petitioners’ members risk enforcement, penalties, and additional royalty for noncompliance," industry lawyers told the Wyoming court last week.

Environmental groups and a coalition of states and cities have also asked U.S. EPA for records on how companies are meeting that agency’s separate methane standards for new oil and gas sites.