Interior official compares $70 entry fee to cost of a movie 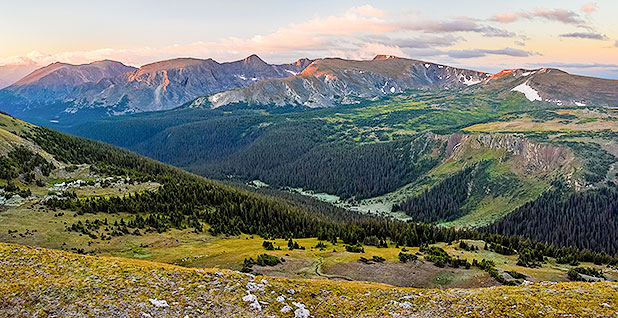 Deputy Interior Secretary David Bernhardt today defended a plan to charge $70 for a peak-season entry fee at 17 of the busiest national parks next year, saying it’s roughly the same cost as taking his family to a 3-D movie.

"It costs me about $68 and 90 cents for the two kids and my wife and I to go see a movie," Bernhardt said on NPR’s 1A, a daily program and podcast produced by NPR member station WAMU.

Bernhardt said park fees have not kept pace with inflation. And he said that higher fees would not keep most low-income Americans from visiting the parks, adding that a bigger problem for them is the cost of transportation and lodging associated with traveling to the parks.

Bernhardt also noted that many parks would not be affected by the new plan, including his favorite, Mesa Verde National Park in southwest Colorado, a park that he often visited as a youngster.

Bernhardt said on the radio program that 80 percent of the money raised by the higher fees would stay in individual parks, helping them pay for maintenance of restrooms, trails and visitor centers, among other things.

And he urged those who want to respond to the plan to make themselves heard by Nov. 23, the deadline for public comment.

"We’ll see how those comments line up, and once we have that information, the park service will have an opportunity to rethink its proposal and decide the best course of action," he said.

The plan has set off a backlash on Capitol Hill, with at least 14 senators urging Zinke to scrap the idea.