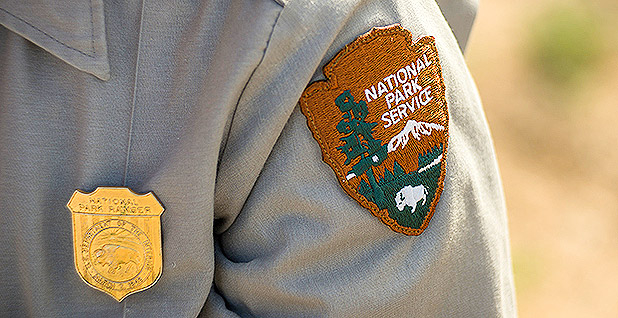 Interior Department officials are now tailoring a lucrative uniform contract to help park rangers and other employees dress for success.

Employee pride, safety and comfort are all on the line. But so is a lot of money. The new uniform contract for eight different agencies could button up the business for the next five years and be worth an estimated $60 million to the winning vendor.

"Getting new uniforms for field personnel is actually a topic that is frequently brought up," said Interior Department spokeswoman Heather Swift. "The secretary and deputy secretary are both motivated to get this done for the [Interior] team."

The motivation comes from the bottom up. Though seemingly mundane, the new uniform issue has become one of the pressing topics repeatedly cited by career employees on Interior’s electronic "ideas box," established about a month ago (Greenwire, Sept. 25).

In a recent departmentwide memo, Deputy Interior Secretary David Bernhardt advised employees, without any hemming or hawing, that "your comments have reinforced the very real need" of updating uniforms.

The current contract is held by VF Imagewear, a company that has likewise supplied uniforms for federal organizations from the Transportation Security Administration to the Animal and Plant Health Inspection Service.

The firm is a subsidiary of VF Corp., a North Carolina-based business that describes itself as the "world’s largest apparel company," whose brands include Lee, Wrangler and The North Face. Company spokesman Craig Hodges declined to comment on the work other than to say, "VF Imagewear is in the option year of a five-year plus one-year option" contract.

Interior officials would not say how many companies submitted bids by the Aug. 28 deadline. The current contract expires Sept. 30, and a selection could be announced within days.

The new contract will cover eight Interior agencies, from the well-known National Park Service to the highly specialized Bureau of Safety and Environmental Enforcement, as well as the Army Corps of Engineers. When all is said and done, some 35,000 uniformed personnel will require new clothing.

"Their duty stations range from extremely cold climates in Alaska, Montana, and North Dakota, to extremely dry and hot climates in the deserts of the southwestern United States, to extremely tropical climates in Florida and the Caribbean," the request for proposal stated.

In the request for proposal issued May 22, and amended several times since, the department spelled out in minute detail what it expects from the next uniform contractor.

The National Park Service, for instance, may need up to 633 brass belt buckles and 1,326 30-inch shoestrings annually. The Fish and Wildlife Service anticipates requiring 900 baseball caps a year. The Bureau of Reclamation calls for 75 flame-resistant khaki work shirts, while the Bureau of Land Management could use 17 women’s skirts.

And don’t forget plenty of socks. The Park Service alone could use 22,950 unisex hiking socks and 8,619 boot socks annually, according to the request for proposal.

The contractor will also have to balance old and new.

On the one hand, the request for proposal reminds potential vendors that the uniforms must "remain consistent with the most recognizable features and spirit of each [agency’s] aesthetic." In other words, nothing too out there.

At the same time, officials say they are seeking "innovative approaches" in areas including moisture wicking, ultraviolet ray blocking, flame retarding and the potential integration of information technology.

"Another important factor will be fit," Swift added. "The current uniforms do not fit women well at all."

The request for proposal specifies that officials will be looking for "true male and female sizing to reflect the diversity of the uniformed workforce." The request notes, for example, 114 pairs of low-heeled pumps for the Park Service and, for BLM, 19 long-sleeved maternity shirts.