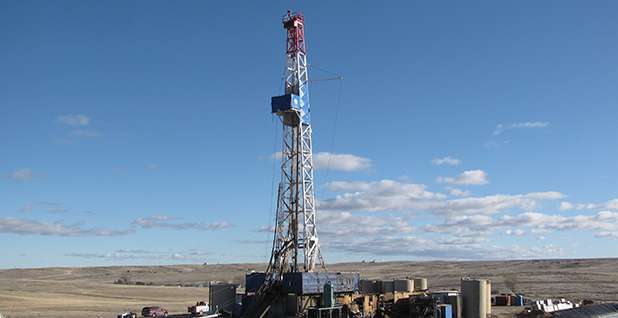 The Interior Department has issued some oil leases sold in the final days of the Trump administration. Bureau of Land Management/Flickr

The Interior Department has issued dozens of oil leases sold in the final weeks of the Trump administration — and could issue over 200 more — drawing the ire of an environmental group that argues the move is a violation of the Biden administration’s leasing freeze.

President Biden ordered a moratorium on new oil and gas leasing shortly after taking office. That pause — which bars the regular auction of drilling rights in federal lands and waters — is in place while the administration conducts a comprehensive review of the federal oil and gas program that considers both the climate impacts and economic benefits of developing the country’s vast stores of fossil fuels.

Interior has issued roughly three dozen oil and gas leases since that order. Most are from a Trump administration sale in January in New Mexico, the largest federal oil-producing state, where Biden’s oil lease moratorium has met with mixed reviews from Democratic leadership.

Jeremy Nichols, climate campaign director for WildEarth Guardians, said those leases shouldn’t have been finalized. Nichols, whose organization noticed with surprise the issuance of the New Mexico leases this month, said a lawsuit is "definitely on the table."

"It’s just unfortunate," he said in an email. "With [Interior Secretary] Deb Haaland acknowledging that leasing under Trump flouted science, public and Tribal input, and integrity, it’s a shame that there may be a need to litigate more."

The New Mexico leases aren’t the only ones that were auctioned off in the waning days of the Trump administration, conveying 10-year rights to develop minerals in those areas. More than 200 other oil and gas leases were sold about six months ago by the Interior Department.

Alyse Sharpe, a Bureau of Land Management spokesperson, said that "the Bureau is actively reviewing the leases from the December 2020 lease sales to ensure they comply with applicable federal laws and regulations and in light of various pending lawsuits."

Interior declined to specify why oil and gas leases sold in Colorado, Utah and Wyoming in December have not been issued to oil and gas companies so far, unlike the ones approved in New Mexico.

Tom Sansonetti, a partner at the Western law firm Holland & Hart, said BLM officials in Wyoming are taking a careful look at whether the leases’ environmental analyses comply with the law. That’s because a suite of court decisions in Montana and Idaho were critical of leasing practices during the Trump administration and oil leasing decisions affecting greater sage grouse habitat. Sansonetti represents several clients that were successful bidders in the Wyoming sale.

Litigation and protest can slow down the issuance of leases in some cases, but experts said long delays for routine sales are not the norm after lease sales.

Federal law mandates issuance of leases within 60 days of Interior’s receiving payment, said Mark Squillace, a natural resources law expert at the University of Colorado Law School. He said there is a precedent of Interior’s withholding leases, but those occurrences appeared to be in narrow circumstances.

Oil-state lawmakers and industry representatives have loudly objected to Biden’s leasing freeze, even though he didn’t go as far as the retirement of the federal oil and gas program he had campaigned on as a candidate.

Top administration officials have said the oil and gas moratorium is not intended to be permanent, while emphasizing that the industry currently has a significant number of leases and permits in hand that allow for developing millions of acres of the federal mineral estate. Officials have also stated that Interior is continuing to issue permits to allow drilling on existing leases.

Interior has promised an interim report on its oil and gas review this summer.

The pending issuances of hundreds of new drilling rights are unlikely to mollify the oil and gas industry. The industry group Western Energy Alliance and several Republican state attorneys general have sued the administration over the federal leasing pause.

But WildEarth Guardians is eyeing the development with alarm.

For Nichols, the Trump brand on the final lease sales of 2020 leaves them "mired in controversy," he said, arguing that they shouldn’t be issued at all.

Kathleen Sgamma, president of the Western Energy Alliance in Denver, said opposition to those leases won’t get far.