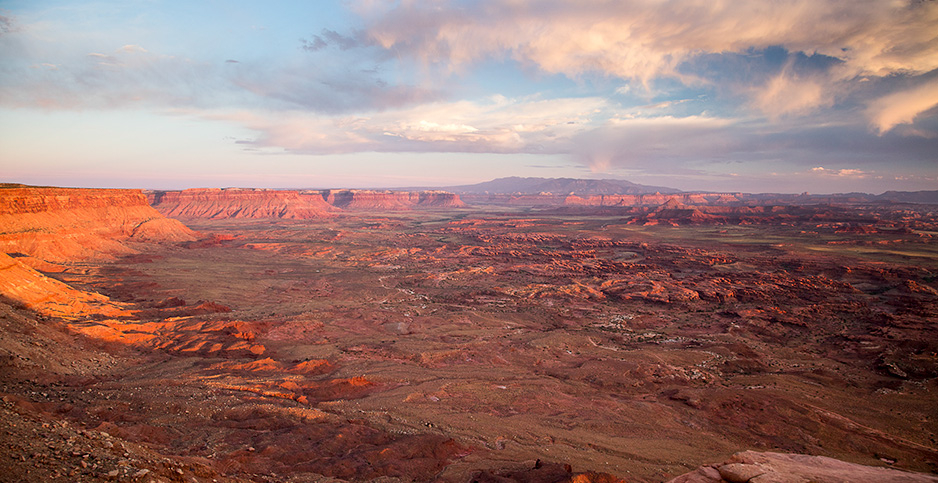 The Interior Department today signed off on management plans for two national monuments in Utah, expanding drilling, mining and grazing on once protected lands, despite a legal challenge that threatens to roll back the Trump administration’s significant reductions to the sites.

Casey Hammond, acting Interior assistant secretary for land and minerals management, asserted President Trump "right-sized" the monuments when he cut nearly 2 million acres of lands from the sites in a pair of 2017 presidential proclamations — as well as the excluded federal lands (E&E News PM, Dec. 4, 2017).

Today’s "decisions mark an important moment in Utah’s history by providing certainty to local communities, business owners, permittees, and the recreating public on what activities are appropriate for those public lands," Hammond said on a teleconference with reporters. "With these decisions, we are advancing our goals to restore trust and be a good neighbor."

Grijalva reiterated those views today, asserting that he expects the U.S. District Court for the District of Columbia to find Trump exceeded his authority when he slashed the size of the monuments.

"President Trump’s campaign to dismantle our national monuments is illegal and unpopular, and the courts are going to overturn it," Grijalva said. "This president is willing to inflict lasting damage on our country to benefit his industry boosters, and anyone who invests a dollar in drilling or digging in the newly opened areas should be prepared to lose their bet against public opinion and the strength of our legal system."

The lawsuits argue that while the Antiquities Act of 1906 permits the president to set aside federal lands to protect areas of cultural, scientific or historic interest, it does not permit the executive branch to undo those actions.

But Hammond rejected suggestions that Interior should have waited for the lawsuits to reach completion.

"It’s important to note that if we stopped and waited for every piece of litigation to be resolved we would never be able to do much of anything around here," Hammond said. "It’s our responsibility to continue the planning process while the legal process works itself out."

"At Bears Ears, we expect that the litigation brought by Native American tribes, conservation and scientific organization, and businesses challenging Trump’s unlawful attack on this monument will succeed and the management plan will be thrown out," he added.