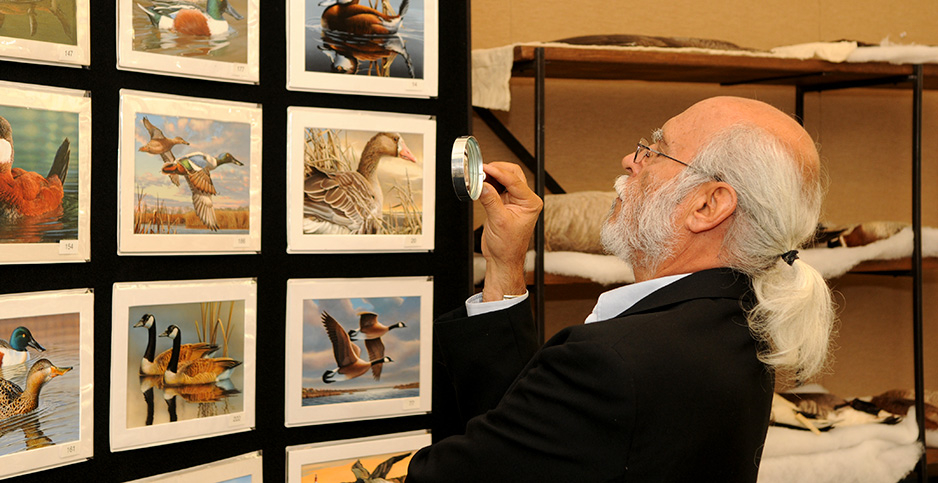 While noting that "waterfowl hunters have been significant supporters of the [duck stamp] program and have had a profound role in wetland and waterfowl conservation," FWS Principal Deputy Director Martha Williams added that the change will "allow artists more freedom of expression when designing their entries."

Seemingly modest in itself, the proposed duck stamp design change also marks another reversal from Trump-era policies and positioning that critics contend favored hunters over wildlife.

FWS last year imposed a permanent requirement that entries in the popular annual duck stamp contest must include one or more elements that reflect the theme "celebrating our waterfowl hunting heritage."

The federal agency also made it a permanent requirement that all contest judges have an "understanding and appreciation of the waterfowl hunting heritage" and be able to recognize hunting accessories.

"By celebrating our waterfowl hunting heritage and showing hunters in a positive light as active wildlife conservationists on the … stamp, we celebrate their contributions to providing public lands and robust wildlife populations," FWS stated last year.

The mandate, though, triggered mixed opinions during a public comment period that drew more than 700 comments (Greenwire, March 17, 2020).

"This has the potential to alienate many non-hunting supporters of this critical program to protect open spaces in the United States," wrote Patrick Comins, executive director of the Connecticut Audubon Society, adding that "this proposal will limit, not advance, sales and the popularity of the Stamp and the Stamp Art Contest."

"Hunters generally get nothing but disdain in today’s hypocritical leftist society," Grimm wrote. "Celebrating hunters’ contributions is a nice change of pace to that."

Each fall, FWS holds the duck stamp contest, which it describes as the only juried art competition sponsored by the federal government.

Waterfowl hunters 16 years of age or older are required to purchase duck stamps. By law, 98% of the generated revenue goes to help protect wetlands and associated habitats through fee acquisition, lease and conservation easements.

The basic design requirement is that a live portrayal of an eligible waterfowl species be the "dominant feature," while other "appropriate elements" like hunting dogs can be included.

The 2018 contest regulations added the requirement of the inclusion of "appropriate hunting-related accessories and/or scenes," and the winner depicted a drake wood duck with an old decoy. The 2020 rule made this requirement permanent.

An image of a drake lesser scaup with a lanyard and duck calls won the 2020 contest. That image will appear on the 2021-22 stamp when it is released for sale in July. The 2021 contest regulations with the mandatory inclusion of hunting references will remain in effect.

The FWS’s new rule scrapping the hunting requirement would be applicable beginning with the 2022 contest.