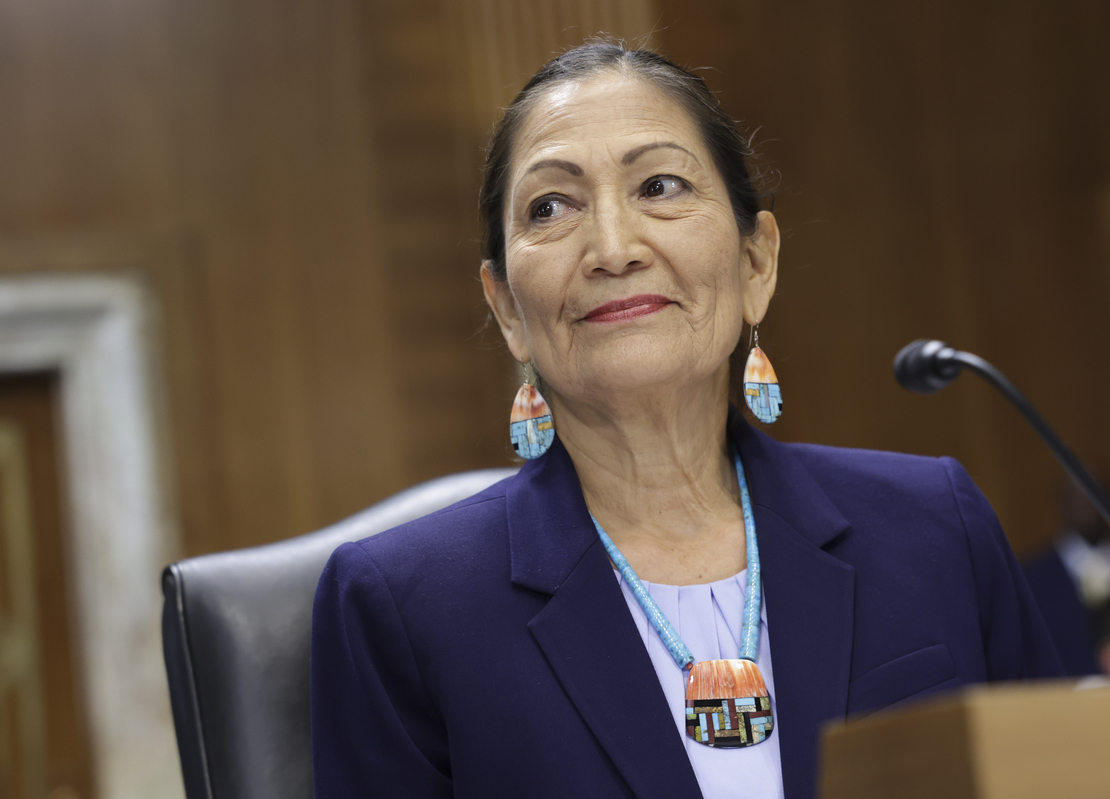 Pulled together by a task force convened by Interior Secretary Deb Haaland, the new policies follow several bloody episodes involving the U.S. Park Police as well as ongoing public concerns over policing practices in other agencies.

“Every single day across the country, the Interior Department’s law enforcement officers risk their lives to safeguard our communities, public lands and waters, and critical resources,” Deputy Interior Secretary Tommy Beaudreau said in a statement.

Beaudreau, who chaired the task force and oversaw its 12 public hearings, added that “in reforming policing practices, the Department is helping strengthen the unique connection that law enforcement officers have with the communities that they serve and move the nation forward towards community-focused law enforcement.”

About 3,366 law enforcement officers are employed by the Interior Department, led by the Park Police’s 560-member workforce in the District of Columbia, New York and San Francisco and nearly 1,500 rangers with the National Park Service (Greenwire, July 2, 2021).

Interior officials acknowledged that public confidence was shaken by episodes like the 2017 killing of Bijan Ghaisar, a 25-year-old accountant who was shot 10 times by two Park Police officers during a traffic stop in Virginia, and by the events of June 1, 2020, when the Park Police battled protesters at Lafayette Square before then-President Donald Trump made an appearance at a nearby church (Greenwire, June 9, 2021).

The new policy requires that all of Interior’s law enforcement bureaus issue body-worn cameras to all uniformed, commissioned personnel who carry firearms and are regularly engaged in patrol activities or routinely interact with the public.

Officers are directed to activate their cameras at “the earliest possible opportunity of an interaction” and to “capture as much of the event as possible, starting with the decision to engage” an individual or vehicle.

“The department will strive to expedite the public release of … video footage following incidents involving serious bodily injury or death in order to promote transparency and accountability,” the new policy states.

Bureaus are now directed to collect and report data on use-of-force incidents.

Department policy already banned, except when deadly force is authorized, the use of chokeholds. A chokehold is a maneuver or technique that applies pressure to the throat or windpipe that restricts an individual’s ability to breathe and can potentially cause death.

The department’s new no-knock entry policy requires that agents seeking judicial authorization for a no-knock warrant first obtain approval from their first- and second-line supervisor and an assistant U.S. attorney in the relevant U.S. Attorney’s Office.

The task force’s public hearings touched on other ideas that were not expressly addressed in the policy reforms made public today.

“One participant with 25 years of DOI Law Enforcement experience [said Interior] has unrealistic expectations for its law enforcement to perform without adequate resources or staffing,” the June 25 hearing summary stated, adding that “participants also commented on the lack of trust within the DOI and the disassociation with responsibility or scapegoating that often occurs amongst leadership and management while moving the burden to officers in the field.”