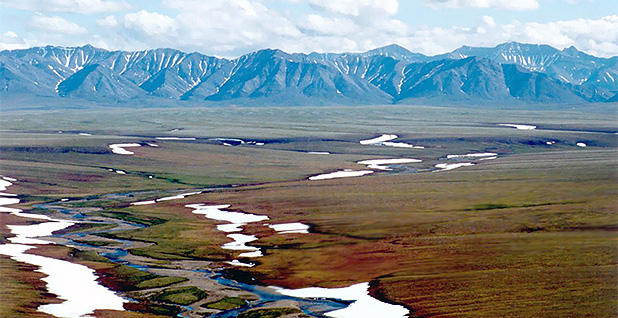 The Trump administration may have a road map for holding the first oil and gas lease sale in the history of the Arctic National Wildlife Refuge, but it’s keeping the plan under wraps, current and former Interior Department staffers say.

Buying oil and gas development rights in the refuge would be perhaps the biggest oil industry breakthrough on Alaska’s North Slope since the Trans-Alaska Pipeline System started carrying crude in 1977.

The Trump administration finalized an environmental review of its leasing plan for ANWR last September, promising a sale by the end of 2019.

By late March, the coronavirus pandemic had set in and oil prices plummeted. The Bureau of Land Management, the Interior agency tasked with carrying out oil and gas auctions, punted several lease sales in the West due to the COVID-19 crisis.

Now several former BLM officials who speak regularly with current staffers say employees are being kept in the dark on the politically charged ANWR drilling plan.

"It does not appear that staff are being kept in the loop," one source said.

That’s because the issue "is being handled at the political level," said another former senior Interior official who talks frequently with bureau leaders.

Meanwhile, no one is revealing what happened to a widely expected record of decision approving the oil and gas leasing program, which appears to be in "close hold" among political officials in Washington, one former senior BLM official said.

"Folks at the bureau level haven’t seen [the record of decision] in either BLM or the Fish and Wildlife Service, assuming it has been drafted," the source said.

At least one current BLM official who asked not to be identified said the holdup with enacting the leasing plan is at least partly due to the relocation this year of the bureau’s Washington headquarters to Grand Junction, Colo., and the resulting loss of a number of senior officials (E&E News PM, March 24).

Vying for a sale

While the North Slope has faced years of declining production, oil champions have long flagged ANWR as a potential bright spot for development.

For decades, Alaska politicians have fought to open part of the 19-million-acre refuge east of the state’s once mammoth Prudhoe Bay oil field. They won in 2017 when a Republican-led Congress reversed a nearly 40-year-old ban on exploration in the refuge, which is home to wildlife including caribou, polar bears and migratory birds. Lawmakers mandated at least two oil and gas auctions in ANWR’s coastal plain, with the first to be held within four years. The Congressional Budget Office has estimated an ANWR leasing program could drive up to $5 billion in federal revenue over a decade, and the region holds an estimated 10.4 billion barrels of oil.

By last summer, it appeared Interior was being driven to deliver a sale early by the department’s then-assistant secretary for land and minerals management, Joe Balash. But Balash unexpectedly exited Interior to work in the oil and gas sector before pushing the sale to completion.

Balash, now vice president of external affairs for the Papua New Guinea oil company Oil Search Ltd., recently told E&E News that he was unaware of what could be holding up the ANWR lease sale as ethics restrictions barred him from conversing on the topic with former colleagues.

Balash is also under a five-year pledge not to lobby Interior.

When the final environmental impact statement for the ANWR leasing plan was published in September, BLM Alaska Director Chad Padgett said BLM remained on target to hold the first sale by the end of 2020.

In March, Interior Secretary David Bernhardt told attendees at the Conservative Political Action Conference that the department was "about to finalize a leasing plan."

But BLM has been deeply shaken by structural changes, one official said.

The headquarters move involved relocating some 200 BLM positions in Washington to state offices across the West. One result is that employees in numerous departments and divisions have been scattered, leaving major projects like drilling in the Arctic reserve undone, the source said.

The offices of Alaska’s Republican Sens. Dan Sullivan and Lisa Murkowski did not respond to requests for comment by press time.

A former senior Interior official from the Obama administration noted that it was not uncommon for a sitting administration to pause controversial projects in the run-up to an election.

"It is not a popular thing in the U.S. to open up the Arctic refuge to oil and gas drilling," the official said. "Particularly given low oil prices and the fact that there are idle rigs down in the Lower 48. Why would you be now despoiling this pristine area for oil and gas drilling unless it’s totally political and you are looking to give another gift to the oil and gas industry?"

In a New Hampshire town hall in February, the former vice president said he was "totally opposed" to it. Biden’s climate plan calls for permanent protection of ANWR and a ban on new oil and gas permitting on federal land.

While it is easy for a president to establish a moratorium on new leasing — as President Obama did with the federal coal program in 2016 — a future Biden administration may not be able to overturn existing lease rights, according to an analysis by law firm Kirkland & Ellis LLP.

President Trump, meanwhile, has said on several occasions that opening ANWR to oil development is one of his greatest accomplishments as president.