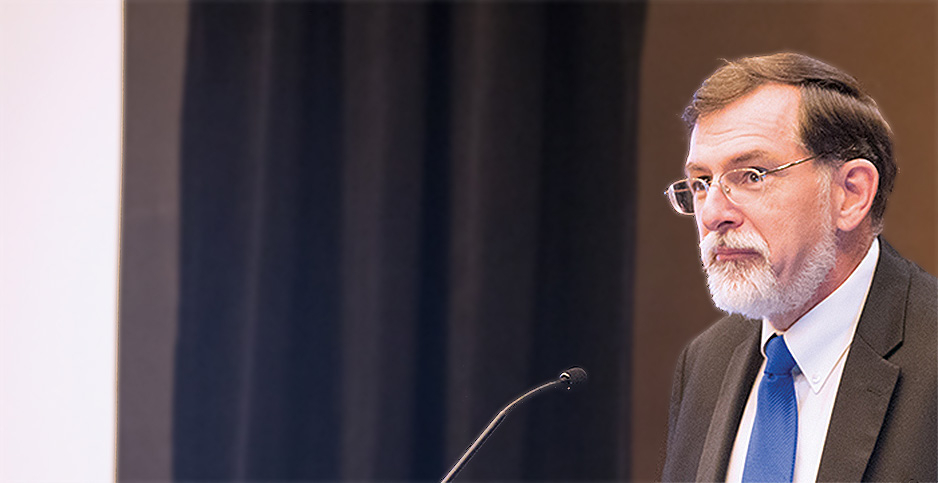 The Interior Department’s Bureau of Safety and Environmental Enforcement has replaced its top offshore regulator, Douglas Morris, according to an internal email sent today to bureau staff by BSEE Director Scott Angelle.

As of Monday, Morris is being replaced as chief of the Offshore Regulatory Program by Stacey Noem, a U.S. Naval Academy graduate who has been at the bureau for four years. Noem, who is BSEE’s national program manager for investigations, will fill the position on an acting basis, according to Angelle’s one-paragraph email addressed to his "BSEE teammates."

"Your cooperation in making this transition a smooth one is respectfully requested," Angelle wrote in the email, provided to E&E News by a source who asked not to be identified. "Please help me welcome Stacey to this new role."

It’s not clear why Morris, who has been with BSEE since November 2011, according to his LinkedIn profile, is being replaced.

Details on the timing and rationale for Morris’ move have not been publicly disclosed. Agency spokeswoman Tiffany Gray said in an email last Friday on a related matter that "BSEE cannot comment on personnel actions/internal HR matters."

An email sent to Morris’ BSEE address bounced back Tuesday. Morris is still listed on the BSEE directory as chief of this regulatory program.

But Angelle’s email to staff suggests Morris has not been in the position for at least five months.

"I’d would like to take this opportunity to thank Sue Dwarnick for her service as Acting Chief for the past 5 months," he wrote.

Dwarnick is chief of the BSEE offshore safety improvement branch, according to the bureau’s website.

Morris was tasked with developing and maintaining technical and operational standards, crafting new regulations, strengthening inspections and enforcement programs, and leading efforts to enhance operational safety, the agency said at the time of his 2011 hiring (E&E News PM, Nov. 1, 2011).

As BSEE’s national program manager for investigations, Noem "has been responsible for leading the development of a national investigations program that provides consistency to BSEE’s investigative process," the profile says.

Noem earned a Bachelor of Science degree in physical science from the Naval Academy, according to the website. And upon graduation, she was commissioned as a second lieutenant in the Marine Corps.

As for Morris, he has a long background in offshore energy development.

He previously worked at the U.S. Energy Information Administration after more than 20 years with the American Petroleum Institute and six years as an Exxon Mobil Corp. engineer.

"Morris brings to the agency a blend of personal qualities and professional qualifications that will help us achieve our goals," BSEE’s then-director, Michael Bromwich, said in a press statement issued at the time of the hiring.

He graduated from the South Texas College of Law, Houston, after earning a Bachelor of Science in chemical engineering from Michigan State University.

Morris is known in some circles on Capitol Hill, where he testified last March in defense of regulatory exemptions granted to offshore drillers (E&E Daily, March 7).

"It gives operators flexibility to use something that’s better," Morris said. "If it’s a newer standard, if it’s an international standard, that provision allows them to use that. And it changes what’s essentially a very prescriptive requirement to more performance-based."