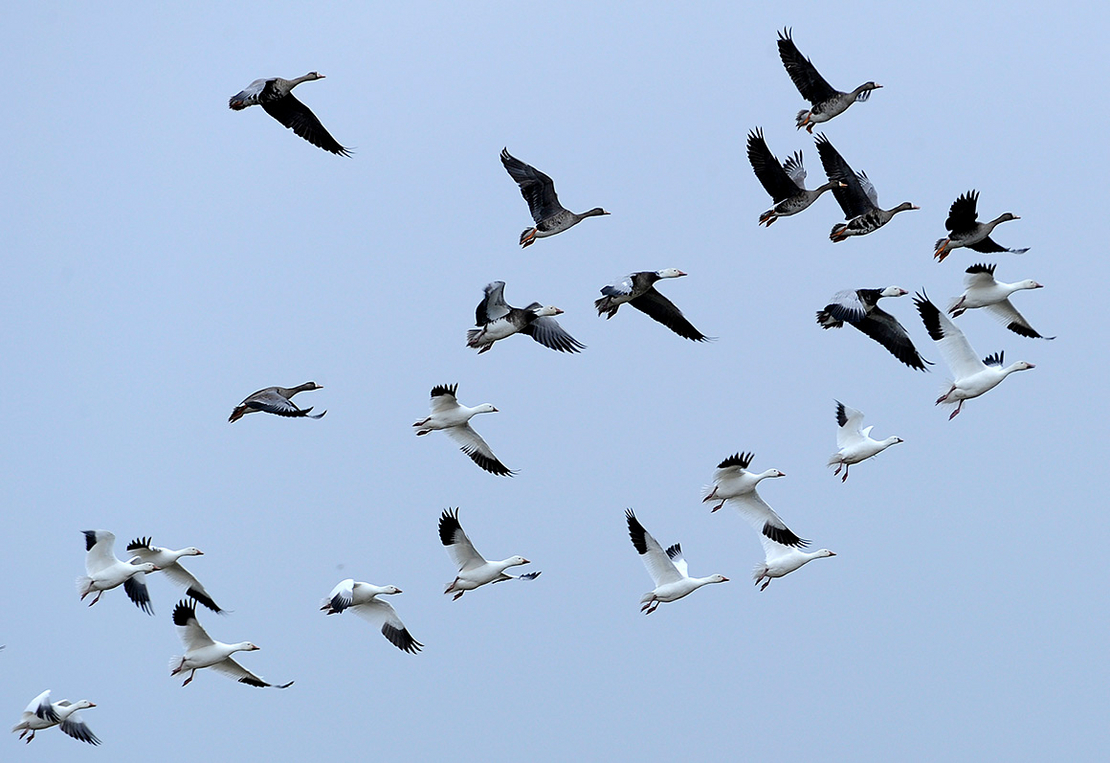 The Biden administration today set a new course for migratory bird protections, combining a revived ban on unintentional killing with the possibility of future permits that could allow companies some leeway in exchange for mitigation or other actions.

Taken together, Interior Department officials say the highly anticipated moves will add both muscle and potential flexibility to the much-debated and oft-litigated Migratory Bird Treaty Act.

“The Migratory Bird Treaty Act, one of our first environmental laws, represents more than 100 years of America’s commitment to protecting migratory birds and restoring declining bird populations,” said Interior Secretary Deb Haaland, adding, “We are announcing critical steps to ensure that the act can help conserve birds today and in the future.”

The steps are threefold.

In the Federal Register, the Fish and Wildlife Service will publish a final rule revoking a Trump administration regulation that limited the scope of the MBTA.

FWS will also publish an advanced notice of proposed rulemaking to solicit public comments on potential regulations to authorize the incidental take of migratory birds.

A Director’s Order will provide instruction to FWS employees, including expectations for establishing criteria for the types of conduct that will be a priority for enforcement activities.

“Our next step will be to create a commonsense approach to regulating the incidental take of migratory birds that works to both conserve birds and provide regulatory certainty to industry and stakeholders,” said Assistant Secretary for Fish and Wildlife and Parks Shannon Estenoz.

Estenoz added in a briefing for reporters that FWS "recognizes that a wide range of activities may result in the incidental take of migratory birds [and that] pursuing enforcement for all such activities would be neither an effective nor judicious use of our law enforcement resources."

Instead, Estenoz said, enforcement will focus on "activities that are otherwise illegal" or where the incidental take was foreseeable but measures that might have helped were not undertaken.

Center for Western Priorities Executive Director Jennifer Rokala embraced the reinstatement of the ban on incidental take. "This commonsense reversal is welcome news for North American bird populations, which have dropped dramatically over the last 50 years," she said. "Oil and gas companies must be held accountable when their actions lead to wildlife deaths."

In January, the Trump administration’s Fish and Wildlife Service published a final rule that limited the 1918 bird protection law to apply only to intentional acts. It sought to entrench a Trump administration legal opinion as a formal regulation. The Biden administration then revoked that rule and rescinded the prior solicitor’s 2017 "M-opinion" restricting the law’s reach.

"The reasoning and basis behind that M-Opinion were soundly rejected in federal court," the department said in a statement, adding that it "overturned decades of bipartisan and international consensus and allowed industry to kill birds with impunity" (Greenwire, March 8).

The 2017 opinion authored by Daniel Jorjani, who served as Interior’s solicitor, reversed a more expansive Obama administration interpretation that the Migratory Bird Treaty Act covered "incidental take," which would often extend to birds killed by power lines or oil spills.

"Interpreting the MBTA to apply to incidental or accidental actions hangs the sword of Damocles over a host of otherwise lawful and productive actions, threatening up to six months in jail and a $15,000 penalty for each and every bird injured or killed," the Jorjani opinion stated.

Judge Valerie Caproni of the U.S. District Court for the Southern District of New York last year struck down Jorjani’s opinion. The Trump administration announced it would appeal last October, but that was dropped by the Biden administration (Greenwire, Oct. 9, 2020).

In its unadorned language, the 1918 law prohibits the unauthorized taking of more than 800 species of migratory birds.

Courts have interpreted the ambiguous text in different ways.

In 1998, for instance, the Moon Lake Electric Association in Colorado was charged with taking 12 golden eagles and other birds that landed on power poles providing electricity to an oil field. In refusing to dismiss the charges, the trial judge determined that "the MBTA does not seem overly concerned with how captivity, injury, or death occurs."

Some courts, though, have interpreted "take" as being limited to hunting and other willful acts.

In 2015, the 5th U.S. Circuit Court of Appeals dismissed charges that Citgo Petroleum Corp. had violated the law. A three-judge panel unanimously ruled that a district court erred in convicting Citgo of violating the MBTA when it unintentionally killed 10 ducks at a Texas refinery (Greenwire, Sept. 11, 2015).

"This scope of strict criminal liability would enable the government to prosecute at will and even capriciously," the court said, yielding "absurd results."

But environmentalists said scrapping the Trump regulation is key to moving forward with a new approach.

“The Biden administration is right to reverse the horrendous Trump rule that permitted the unmitigated slaughter of migratory birds, but that’s far from sufficient,” said Eric Glitzenstein, the Center for Biological Diversity’s litigation director. “To halt bird populations’ drastic declines, Interior Secretary Haaland must embark on a new, comprehensive program that requires industry to adopt commonsense measures for avoiding or minimizing the bird deaths caused by their activities.”