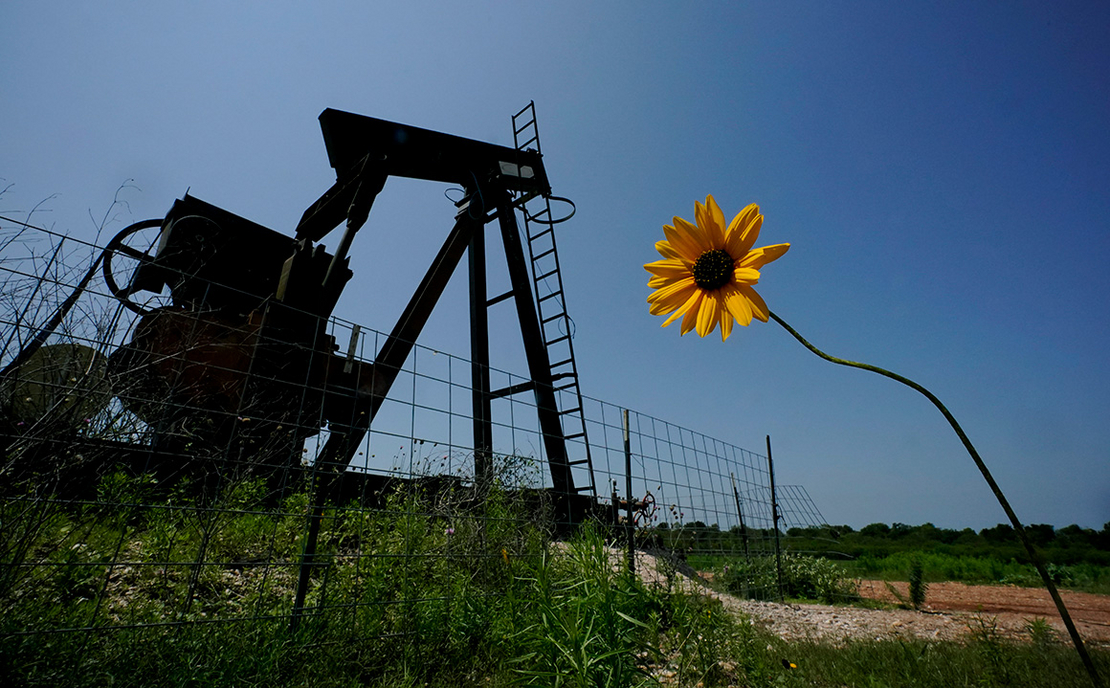 A wildflower in May blowing in the wind near an old pumpjack on a ranch near Refugio, Texas. Eric Gay/AP Photo

The Interior Department has signed an agreement with several other federal agencies to organize its nationwide effort to clean up orphaned oil and gas wells.

Congress directed a historic $4.7 billion toward plugging abandoned wells on federal, tribal and private lands when it passed the bipartisan infrastructure package in November.

The law directs Interior to take the lead in carrying out the program on public lands and distributing funding to states and tribes.

A memorandum of understanding (MOU) signed by Interior Deputy Secretary Tommy Beaudreau last week, and disclosed publicly today, also details the agency’s planned collaboration with the departments of Energy and Agriculture, as well as EPA and the Interstate Oil and Gas Compact Commission.

“Capping unplugged oil and gas wells is a win-win, helping to revitalize rural economies and providing opportunity to the fossil fuel workers who have powered our nation for over a century to land skills-matched jobs that will protect the health of their communities," she said in a statement.

The MOU signed last week creates an executive team to provide high-level direction, decide on funding and prepare annual reports on the orphan well cleanup efforts to Congress. The team will be made up of the five Interior assistant secretaries, the director of the Bureau of Land Management and undersecretary for natural resources and environment at the USDA.

Most of the orphan well cleanup efforts will be headquartered at BLM, an Interior agency that oversees its oil and gas program.

BLM will head a technical working group responsible for managing the orphan well program on federal lands, ranking orphan wells for cleanup operations, and developing a way to track and measure the methane pollution coming from abandoned wells. It will also rely on experts at the U.S. Geological Survey, the Bureau of Indian Affairs, EPA and DOE.

The group is responsible for making recommendations to the executive team, according to the MOU.

On state and tribal lands, the MOU notes that Interior’s Office of Environmental Policy and Compliance is leading the rollout of funding.

Interior Secretary Deb Haaland said that making “critical investments” in legacy oil and gas cleanup will demand an “all of government approach.”

“I have seen firsthand how the orphaned oil and gas wells left behind by extractive industries lead to hazardous pollution, water contamination, and safety hazards for our communities,” she said in a statement. “I am proud to join our sister agencies in this effort.”

EPA has estimated the number of unknown orphan wells across the country could run into the millions.