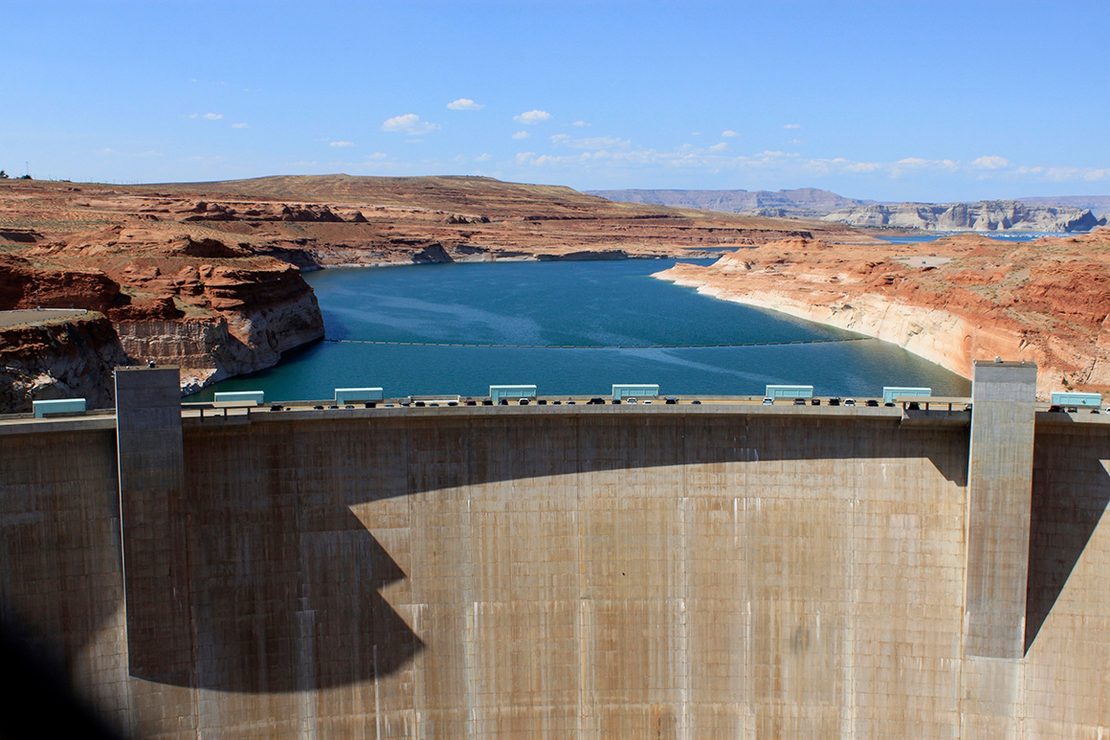 In its bid to prevent a hydropower shutdown at the Glen Canyon Dam during persistent drought, the Interior Department will hold back nearly 480,000 acre-feet of water from being released, agency leaders announced today.

The Bureau of Reclamation will also seek to bolster historically low levels in Lake Powell by releasing 500,000 acre-feet of water from the Flaming Gorge Reservoir in Wyoming.

“We have never taken this step before in the Colorado River Basin, but the conditions we see today and the risks we see on the horizon demand that we take prompt action,” said Tanya Trujillo, Interior’s assistant secretary for water and science.

A Reclamation database shows the reservoir at just under 3,523 feet as of yesterday, less than 35 feet above the lowest level at which the dam can still generate hydropower.

Trujillo first mentioned reductions in annual flows during a speech at the University of Utah in March, proposing to reduce the volume released from Lake Powell to 7 million acre-feet from 7.48 million acre-feet (E&E News PM, March 17).

Representatives of the seven basin states — Arizona, California, Colorado, New Mexico, Nevada, Utah and Wyoming — endorsed the recommendations in an April 22 letter to Trujillo, first reported by the Nevada Independent.

“It is our collective judgment that additional cooperative actions should be taken this spring to reduce the risk of Lake Powell declining below critical elevations,” representatives for each state wrote, adding that Interior should consider how to pursue “needed maintenance or feasible modifications to water delivery or hydropower generation infrastructure.”

Persistent drought across the West has led to historically low levels in both Lake Powell and Lake Mead, which sits downstream on the Nevada and Arizona border.

Last summer, shortages in the basin prompted Reclamation to release 161,000 acre-feet of water from the Blue Mesa and Flaming Gorge reservoirs to Lake Powell, under a provision of the Drought Response Operations Agreement.

The agency also ordered temporary reductions of 350,000 acre-feet of water behind the Glen Canyon Dam for later release.

“Our actions are designed to work adaptively within the existing rules and guidelines that we have in place,” Trujillo said. “We are very fortunate to have a good track record of coordination in the Colorado River Basin to build upon” (Greenwire, April 18).

“We are taking extraordinary actions today,” she added. “We do not have time to waste.”

Both the current operating plan for the Colorado River Basin and a drought contingency plan are set to expire in 2026. Trujillo said the process to update those agreements will start “soon” but did not provide a date.

“We are always open to suggestions and input from members of our communities, from academic institutions, from scientists and researchers,” Trujillo said.