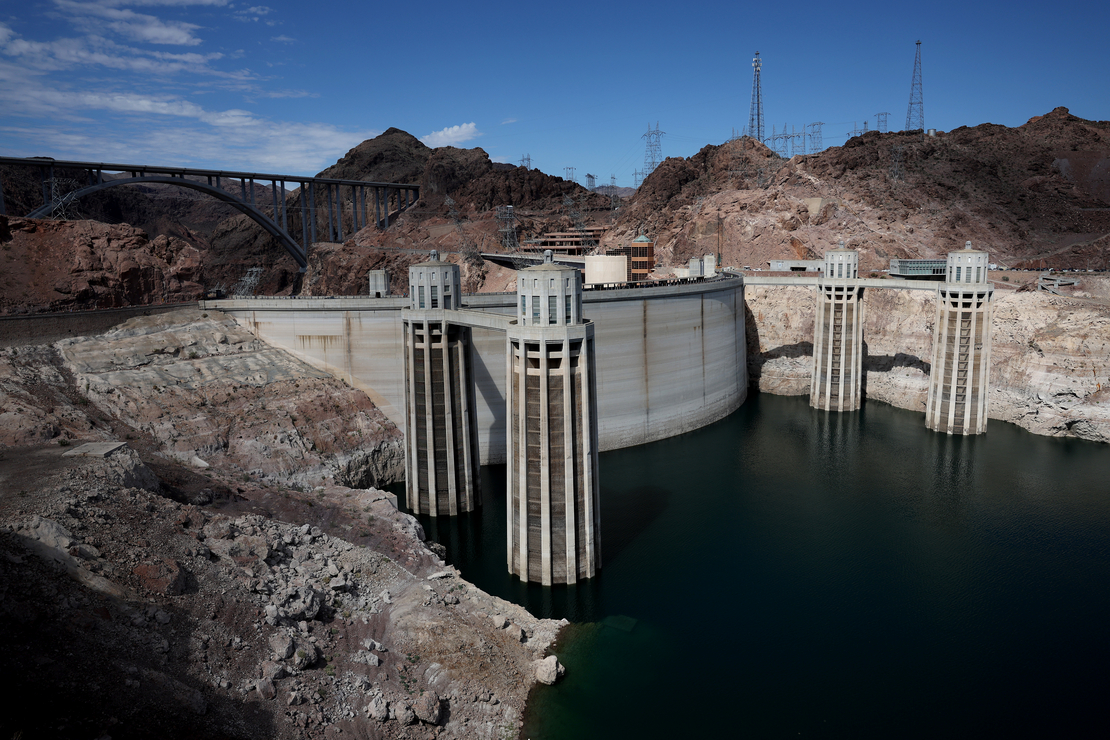 After Western states failed to come up with a plan to cut their use of Colorado River water, the Interior Department on Friday said it is preparing to take steps to control the flow and keep hydropower dams generating electricity.

Interior declared that it could overhaul the operations of the Glen Canyon and Hoover dams, saying the federal government is crafting a plan that could further slash water deliveries to California, Arizona and Nevada.

The announcement from Interior Secretary Deb Haaland and Bureau of Reclamation Commissioner Camille Touton comes more than two months after seven Western states missed a deadline to agree on how to reduce consumption by up to 4 million acre-feet in 2023.

The Colorado River is vanishing amid more than two decades of drought, causing record low water levels in Lake Powell and Lake Mead reservoirs and threatening the operation of hydropower facilities that provide electricity to millions of people.

“The Interior Department continues to pursue a collaborative and consensus-based approach to addressing the drought crisis afflicting the West,” Haaland said in a statement. “At the same time, we are committed to taking prompt and decisive action necessary to protect the Colorado River System and all those who depend on it.”

The proposed changes would affect the 2007 Colorado River Interim Guidelines, a set of rules that dictate how much water is withdrawn from each reservoir based on its current surface elevation.

A notice in the Federal Register detailing the changes says that Interior will prepare a supplemental environmental impact statement (SEIS) for publication in spring 2023 that reexamines the 2007 guidelines.

“Recognizing the risks facing the Colorado River Basin, the Department has concluded that immediate development of additional operational alternatives and measures for Lake Powell and Lake Mead are necessary to ensure continued ‘operations that are prudent or necessary for safety of dams, public health and safety, other emergency situations,'” the notice states.

The move today reflects Interior’s pledge in August to “take action” if the states failed to strike an agreement by an unspecified date.

At that time, the agencies did not offer specifics beyond underscoring the Biden administration’s ability to draw more water from upstream reservoirs or make infrastructure improvements to reduce evaporation losses downstream (E&E News PM, Aug. 16)

Ahead of the deadline, the Upper Colorado River Commission — which represents Colorado, New Mexico, Utah and Wyoming — asserted that the three Lower Basin states must take the brunt of any reductions, arguing that the Upper Basin is “naturally limited” by the drought. They argue this contrasts with the Lower Basin states —California, Arizona and Nevada — which can draw from downstream reservoirs (Greenwire, July 20).

Arizona officials said that, along with Nevada state officials, they had put forth an aggressive proposal to Reclamation and other states to reduce use by 2 million acre-feet among the Lower Basin states and Mexico.

But Arizona water managers, who did not offer specifics about the proposal, said in August that it had been rejected.

Under a shortage declaration issued by the Biden administration in August, Arizona, Nevada and Mexico must forfeit a portion of their respective Colorado River allocations in the current 2023 water year, which began this month.

California, which claims the largest portion of Colorado River water, would not face any cuts unless Lake Mead falls to an elevation of 1,045, about 2 feet less than the predicted 1,047.61-foot level it will reach in January 2023.

It remains to be see if Interior could back off its plans should Western states reach an agreement before the draft SEIS is released in 2023. The document could include a recommendation for a “no action alternative,” a news release said.