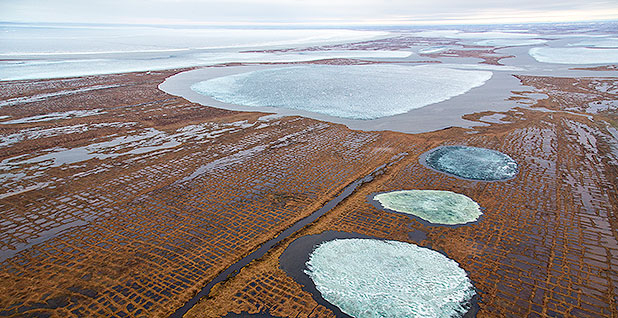 The government’s plan to rewrite the IAP would target the region around Teshekpuk Lake, which is now protected as critical habitat for polar bears, migrating waterfowl and caribou herds, and for subsistence hunting for Alaska Natives.

This protected region is directly west of ConocoPhillips Alaska’s Willow oil discovery, which is estimated to hold between 400 million and 750 million barrels of recoverable oil. The Willow field is located within the Nanushuk formation.

"We think it’s time to re-evaluate some of the areas that were previously left unavailable for leasing as well as open up avenues for infrastructure," he said.

"We’re very, very close on that, but not quite ready to publish that," he said.

Environmentalists were disappointed yet unsurprised by the news that BLM is revising the NPR-A management plan. They stressed that the IAP created during the Obama administration was an exhaustive process and feared that the Trump administration’s effort would be rushed.

They argued that BLM failed to consider the lease sales’ impact on climate change. "Like the rest of the Arctic, the reserve is warming rapidly, damaging its fragile ecosystems," attorneys with the environmental groups argued.

Nicole Whittington-Evans, the Wilderness Society’s Alaska director, noted that nearly 27 million acres of Arctic Alaska is already available to the oil and gas industry. And last week, the state of Alaska leased over 220,000 acres of state lands in the region. "This is just another example of this administration’s shortsightedness and desire to sell off America’s public lands to oil companies," she said.

"We have new information. We should examine and see if [it] is accurate," she said, adding, "For us, it’s a petroleum reserve. For us, taking care of the environment is the standard operating procedure."