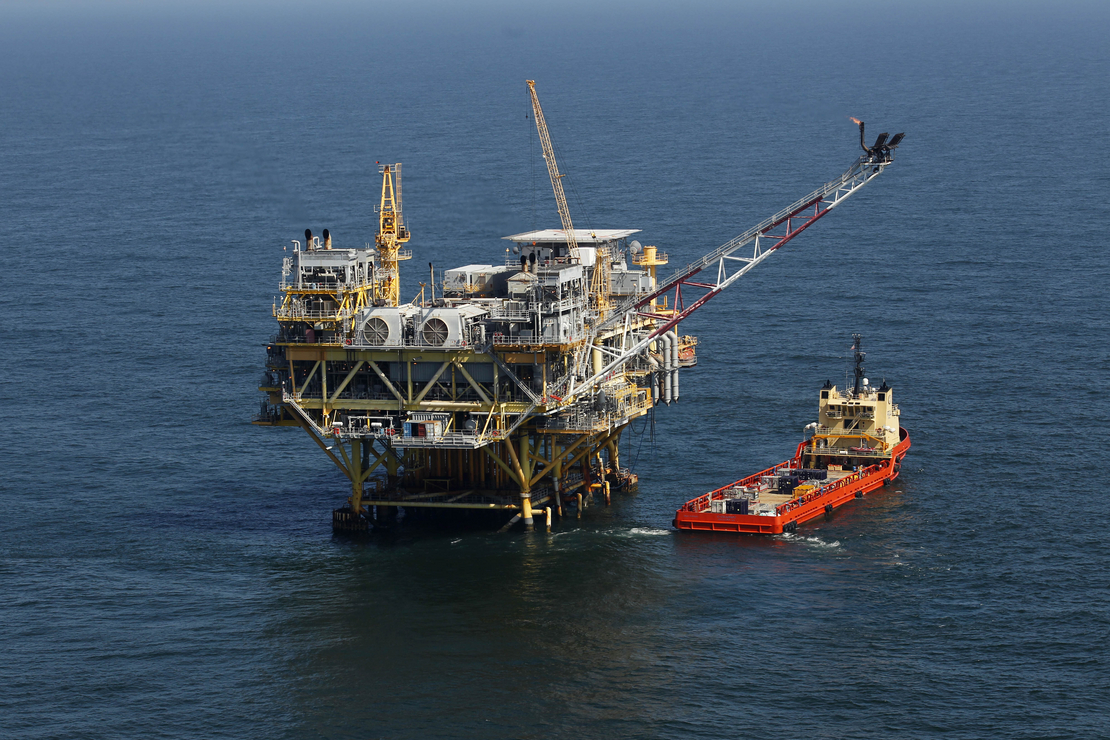 A rig and supply vessel are pictured in the Gulf of Mexico off the coast of Louisiana in 2011. AP Photo/Gerald Herbert

A conflict pitting the economic benefits of oil against the climate damage it causes is churning along the Gulf Coast as the Biden administration considers how often it will open those waters to oil and gas developers over the next five years.

While Congress recently ordered several oil and gas auctions offshore through Inflation Reduction Act — ending an extended pause on the practice by the White House — President Joe Biden’s administration is currently inking a separate plan to determine the pace of leasing between 2023 and 2028.

Ahead of an October deadline to weigh in before the final draft of that plan, individuals, climate organizations and industry groups have sent more than 6,000 letters to the Interior Department warning nothing short of broad economic hardship or climate collapse as a domino effect from the White House’s decisions.

“Please revise the plan to offer no new offshore oil and gas leasing. To avoid the worst impacts of climate change, we must end fossil fuel development immediately,” wrote Allison Duncan, whose entry didn’t describe her background. “I am very concerned that the proposed plan could lock in decades of extraction and destruction.”

On the other side of the debate, commenters said the oil and gas industry is a foundation for the Southern economies that encircle the Gulf, particularly in Texas and Louisiana. They were adamant industry be preserved.

The Associated Builders & Contractors of Louisiana argued, in a form letter shared by many others in recent weeks, that zeroing out leasing posed a “serious economic risk” to the country “during a time in which energy prices are rising, global supply chains are being disrupted, and inflation remains at historic levels.”

The conflicting viewpoints highlight a political loggerhead over how to manage the country’s mammoth mineral estate, and its resulting wealth, in an era of climate change.

Biden’s administration has sought to shift the use of public lands and waters away from oil and gas drilling — and toward conservation and renewable energy — as part of its climate agenda.

But stiff opposition from the GOP and the oil industry has coincided with a period of high energy prices testing the White House’s resolve. While the spike in pump prices is tied to a tight global oil market in the wake of the pandemic and the Russian war in Ukraine, it’s cast a shadow over the Biden administration and efforts to rein in future federal drilling.

A period of compromise has been ushered in by the Democrats’ Inflation Reduction Act, a massive climate package signed into law by Biden in August that included a bargain to capture the vote of conservative Democrat Sen. Joe Manchin of West Virginia. It tethers new renewable leasing offshore to ongoing oil leasing and orders the reinstatement of several canceled sales.

Earlier this month, acting on that mandate, the Interior Department reinstated the $190 million Lease Sale 257 from last November. A federal judge had thrown out that sale, which Interior held because of a different court order (Energywire, Sept. 15).

Last week, Interior announced it will hold an auction for leases in Alaska’s Cook Inlet by the end of the year. The department had canceled the sale in May, saying there wasn’t enough company interest (Energywire, Sept. 22).

The Inflation Reduction Act also mandates Interior hold another two Gulf of Mexico sales that had been canceled earlier this year.

With those pending lease sales in mind, the administration now must weigh how much additional oil and gas leasing in the legally mandated five-year plan to preserve offshore wind leasing.

In July, the Biden administration released a draft of a plan that provided a range of scenarios with no clues on where the administration is leaning. It could zero out new offshore lease sales. Or hold up to 11 in the Gulf and Alaska’s Cook Inlet between 2023 and 2028 (Energywire, July 5).

With the Inflation Reduction Act’s requirement that some offshore oil lease sales move forward in order for Interior to hold auctions for offshore wind — a huge priority for the Biden administration — at least some sales are expected to be included in the five-year plan.

In a reflection of the widespread interest in Biden’s agenda, many comments poured in from far outside of the Gulf region, but with familiar concerns.

“The decision to expand fossil fuel production despite full knowledge of climate change, its causes, and its consequences, would be nothing less than a catastrophic failure of leadership,” wrote Donald Sutherland of Larchmont, N.Y.

He added, “If the proposed leases are approved, future generations will forever be astonished how the leaders of one of the most advanced, prosperous, and powerful nations in human history, embraced enhanced climate change.”

But a Colorado oil and gas veteran in his 50s railed against an energy transition that ignores crude oil’s place in modern society, like it or not.

“Most products used by every day Americans comes from petroleum,” wrote Michael Hampton. “We need to drill in the Gulf of Mexico. If we stop drilling, it affects everything.”

Gregory Upton, an economist at Louisiana State University, said in an interview that it’s not an overstatement that limiting leasing in the Gulf would bang up the economy in oil-reliant regions.

“It would have a huge economic effect on Louisiana and Texas,” he said.

He echoed a growing viewpoint from some in the fossil fuel industry that during the so-called energy transition, production with a lower-carbon footprint resource should be prioritized.

The idea is to keep drilling in oil and gas fields that are less carbon-heavy during the drilling process, while beginning to shutter those that have higher pollution.

The Bureau of Ocean Energy Management acknowledges in its draft plan that the Gulf has benefits in terms of direct air pollution. The Gulf of Mexico is responsible for roughly 15 percent of the nation’s crude oil supply, and reducing access to that area would slightly decrease consumption due to higher energy prices while also increasing imports.

“It’s hard to make the argument that that is a logical next step in this road to decarbonization,” said Upton.

But the debate pitting the climate against the economy is a problematic one for many in the climate field.

Andrew Dessler, director of the Texas Center for Climate Studies at Texas A&M University, said it presents a “false choice” for the public, while ignoring the potential in switching to renewables.

“I do like to push back on the ‘climate versus economy’ argument,” he said in an email. “The price of renewable energy is now low enough that saving the climate can actually *improve* the economy.”