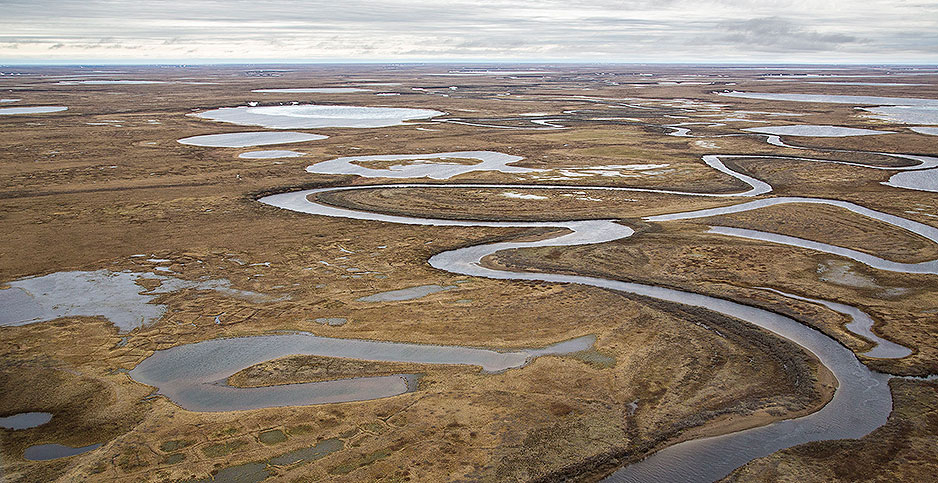 The Biden administration will review a Trump-era decision to greenlight oil drilling access in most of the National Petroleum Reserve of Alaska, the Interior Department revealed in a court filing yesterday.

Management of the NPR-A has become a challenge for the administration, which aims to reform the federal oil and gas program to reduce climate impacts but also recently supported a contested $6 billion oil and gas project within its boundaries.

The Trump administration expanded oil and gas developers’ access last year to 84% from 50% of the 23 million-acre reserve.

The Biden administration will now examine those issues and could change where drillers can lease and develop crude oil and natural gas.

While the review is underway, Interior won’t permit new oil and gas leases on land that the Trump administration opened for oil exploration.

That memo was made public when filed in the U.S. District Court for the District of Alaska case last night. In it, Daniel-Davis said the department had yet to decide if it should “withdraw or replace” the final decision document approving the Trump-era management plan. She ordered Interior to complete its review by the new year.

Interior spokesperson Tyler Cherry said in a statement yesterday the department was “committed to protecting public health, conserving land, water, and wildlife, and ensuring that management of our public lands and oceans is guided by science, equity, and community engagement.”

NPR-A issues that will draw scrutiny in the review include studies of the oil impacts to subsistence hunting for Alaska Natives and adherence to robust NEPA review, according to Interior.

The review, while not unexpected, has encouraged environmentalists engaged in the court battle over NPR-A management.

“We strongly believe that the 2020 plan was not only illegal, but now feel it’s incompatible with the Biden goals of addressing the climate and biodiversity crisis,” Kristen Miller, acting executive director of the Alaska Wilderness League, said in an interview.

Kristen Monsell, an attorney for one of the litigants, the Center for Biological Diversity, said the Biden review should be a first step in retiring all Arctic oil development.

“It’s a no-brainer that new Arctic oil leasing is completely inconsistent with addressing the climate emergency,” she said in a statement. “Any reasonable review will show that the Biden administration must revoke this disastrous plan and start phasing out existing fossil fuel extraction. Anything less than that simply won’t cut it.”

But the oil and gas industry is advocating for more, not less, oil access on federal lands in the Arctic.

A court recently revoked the Biden administration’s approval of ConocoPhillips’ Willow project in the NPR-A, leaving its outlook in limbo. Yet a recent discovery by oil company Energy 88 Ltd. in the reserve revealed as much as 1 billion barrels of crude in the same area (Greenwire, Sept. 1).

Kara Moriarty, president of the Alaska Oil and Gas Association, said her group is “very concerned” about Interior’s direction and called the 2020 plan a “well-considered decision that is fully compliant with all applicable laws.”

“Federal regulatory decisions must have predictability and integrity, and not be subject to the political whims of changing administrations,” she said.