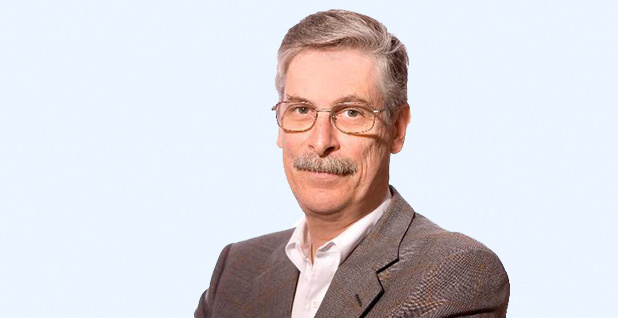 He oversees the Fish and Wildlife Service and the National Park Service in an acting capacity. It’s a high-profile and controversial post. After President Obama’s first appointee to the job, Tom Strickland, stepped down in 2011, Senate Republicans blocked the administration’s next two nominees.

Before joining Interior in 2009 as a counselor to Strickland, Bean had led wildlife conservation activities at the Environmental Defense Fund since 1977. He’s now Interior’s principal deputy assistant secretary for fish and wildlife and parks, and he’s played a central role in shaping the Obama administration’s endangered species policies from the start.

A small town in Iowa. It’s a town called Fort Madison, which I like to tell folks is about 20 miles down river from Burlington, which is the hometown of [famed conservationist] Aldo Leopold.

When I came to Washington, I went to work for a big corporate law firm, a firm called Covington & Burling. … While I was there, I had an opportunity to take an evening course at the Smithsonian on endangered species conservation. It was taught by a couple of Fish and Wildlife Service employees at the time and a nongovernmental person, as well. I became aware through that course of a case that was pending in the Supreme Court involving the Devils Hole pupfish. So I decided I would write an article about that case, and I submitted it to The Washington Post Sunday Outlook section … and somewhat to my surprise, they published the op-ed.

Some of the endangered species that I feel have achieved the most success against daunting odds are the California condor and the black-footed ferret. … Perhaps the species that I had the most involvement with prior to coming to the Interior Department was the red-cockaded woodpecker.

I was an entomologist — at least, was an entomology major at one time. I think a lot of the smaller creatures … the invertebrates and the plants that don’t get nearly as much attention or interest on the part of the public are nevertheless important species.

Probably the one I’ve come to enjoy the most is Everglades National Park, which I first visited in 1970 as a 21-year-old. I’ve always had an interest in the tropics and the subtropics, and that’s about as close as you can get to the tropics and still be in the U.S. And so I’ve always loved the park, I’ve loved its alligators and crocodiles and other creatures, its wading birds.

What’s the biggest difference between working for Secretaries Salazar and Jewell?

Secretary Salazar had a habit of walking around the building with a football in his hand and would come into your office and throw you a football. Secretary Jewell hasn’t done that. They’ve both been wonderful to work for. Secretary Salazar, of course, was a longtime public official who knew every senator and knew most of the players around town and could call them and get a conversation immediately with them. Secretary Jewell came in with really no comparable experience but has been remarkably successful in being a quick study, mastering the issues, understanding extremely well how Washington works. So they’ve been two quite different people in terms of their backgrounds, but I think both have been really splendid people to work for.

When I left the Environmental Defense Fund, there was a farewell party for me; all my colleagues wore fake mustaches. I think I’ve had that mustache since 1968. I wouldn’t know who I was looking at if I looked in the mirror and it wasn’t there.

I started out as a bird watcher but sort of plateaued in terms of my ability there, and then became aware that through the new field guides for butterflies and dragonflies, it’s possible to do field identification of those insects quite easily with close-focusing binoculars, so I’ve developed real interest in field identification of butterflies and dragonflies, which — believe it or not — is a growing interest, particularly amongst birders who see all the birds that they expect to see.

I do have some interests beyond my environmental interests. I am a huge fan of the Italian Renaissance artist Caravaggio. I have taken several vacations just to see Caravaggio exhibits around the world. … I’m also a huge fan of Bob Dylan. I have been a Dylan fan since I bought my first Dylan album in 1963.