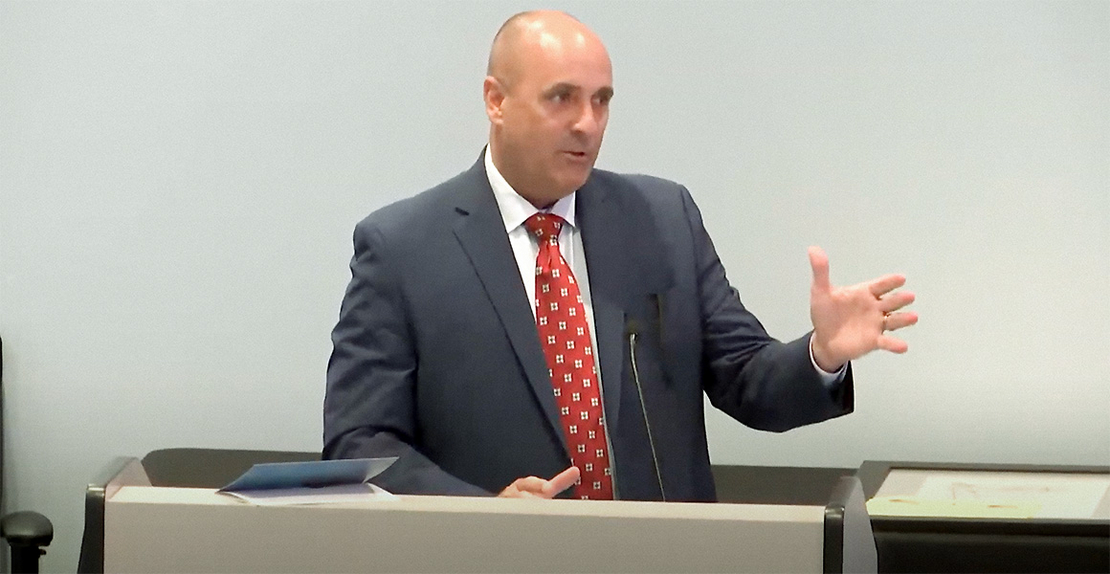 When the Interior Department wanted what it called an independent review of the Bureau of Indian Affairs’ much-criticized detention program, it turned to someone with firsthand knowledge.

The department hired a small, newly established consulting group founded by the former head of Interior’s Office of Law Enforcement and Security: Darren Cruzan. As the department’s top law enforcement officer between 2017 and 2019, Cruzan had oversight of BIA’s detention program.

And prior to that, between 2010 and 2017, Cruzan headed BIA law enforcement as director of the bureau’s Office of Justice Services.

The review Cruzan helped conduct of what was, in some respects, his former turf is now done but not yet released publicly. The contract totaled $82,910, according to federal contracting records.

“The Bureau of Indian Affairs commissioned a third-party review to help us understand how to best reform and update policies, training, procedures and resources for the Office of Justice Services Correctional Program,” a BIA spokesperson said in response to questions.

The spokesperson added that “we look forward to announcing these reforms later this month.”

Cruzan did not respond to an email.

Cruzan’s hiring was reported yesterday by NPR, following up on an earlier investigative report by NPR and Mountain West News Bureau into dire conditions and deaths within BIA detention facilities.

The NPR and Mountain West News Bureau investigation published in June found what it called “a pattern of neglect and misconduct that led to inmate deaths at tribal detention centers overseen by the Interior Department’s Bureau of Indian Affairs” and identified “at least 19 men and women” who have died since 2016.

“The decline in the Indian country jail population can be attributed mainly to the COVID-19 pandemic,” the analysts stated. The Bureau of Indian Affairs operates about a quarter of detention centers in Indian Country, while others are run by tribes, according to an agency website.

A partner in the Cruzan Group, Robert Knox, is a former Interior Department assistant inspector general, who talked to NPR about the review they conducted.

“There was a deliberate effort to take a look at these unfortunate losses of life and try and understand what happened and whether there were any changes that could be made to try and prevent anything of the same sort happening in the future,” Knox said.

The challenges facing the BIA detention program have long been apparent, and have invited myriad responses. Interior’s Office of Inspector General in 2011, for example, identified severe staffing shortages as a long-standing problem (E&E News, April 7, 2011).

In February 2012, following what he called “much review and input by OJS and Tribal Corrections personnel,” Cruzan rolled out the first edition of the OJS corrections handbook.

Nonetheless, in a 2016 evaluation, the IG office reported that there were some improvements but also “serious incidents at the detention facilities, including attempted suicide, escapes, and in-custody deaths,” that were not always reported in the department’s centralized system. Data that did exist was unreliable.

“In addition, the BIA had not completed required annual health and safety inspections in the prior 3 years at 17 of the 26 facilities we visited,” the IG office noted, adding that “facility maintenance needs were at risk of going unaddressed [and] overcrowding and staffing were problems at some facilities.”

“These issues had a negative impact on the condition of detention facilities and the health and safety of inmates and correctional staff,” the internal watchdog agency warned.

An enrolled member of the Miami Tribe of Oklahoma, Cruzan began his federal career with BIA as a uniformed police officer.

He later joined the Pentagon Force Protection Agency before going back to BIA as the director of law enforcement until 2017. He received the Department of the Interior’s distinguished service award for “outstanding contributions made during a career.”