Internment camp survivor wants NPS to preserve his past 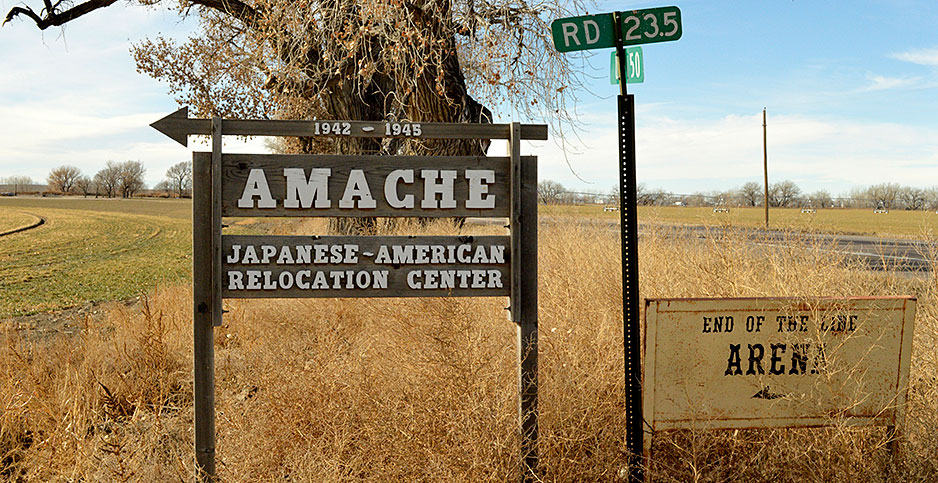 Bob Fuchigami was only 11 years old in 1942 when the military ordered his family living in California to report to the local train depot.

Eventually, he said, they ended up at Camp Amache in Granada, Colo., where more than 7,000 Japanese-Americans were imprisoned during World War II.

"I did not understand what was happening," Fuchigami, who’s now 90, told a House Natural Resources panel during a virtual hearing yesterday.

"I was told to leave my rabbits, say goodbye to our dog, and get on a truck with the rest of the family with a small suitcase my older sister had packed for me. I never saw my dog or rabbits again."

Fuchigami, a former special education teacher from Evergreen, Colo., and a Navy veteran who served in the Korean War, told lawmakers the site of the incarceration camp should become part of the National Park Service. He said that would help local high school students who keep watch over the cemetery and the land.

"They cannot do it alone. They need the National Park Service’s help to ensure this place is protected, preserved and interpreted for future generations," Fuchigami told the Subcommittee on National Parks, Forests and Public Lands.

Fuchigami shared his story as the subcommittee heard testimony on H.R. 2497, the "Amache National Historic Site Act," which would put NPS in charge of the site.

The legislation, sponsored by two Coloradans — the panel’s chairman, Democratic Rep. Joe Neguse, and Republican Rep. Ken Buck — was one of four park-related bills considered by the subcommittee, though no votes were taken.

Neguse cited the Amache bill as an example of how Congress can help the park service tell the stories of more Americans.

He said the nation’s park sites historically have reflected only a "narrow slice" of the country’s history and haven’t reflected its full diversity.

"All in all, Amache tells a very important story, and we stand ready to make sure that that story is protected and shared for many generations," Neguse told his colleagues.

Camp Amache is one of 10 incarceration sites for Japanese-Americans who were forcibly removed from the West Coast. They were created by the War Relocation Authority under President Franklin Roosevelt.

The park service has already been studying the site as a possible addition. Congress ordered a "special resource study" in 2019 as part of its John D. Dingell Jr. Conservation, Management and Recreation Act, a legislative package that included more than 100 bills.

Under that process, NPS would issue a report to the Interior secretary, who would then make a recommendation to Congress.

The camp, also known as the Granada War Relocation Center, is now a national historic landmark.

Fuchigami said the foundations of the site have been preserved, and the guard tower, the water tower and a replica of one of the barracks have been reconstructed. But he said the site needs more resources from the park service.

"A visitors center is needed to explain what happened to these 7,500 Americans during wartime," Fuchigami told the panel.

"Along with many other survivors and descendants, I have long advocated for Amache to be protected and preserved as a national park site so that this history can no longer be ignored, forgotten or remain invisible," Fuchigami added.

Fuchigami called the incarceration camp "a traumatic subject" and said it’s "very personal to me and has been for most of my life."

He recalled how his family had to leave their fruit and vegetable farm with little explanation. "No reason given except two vague words: ‘military necessity,’" he said.

"No charges were leveled against us. No trial. No hearings. We were loyal, patriotic, law-abiding citizens who had never done anything wrong. Why were we treated this way? Forty years later, a congressional commission determined that ‘military necessity’ was false, and we should have never been evicted and incarcerated."

At the camp, Fuchigami said, his family of 10 members was assigned to two rooms — each 20 by 20 feet.

"Each room held five canvas cots, a single lightbulb hanging from the ceiling, no running water or toilet, and a potbellied stove for heat," Fuchigami said.

"No furniture. The walls and windows were so poorly constructed, they left a gap allowing dust and snow to blow in. Temperatures ranged from below zero in winter to well above 100 degrees in summer. Dust storms were frequent. Mess halls, toilets, showers were communal. No privacy."

He added, "The camp was surrounded by barbed wire, with eight guard towers manned by military police on duty 24 hours a day. They had orders to shoot anyone trying to escape."

During their three-year incarceration, Fuchigami said, his mother had a stroke, and his father suffered a debilitating spine injury after falling off a work truck, and neither recovered.

"While in Amache, we lost everything: home, furnishings, land, farm equipment — everything," he said.

Fuchigami said the Amache story "is not over," with Asians still suffering today from hate crimes and discrimination.

But he said his parents, first-generation immigrants to the United States, would be pleased to know that there’s now a bill in Congress to make Amache part of the park service, and he’s hoping members will approve it quickly.

"I have been waiting for this to happen for a long, long time," he said.

It would allow for the addition of more sites related to the landmark 1954 Supreme Court ruling, which said segregated schools were unconstitutional.

"Although most often associated with Topeka, Kan., Brown v. Board was in fact a portfolio of court cases drawn from Topeka, Kan.; Summerton, S.C.; Wilmington, Del.; Farmville, Va.; and the District of Columbia," said Leslie Canaan, a senior field officer with the National Trust for Historic Preservation.

She said the court case "is truly a story with national significance" but that its history "is currently represented in our national consciousness by a single building stewarded by the NPS — the Monroe Elementary School — that is a national historic site located in Topeka."

Pullman was the home of the Pullman Co., which built railroad cars and where workers helped shape the labor movement.

Philip Bradshaw, president of the New Philadelphia Association, told the panel that New Philadelphia is the first known town in the United States that was platted and legally registered by an African American.