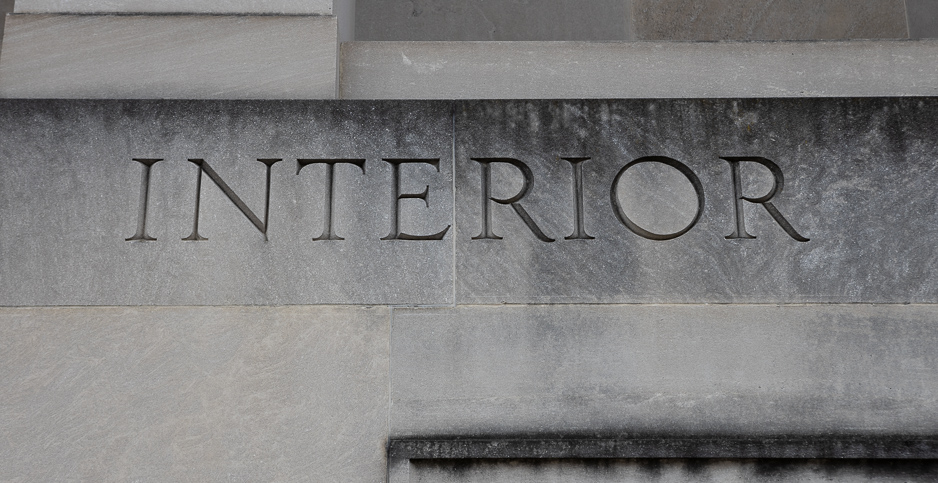 "What happens in reality sometimes is that many of these people … who have been in government before, they say, ‘Oh, ethics guys, you ethics weenies, you know what, chill out,’" de la Vega told Interior investigators last year.

Speaking to two Office of Inspector General agents looking into a complaint filed against Assistant Interior Secretary for Insular and International Affairs Doug Domenech, de la Vega elaborated about the attitudes he’s sometimes encountered in his career throughout government.

"They read the [ethics] pledge and read all of those obligations in the pledge, and they go, ‘What, I’ve got to do this?’" de la Vega said.

A redacted transcript of de la Vega’s July 2019 interview was obtained by E&E News under the Freedom of Information Act, as part of a 354-page packet of documents compiled by investigators during their Domenech probe.

The documents shed light on how the investigation unfolded, how a reinforced ethics team tries to keep Interior employees on the straight and narrow, and how Domenech himself may have learned some lessons.

Interior, too, appears to be learning. Two years ago, the department had 21 full-time ethics program staff across all bureaus and offices. There are currently 62 ethics officials in the newly consolidated ethics office, with another six expected to join in the next month.

"The current number of ethics officials in the [department ethics office] is nearly triple the number that were on board in April 2018," Interior spokesperson Nick Goodwin noted today.

Also, as part of its FOIA response, the IG office found one page that originated with the Interior secretary’s office and another six pages with the solicitor’s office. Both those matters have been referred to those offices, which will issue their own responses.

Last December, the IG office reported, "Although we did not find that Domenech violated his ethics pledge as alleged, we determined that he violated Federal ethics regulations" after he began working for Interior as a special government employee. The violation occurred when Domenech arranged two meetings with an attorney for the Texas Public Policy Foundation, his former employer, in April 2017 (E&E News PM, Dec. 10, 2019).

"Domenech should not have met with the TPPF without considering the appearance issue and, if he believed there could potentially have been an appearance issue, he was required to seek approval from an ethics official before attending the meetings," the IG office wrote.

Litigation between the TPPF and two Interior bureaus, the Fish and Wildlife Service and the Bureau of Land Management, was discussed at the meetings. Domenech worked for the TPPF from March 2015 to January 2017, dealing with energy and EPA matters.

Domenech told investigators he considered the meetings "just a regular access for any citizen or group that wanted to come in and talk to us."

Domenech followed the meetings with the TPPF attorney with an email in May 2017 in which he wrote, "Keep fighting." Domenech told investigators this comment was his way of encouraging the TPPF to continue to pursue its constitutional rights.

"You’ll never understand this unless you work in Texas," Domenech told investigators, a transcript shows, "but the idea of fighting is big for TPPF and people in Texas."

The department added that "Domenech self-reported this appearance issue in 2018 to Department ethics officials and has subsequently received additional guidance and ethics training."

"I shouldn’t have done it," Domenech said, "but I wasn’t thinking that I was — I was violating any ethics rule by doing that."

"Ethics programs that are not run properly, I think it does disservice to everyone, to employees and to the taxpayer," de la Vega told investigators.

"What happens oftentimes at these trainings is that people are on their cellphones or other things, and they just don’t focus," de la Vega said.

Before de la Vega’s Interior tenure began, Domenech attended an initial ethics briefing in January 2017, though the planned hourlong session was cut to 30 minutes. Asked why, he told investigators "it was a little bit crazy" at the time, when the transition was in full swing.

In February 2017, Domenech attended a second ethics briefing. Neither briefing seemed to leave a lasting impression on at least some issues.

"In those briefings, in those PowerPoints, did they cover interacting with former employers or clients?" an investigator asked.

"I would assume the answer to that is yes," Domenech said. "However, I don’t have a particular memory of that."

The investigator then informed Domenech that both PowerPoint slide decks included references to the rules governing former employers.

Other Interior officials offered imperfect recall on other matters.

Daniel Jorjani, now Interior’s solicitor, told an investigator in a July 2019 interview that he hadn’t remembered about one aspect of Domenech’s belated self-reporting of the TPPF meetings.

Then, Jorjani told the investigator, Domenech contacted him a few minutes before the IG office interview.

"He jogged my memory on this," Jorjani said, adding that "what he says broadly tracks with my recollection."