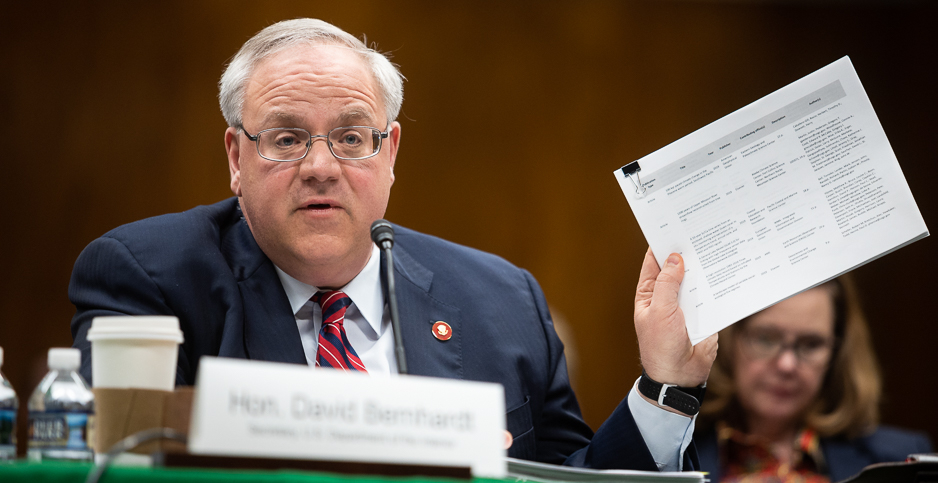 But the significance of the findings by Interior’s Office of Inspector General is open to debate.

The OIG found no specific fault in Interior’s actions and noted the Justice Department concluded officials "had discretion on the order in which to produce materials" in response to a federal court order in a Freedom of Information Act case.

"We concluded that the court is the proper venue to determine whether the DOI met its production obligations under its order," the OIG stated.

"The report demonstrates that the Department’s actions were consistent with its legal, ethics, and FOIA obligations, including the applicable court order," Interior said in a statement today.

At the same time, though, the report reveals some apparent political calculations in the release of information, and congressional Democrats cast the seven-page report in a much darker light.

"Officials at Interior are now on the record admitting what we suspected all along: they orchestrated a cover-up to protect Secretary Bernhardt during his confirmation, and all but lied to Congress about it," Sen. Ron Wyden (D-Ore.) and Rep. Raúl Grijalva (D-Ariz.) said in a joint statement.

The report involves the intersection between Bernhardt’s career trajectory and a broader FOIA lawsuit.

On Feb. 4, 2019, Bernhardt was nominated to become Interior secretary.

"Soon afterward, then Counselor to the Secretary Hubbel Relat directed staff from the DOI’s Office of the Solicitor (SOL) and members of the DOI’s FOIA staff to temporarily withhold documents related to Bernhardt from an upcoming release of documents under the litigation," the OIG reported.

Relat met with three attorney-advisers who were assigned to assist with the FOIA litigation.

"According to two of them, Relat told them during this meeting to take all documents related to Bernhardt — addressed to him, sent from him, or referring to him — out of the court-ordered document production related to the FOIA litigation," the OIG reported.

The anticipated release of documents was related to civil litigation, in which the court ordered Interior "to review 1,500 pages of potentially responsive records per month and release the responsive documents."

The court order did not set a minimum number of documents Interior had to release per month.

As a result of Relat’s direction, 253 pages were withheld from Interior’s February 2019 release of 1,228 pages identified as responsive to the FOIA request. Interior ultimately released most of the 253 pages in December 2019, seven months after Bernhardt was confirmed as secretary

The temporarily withheld documents included, "among other things, weekly updates to the White House, updates to senior DOI leaders, and draft press releases and reports," the OIG noted.

When asked whether he and Jorjani had considered documents related to Bernhardt to be "sensitive information" due to the recent nomination, Relat stated, "I think that’s probably a fair characterization," the OIG said.