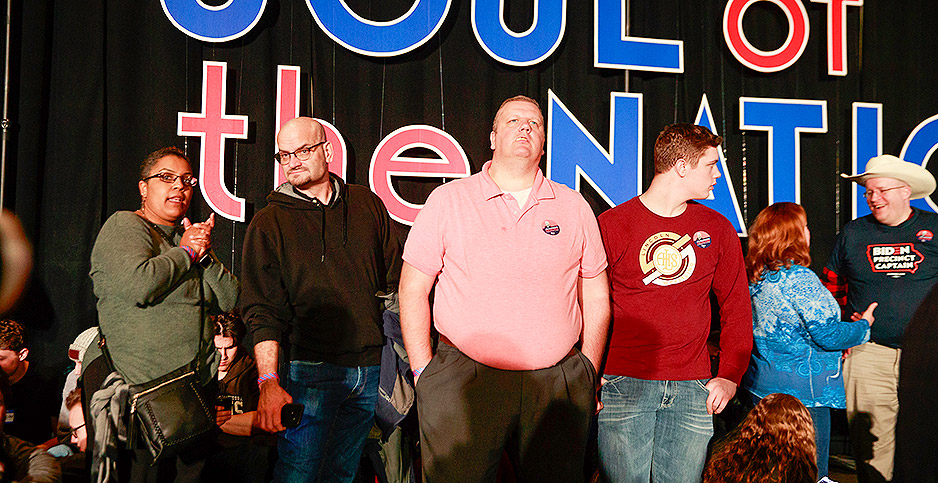 The mishaps that shadowed the Iowa caucuses last night throw into doubt the state’s future as the first primary contest while potentially reshaping the way presidential campaigns talk about climate change.

By midnight, the leading Democratic candidates had all declared victory of sorts while zero percent of precincts reported results. Official vote totals and delegate tallies are expected later today, after the state Democratic Party addresses "inconsistencies" from the initial tallies.

After 1 a.m. EST, the campaign of Sen. Bernie Sanders released its own unverified tallies collected by volunteers, suggesting the Vermont independent would capture the most delegates, followed by Pete Buttigieg, then Sen. Elizabeth Warren of Massachusetts and former Vice President Joe Biden.

Before the vote, Democrats had already begun questioning Iowa’s prominence due to its disproportionately white and rural electorate. Complaints about a sloppy election now join that demographic argument, with both moderate and progressive Democrats unloading on the process.

Bumping Iowa from the early-state calendar or switching it to a primary could reshape the way presidential campaigns talk about climate change.

Agriculture has become embedded in many candidates’ plans as they try to win the heavily rural state. The caucuses apportion a disproportionate amount of delegates from rural counties, and every debate has featured a candidate linking farming to carbon sequestration. This flood-prone state has also offered candidates a chance to talk about resiliency away from the coasts.

One in 5 Iowa voters ranked climate change as their top issue, according to a CNN entrance poll, behind only health care.

The other early states — New Hampshire, Nevada and South Carolina — have their own climate problems, like sea-level rise and wildfires, that could get more attention in Iowa’s absence.

"Does Iowa, as important as it is, … really reflect the breadth of the Democratic Party?" former New Orleans Mayor Mitch Landrieu said on a CNN panel. "We’re going to continue to have that debate."

Iowa’s historic role has been to winnow down the number of viable candidates. But most campaigns this cycle have ended after falling short of debate qualifications. Now there’s the prospect that Iowa’s delayed results might allow candidates to survive a bad showing at getting votes, at least briefly.

Iowans dreaded the potential consequences of such a high-profile mess.

David Yepsen, host of "Iowa Press" on Iowa PBS, noted that last night’s issues followed problems in 2012, when a close finish between Republicans Mitt Romney and Rick Santorum fed into weeks of uncertainty over who actually prevailed.

"RIP caucuses. And after the GOP fiasco of 2012, Iowa probably shouldn’t even try," he tweeted.

Problems came last night from several fronts. An app deployed by the state party to tally each precinct’s vote totals and state delegates was often abandoned, leading precinct chairs to phone in their results instead. State party staff struggled to handle the call volume, leading to long wait times.

The Iowa Democratic Party also expanded the amount of information that precinct officials were required to send to party headquarters. The change, made this year to ensure accuracy in the vote tally, slowed down the transfer of results.

The results that did make it to Iowa Democratic Party headquarters came under extra scrutiny after officials said they found inconsistencies in three sets of results. They said they were manually verifying the returns.

Biden’s campaign released a letter to the state party demanding an "opportunity to respond" before publishing any official results.

That came on top of turmoil at some caucus sites, with organizers struggling with last-minute venue changes, overflow crowds and instructions that could range from confusing to incorrect, according to caucusgoers.

Channing Dutton, a West Des Moines attorney and climate activist who supported Tom Steyer, said mistakes were "rampant" on his precinct’s preference cards because voters were asked to follow five steps at once.

"The chaos in my own precinct makes my head spin," he wrote on Twitter. "Good bye first in the nation. We are not worthy."