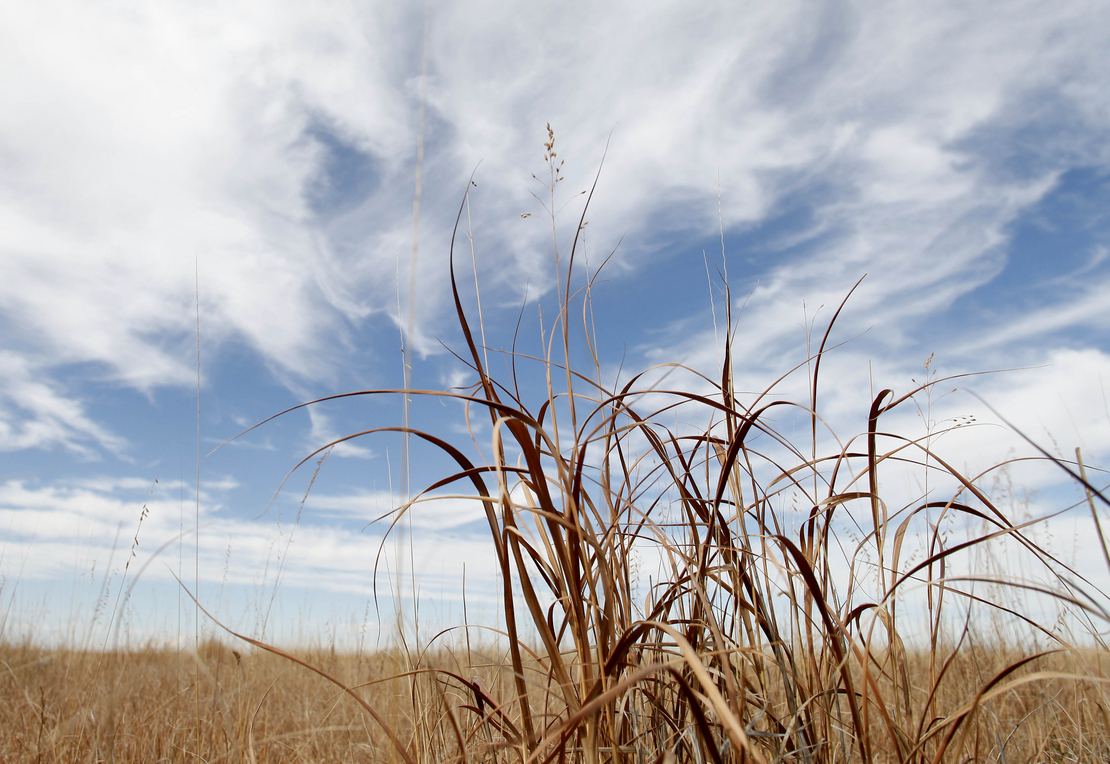 The IRS has released tightened regulations on conservation easements. In this photo taken Oct. 19, 2009, mixed grasses growing in a parcel of land enrolled in the Conservation Reserve Program are seen near Tribune, Kan. AP Photo/Charlie Riedel

Tax breaks for conserving privately owned land could face much stricter scrutiny under new regulations proposed by the IRS.

The Treasury Department and the IRS announced the new rules Tuesday, part of an effort to end the yearslong battle — both in courtrooms and on Capitol Hill — over whether some private landowners have turned conservation easement tax incentives into abusive tax shelters.

The proposals would require taxpayers involved in syndicated conservation easements to file special disclosures with the IRS when using the tax incentive.

The new rules would target syndicators that bring together investors in pass-through partnerships to buy land, obtain appraisals and then donate conservation easements — in which landowners pledge to never develop the land — that investors use to dramatically reduce their tax bills (Greenwire, Aug. 26, 2019).

Opponents of the process say some bad actors inflate the appraisals, creating a process in which syndicators are essentially selling inflated charitable contribution deductions.

In its proposal, the IRS notes that the updated regulations are intended to close a loophole, not curb conservation easements efforts.

“The foregoing efforts to combat abuse notwithstanding, the Treasury Department and IRS fully support otherwise proper deductions attributable to the voluntary contribution of a properly valued restriction on real property requiring the real property to be granted and protected for conservation purposes in perpetuity,” the agencies stated.

Although the IRS previously attempted to close the loophole in a 2017 notice, both the U.S. Tax Court and the 6th U.S. Circuit Court of Appeals ruled that the agency must follow formal rulemaking procedures.

A study by researchers at American University’s Washington College of Law found that the vast majority of the conservation easements created under Section 170(h) of the Internal Revenue Code — which allows landowners to claim a tax deduction for donating property to nonprofit land trusts or other qualifying organizations — do benefit wildlife and protect habitat (Greenwire, May 10, 2021).

Bill Snape, co-director of the law school’s Program on Environmental and Energy Law, told E&E News on Wednesday that it appears the new regulations would close the loophole that allowed the law to be used as a tax shelter.

“Overall, it seems the Biden administration might have turned the ‘conservation easement ship’ correctly around with this proposed rule, and we can get on with the hard and important work of conserving wildlife, habitat and natural resources on private land in the United States,” Snape said.

But the Land Trust Alliance’s Senior Director of Government Relations Lori Faeth warned that the rulemaking process can take months — the IRS indicated the new regulations would not be finalized until after a March 2023 public hearing — and urged Congress to continue to pursue legislation likewise aimed at closing the loopholes.

“To be clear, the IRS rulemaking absolutely does not negate the need for Congress to pass legislation,” Faeth said in written comments to E&E News. “Prior to the Tax Court ruling, while IRS Notice 2017-10 was still in place, the abuse not only continued but increased.”

Faeth pointed to IRS data showing investors claimed nearly $36 billion in deductions for syndicated conservation easements between 2010 and 2018, with $22 billion of that figure generated in the last two years. Data is not yet available for the period from 2019 to the present.

Congressional lawmakers said they expect to pursue legislation during the current lame-duck session.

Montana Republican Sen. Steve Daines, for example, has spearheaded a bipartisan bill, S. 2256, that would amend Section 170(h) of the Internal Revenue Code to limit the size of the tax deduction for donating property into easements that restrict the land’s use.

During a Senate Finance Committee hearing on the “Charitable Conservation Easement Program Integrity Act” — co-sponsored by Sens. Debbie Stabenow (D-Mich.) and Chuck Grassley (R-Iowa) and Finance Chair Ron Wyden (D-Ore.) — Daines said the bill targets partnerships of individuals and groups — referred to as syndicators — that buy land, obtain inflated appraisals and then donate the property to nonprofits for conservation easements at the high appraisal price, allowing them to claim a larger deduction on their tax bills (E&E Daily, June 23).

“What this [bill] intends to do is … encourage the right kind of conservation easements and to stop the bad ones,” the Montana Republican said during that markup.

Daines, in an email, did not address the latest IRS maneuver specifically, but expressed strong support for the kind of conservation easement reforms that are in his bill and the new IRS regulation.

“Congress must act before the end of the year to halt abusive syndicated conservation easements, which are costing taxpayers billions of dollars,” he said. “It’s time to pass my bipartisan bill and hold bad actors accountable.”

In a separate statement, a Wyden spokesperson said: “Senator Wyden and his cosponsors continue to push for a legislative fix to be included in any end-of-year package.”

Critics of that legislation have raised concerns about its inclusion of measures to claw back tax deductions taken in previous years.

But a Daines spokesperson noted that language included S. 4808, the “Enhancing American Retirement Now (EARN) Act,” addressing that the tax law would only apply to future easements.

“The amendment that was adopted as part of the EARN Act is prospective only. Also, it would save taxpayers nearly $8 billion over ten years by reducing tax fraud and holding bad actors accountable,” said spokesperson Rachel Dumke.

Still, Partnership for Conservation President Robert Ramsay, whose organization works on behalf of private landowners, warned that both the proposed IRS changes and the legislation as written will unfairly limit conservation efforts by nonfamily partnerships.

“At the end of the day, either and/or both are going to result in less land conservation,” Ramsay told E&E News. “Anywhere where you see development happening is where this will severely limit land conservation.”

Ramsay, who said he planned to weigh in on the proposed IRS rules changes, said the tax agency should focus on how valuations are assigned to conserved lands, rather than whether land donations are made by syndicates or related individuals.

“There are other ways to try to address this issue,” Ramsay said. “The crux of this issue has to do with valuation and whether the valuations used are appropriate or not.”

He added: “I viewed this as a really powerful tool. I think land conservationists that have advocated for this change will regret it.”

The Biden administration has pointed to private land conservation efforts as key to its aggressive conservation pledge, the “America the Beautiful” plan.

That program aims to conserve 30 percent of the nation’s lands and waters in a natural state by 2030 in order to protect biodiversity, respond to climate change and increase equitable access to nature. It is commonly referred to as 30×30.

But Faeth said while her organization continues to review the proposed regulations, it does not anticipate a negative impact from the changes.

“Conservation easements are one of the most important tools in our nation’s land conservation toolbox and providing tax incentives for these transactions has helped tens of thousands of Americans to voluntarily conserve millions of acres of their own land,” she said.