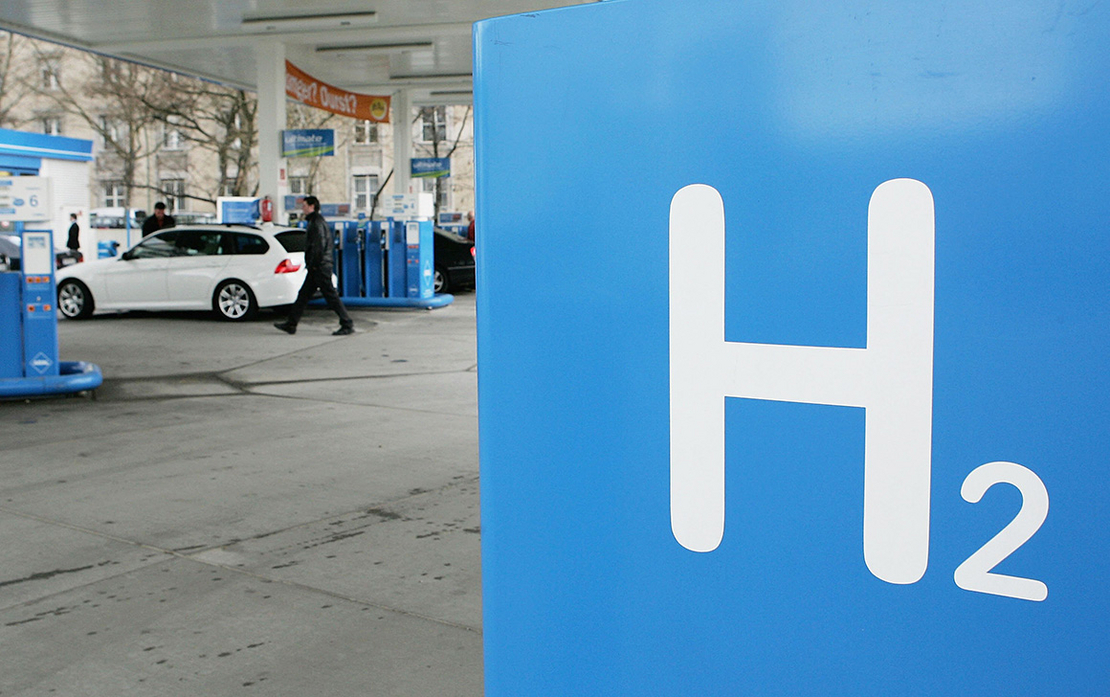 More than $8 billion in new federal funding for hydrogen development is fueling political disputes over what constitutes “clean energy” and underscores uncertainties over the fuel’s future in the fight against climate change.

The funds — which come through the recently signed infrastructure law — also are causing governors to jostle for cash, elevating hydrogen’s role in state plans for cutting carbon emissions.

Advocates for the fuel point to federal research suggesting hydrogen could be crucial for cutting emissions from long-haul transport, heavy industry and other hard-to-decarbonize sectors. The natural gas industry has given hydrogen a prominent place in its climate platforms.

Further, boosters hope the $8 billion slated for hydrogen development hubs — included in the infrastructure package President Biden signed into law last month — is a down payment on more federal support.

But backers have a lot to prove if hydrogen is to win its clean-fuel stripes in the states, where the battle for recognition as a potential replacement for fossil fuels is playing out, analysts say.

The emissions footprint of the "blue" type of hydrogen, which pairs natural gas reformation with carbon capture, has come under withering criticism in academic studies. Even hydrogen made with wind and solar energy can emit harmful pollutants when the fuel is burned in a conventional power plant.

Low-carbon hydrogen isn’t produced at a large scale in the United States, and the cost of production remains high.

"That to me is the million-dollar question. Who pays?" said Alex Kizer, senior vice president of research at the Energy Futures Initiative, a think tank that has advocated for clean hydrogen.

The goal, he said, is to use the $8 billion in federal spending on hydrogen hubs to prove the fuel’s mettle.

"We believe hydrogen’s going to be a major contributor to the low-carbon transition,” he said. “But nobody knows exactly how and where and when.”

The infrastructure law’s approach to hydrogen is to fund everything and see what sticks.

Funds will flow to at least four demonstrations of clean hydrogen "hubs" — projects that can develop infrastructure for everything from production, storage, transportation and consumption of hydrogen.

The hubs are to be located in four different regions of the U.S., and no more than two hubs can produce hydrogen using the same feedstock: fossil fuels, nuclear power or renewables. End uses for the hydrogen have to be diverse, too, ranging from building heat and heavy industry to vehicles.

Governors and state lawmakers are pressing their case for establishing a hub in their state.

In Mississippi, a $3 billion plan to make hydrogen from renewable electricity and store it in salt caverns has attracted the interest of Republican Gov. Tate Reeves. The governor wrote to the Energy Department in October asking the agency to support the plan with "all available resources."

In Oklahoma, a task force convened by the Legislature cited DOE’s infrastructure funds. Its report recommended the establishment of tax credits or other incentives for hydrogen hubs along with new state goals for clean hydrogen production.

Perhaps the most enthusiastic state leaders are in New Mexico. In recent months, Democratic Gov. Michelle Lujan Grisham has unveiled a draft bill with multiple tax breaks for the hydrogen industry, while pitching oil and gas companies on the opportunity and hosting roundtables with prospective hydrogen producers.

"We’ve made it known to [Energy Secretary Jennifer Granholm], and anyone else in the Biden administration that will listen, that we think we’re the right place for a lot of reasons," said James Kenney, New Mexico’s environment secretary.

"The next two years of state actions will define the next 40 years of our economy with hydrogen," he added. "One thing that New Mexico is going to do is throw elbows, and make sure we’re at the forefront."

New Mexico’s official interest is in some ways emblematic of hydrogen’s cachet in the broader climate policy conversation.

Grisham plans to push for legislation mandating a net-zero carbon economy by 2050. Officials in her administration have said hydrogen could be a useful tool in meeting that goal, given New Mexico’s emissions mix. Transportation and heavy industry, including oil and gas extraction, account for a high percentage of the state’s emissions.

The governor has also laid out the pro-hydrogen policies as a kind of olive branch to oil and gas producers, following a series of bruising battles with the industry over proposals to slash emissions. Oil and natural gas are an economic colossus in New Mexico, contributing a third of the revenue for the state’s general fund, which pays for everything from education to health care. The industry is also a major campaign contributor to both Democrats and Republicans.

So far, at least four hydrogen production projects are planned in New Mexico, all of them for "blue" hydrogen. But the governor’s backing of that kind of project has gone over badly with local environmentalists.

"The fossil fuel industry has been looking for ways to reframe their industry,” said Camilla Feibelman, director of the Rio Grande chapter of the Sierra Club. “For us, hydrogen is frankly a lot of hype."

Feibelman cited several recent studies finding that for blue hydrogen, fugitive emissions stemming from the production and transport of natural gas might sully the overall footprint, even if carbon capture systems were able to zero out emissions at the point of hydrogen production.

One of those studies came out last month in the journal Applied Energy. Another was published in August in Energy Science & Engineering.

Mario Atencio, a board member with Diné CARE, an Indigenous-led environmental group based in the Southwest, said the governor’s proposals to boost blue hydrogen seemed like a "nonstarter."

"How do you hide something incredibly dirty while you throw a blue label on it?" he said.

In October, 30 state environmental groups sent a letter to Grisham and pro-hydrogen federal and state lawmakers, asking them to recognize the "critical distinction" between blue hydrogen and the renewable kind.

"We write to express our unified concern that a ‘hydrogen hub,’ in particular one based on fossil hydrogen (i.e., from natural gas), will prove a counterproductive distraction from urgently needed climate action," they wrote.

The letter left open the possibility that renewable hydrogen could one day serve as a resource for combating climate change. But many greens want the state to focus on encouraging traditional renewables, like wind and solar, combined with energy storage, and leave it up to the fossil fuel industry to figure out its own future.

"That’s their issue. They have to figure out what to do," Feibelman said.

Congress’ infrastructure law attempts to breeze past the distinctions between the types of hydrogen.

Instead, it lays out the first-ever federal definition for "clean" hydrogen, based on the carbon intensity of production.

Under the law, "clean" hydrogen production can involve no more than 2 kilograms of CO2 per 1 kilogram of hydrogen. In 2028, the criteria could grow even more restrictive after a DOE review.

Some environmental groups have taken issue with the definition, opining that any amount of carbon emissions, at the point of production, should disqualify that type of hydrogen for federal policy help.

The Biden administration, for its part, has treated these questions as a challenge for scientists and entrepreneurs, rather than an insurmountable policy problem.

Hydrogen advocates say there’s a reason to be flexible around hydrogen emissions in the early years: The fuel needs to start developing a market, even as hydrogen developers look for ways to ratchet down emissions.

“There had not yet really been any sort of industrywide definition for what constituted clean hydrogen," said Mike Rutkowski, senior vice president for research and technology development at the Gas Technology Institute. "So, it’s a great step that that was spelled out."

For producers of hydrogen who rely on natural gas, finding ways to capture enough CO2 to meet the law’s "clean" criteria will likely be the first of several challenges.

Now, gas-based hydrogen tends to release around 9 kilograms of CO2, about 4 ½ times the amount needed to qualify as "clean.” It should be "achievable" across different types of hydrogen production, including natural gas-based fuel, Rutkowski said.

The real question is whether the federal government will ensure the fuel source is viable in the long run and after the initial blast of federal money dries up, advocates say.

One possible change — the addition of a production tax credit for clean hydrogen, similar to the credits offered for renewable electricity — made it into a Democratic-led reconciliation measure. The chances of a bill’s passage appeared to grow slim over the weekend, however, after Democratic Sen. Joe Manchin of West Virginia declared he would not support Biden’s "Build Back Better Act."

“In order for these hubs to really have longevity and be sustainable, there has to be the supporting policies and incentives, so there’s a demand for clean hydrogen,” said Rutkowski of GTI. “So that after these hubs get built, they have a lifetime.”