Is Kigali the key to future climate legislation? 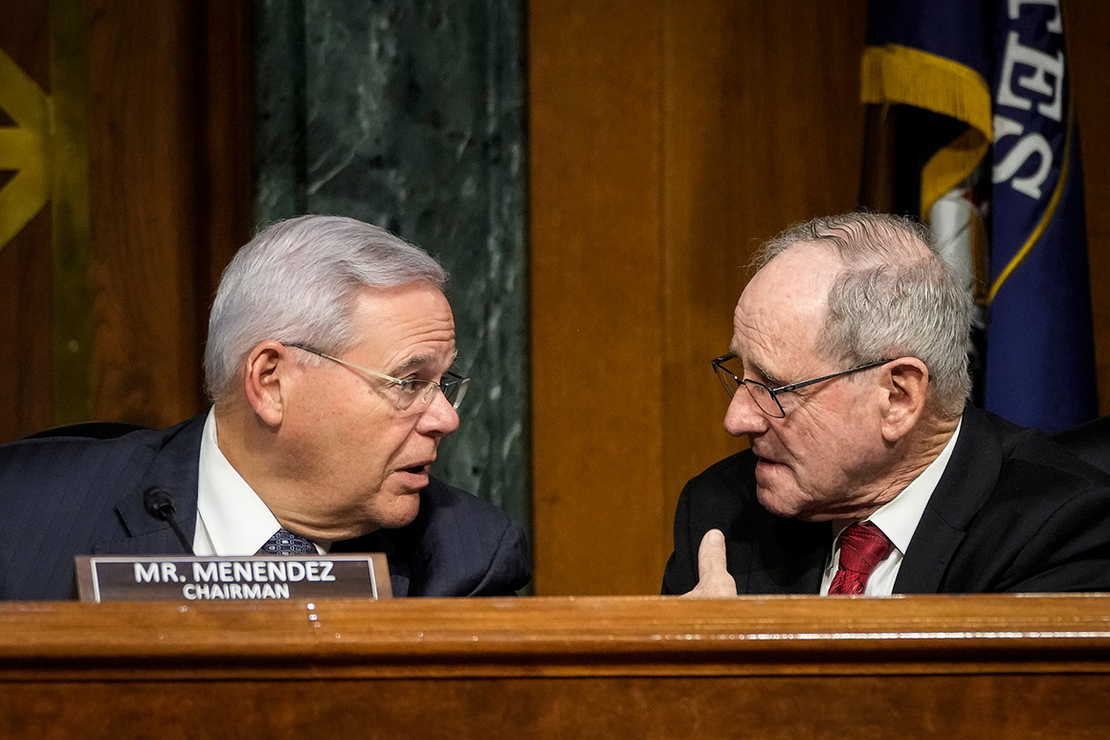 A Senate committee voted yesterday to send the most important climate treaty in years to the floor for ratification.

Not a single Republican opposed it.

The Kigali Amendment to the Montreal Protocol cleared the Senate Foreign Relations Committee on a voice vote, meaning that support for the agreement was overwhelming. It’s unclear when a floor vote will be scheduled for the treaty, which governs the global phase down of climate superpollutants used in cooling and refrigeration.

Yet the tantalizing prospect of the Senate passing a major climate treaty raises questions about whether future climate bills could follow a similar path. Seventeen Republicans would have to vote to ratify the treaty.

Is industry support and negligible opposition from Republicans the recipe for bipartisan climate action? And if it is, how many policies are likely to meet that kind of criteria?

“There aren’t really many things that are big and easy,” said Rich Powell, CEO of ClearPath Action, a centrist group that works to advance clean energy. “We’re usually working on big and hard or small and easy.”

Still, he pointed to a proposal to create a technology-neutral clean energy tax credit for early-stage inventions as another possible opportunity for bipartisan action.

The Kigali Amendment targets hydrofluorocarbons, the climate warming effect of which can be thousands of times more powerful than carbon dioxide. The agreement could save the world a half-degree Celsius of global warming — a down payment on the scientific imperative to keep post-industrial temperature rise to no more than 1.5 C.

It’s the rare example of a significant climate policy that has not triggered partisan rancor. That’s likely because of overwhelming business sector support for the transition away from HFCs and toward their alternatives, which were developed by U.S. manufacturers.

Replicating that with a carbon tax, or another emission-focused policy, would be challenging without the kind of dominating support by American businesses that pressured lawmakers to support Kigali. What makes Kigali so popular? The money-making opportunities it gives businesses that manufacture new substances for cooling.

“I think that industry support lowers the bar to entry for members to come in and support something, it kind of removes a barrier,” said Corey Schrodt, government relations manager at the Niskanen Center. “But I think that coalition-building and consensus-building has always been complex and rooted in very different issues facing different members.”

Industry backers of Kigali celebrated yesterday’s committee vote, but they struck a note of caution. Treaties require a two-third majority in the Senate, so 67 members would have to vote for ratification if the U.S. is to join 129 countries in the deal.

“We’re not taking anything for granted,” said Francis Dietz, vice president of the Air Conditioning, Heating and Refrigeration Institute, which has lobbied strongly for ratification of the agreement. “Anything can happen between here and the floor. I don’t think we’re in a position to be comfortable.”

Numerous trade and business groups urged committee members ahead of yesterday’s vote to support Kigali, including the American Chemistry Council and the American Society of Heating, Refrigerating and Air-Conditioning Engineers. The U.S. Chamber of Commerce also backs ratification.

Business interests have lost some of their pull with Republicans in recent years, at least on issues that place them at odds with populists and social conservatives (Climatewire, April 6). But in this case manufacturers in red and purple states like Louisiana and North Carolina have reached out to their home-state Republican senators to say if Kigali fails it would cede markets to foreign competitors.

He predicted it would be ratified.

Kigali, and the 2020 domestic legislation that makes implementing it possible, are climate policies. But they have been billed to would-be supporters on Capitol Hill almost entirely as commercial or trade initiatives instead. The bipartisan Senate Climate Solutions Caucus in its letter to the committee last week never mentioned climate change or the environment when urging passage of Kigali.

“Ratification of this amendment would help secure America’s place as a global leader in several manufacturing industries, and in turn give American products an advantage in the international marketplace,” the group of seven senators noted, citing a University of Maryland estimate that Kigali would add 33,000 new jobs and $12.5 billion to the U.S. economy.

Senate Environment and Public Works Chair Tom Carper (D-Del.) and Sen. John Kennedy (R-La.) penned an op-ed over the weekend that did make mention of climate change. But they also leaned in on the job-creation potential in states that are manufacturing HFC alternatives.

Carper told E&E News that yesterday’s vote showed “bipartisan willingness” to address climate change in a meaningful way. He pointed to legislation on water infrastructure that had also cleared his committee on a bipartisan basis.

“We can still find ways to get the big things done,” he said.

But Congress has never ushered major climate legislation into law. And the odds of doing so seem only to have lengthened in recent years — thus the Democrats’ current strategy of using a budget maneuver to pass climate legislation on a party-line vote in the Senate.

Most wide-ranging climate policies that can deliver sweeping greenhouse gas reductions aren’t a win-win proposition like Kigali. Even efficient climate policies generally incur costs somewhere, raising concern among conservatives for whom government regulation can be antithetical.

“It’s difficult when you look at it as the zero-sum game that a lot of members do,” said Schrodt of the Niskanen Center. “I think that we would point to policies where the net is more positive than negative. But especially when you’re looking at economywide climate measures, it’s going to be virtually impossible to not have somebody on the opposite side of a policy.”

The Niskanen Center backs a carbon tax, but Schrodt said smaller “bites at the apple” are the best candidates for bipartisan compromise on climate change. He did express hope that negotiations being led by Sen. Joe Manchin (D-W.Va.) could result in landmark climate legislation.

A handful of Republican lawmakers have shown interest recently in the idea of a border adjustment mechanism that would reward lower-emissions manufacturers — like those in the U.S. — at the expense of producers from less regulated countries, like China.

George David Banks, a former climate adviser in the Trump White House and a proponent of the idea, said it should appeal to conservatives.

“I think a key to gaining Republican support for a climate policy is that policy creating a competitive advantage for the United States in global markets, which will help bolster U.S. manufacturing, create jobs and help return key components of the supply chain back to our shores,” he said.

The border policy does that, he said, and so does the Kigali Amendment.

The Biden administration and its environmental backers have likewise punctuated the employment and economic benefits in their climate policies, like the stalled “Build Back Better Act.” The climate and social spending bill would channel hundreds of billions of dollars toward tax credit extensions and expansions and other incentives for private sector investment in clean energy.

“The cost of inaction is way more than the cost of action,” he said. “But that said, we’re not talking about sacrifice, we’re talking about building a better future and a more clean and equitable future.”

But Saleemul Huq, director of the Bangladesh-based International Centre for Climate Change and Development, said he’s encouraged by the prospects of the U.S. ratifying Kigali. But he said rich countries should not shy away from climate policies that might make a crucial difference to vulnerable countries like his own just because they’re costly.

“The actions needed to tackle climate change at the speed needed will involve some short-term costs for the U.S., which must also be done to save the global temperature from overshooting the 1.5 [C] that all countries have agreed to do,” Huq said.