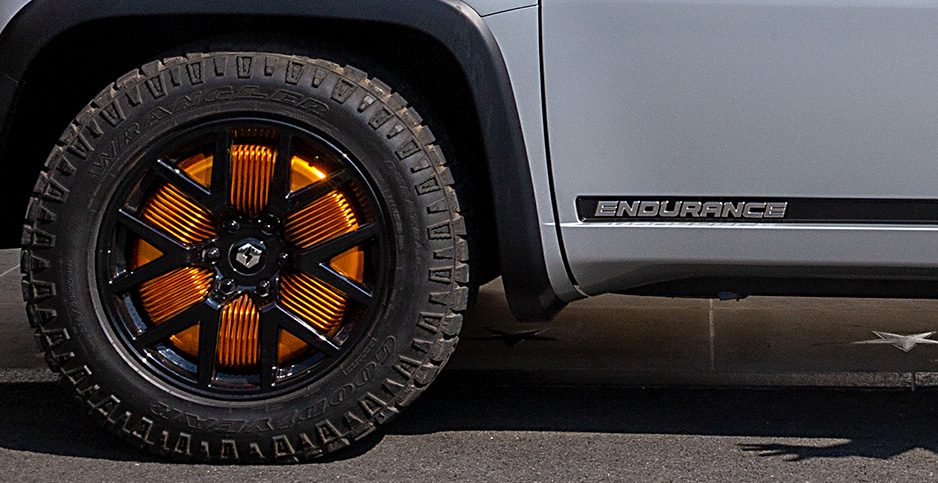 When upstart electric-truck-maker Lordstown Motors Corp. announced the departure of its top executives yesterday, the main reason was obvious: It made big promises and isn’t delivering.

But underneath the sudden resignations of CEO Steve Burns and Chief Financial Officer Julio Rodriguez lies another emerging reality.

That reality arrived last month in the form of Ford Motor Co.’s new electric F-150 pickup truck. One of America’s biggest automakers demonstrated that it is putting its formidable heft behind going electric — in exactly the niche that Lordstown wants to occupy.

"As soon as Ford showed the F-150 Lightning, it was really game over for Lordstown," said Sam Abuelsamid, an auto analyst for the consultancy Guidehouse.

Ever since Tesla Inc. introduced the Roadster in 2008, the assumption has been that the electric-vehicle future belonged to the upstarts. Traditional automakers, the thinking went, would fail at the century’s biggest change in autos because they are too slow, too entrenched in their ways and too out of touch.

But now that General Motors Co., Ford and nearly every global automaker are getting serious about EVs, it might be the startups that crumble.

"The idea that you’re going to come in as an upstart and unsettle the fuddy-duddy incumbents, I don’t think that idea is going to hold up even like it would have one or two years ago," said Karl Brauer, a longtime auto analyst and vice president at iSeeCars.com, an auto sales search engine.

At stake might be the pace of innovation. Automotive startups, from the founding of Tesla to today, have a knack for accelerating new ideas, from autonomous driving to reinventing how cars are made (Energywire, April 23). The reassertion of traditional automakers could cool that ardor and make future EVs more, well, traditional.

Lordstown announced Burns and Rodriguez were stepping down in a statement yesterday. Angela Strand, one of the company’s directors, was named executive chair and will lead the transition to a new permanent CEO. The company’s stock plunged almost 19%.

The outlook is grim for Lordstown, which faces multiple investigations by the U.S. Securities and Exchange Commission and admissions that it inflated preorders. It is also in desperate need of a cash infusion to start manufacturing this fall at its massive manufacturing plant in Lordstown, Ohio, that employs roughly 350 people.

Lordstown is one of a wave of EV startups that have become Wall Street darlings. With names like Canoo Inc., Fisker Automotive and Arrival, they have raised billions of dollars through a backdoor route to public markets called special purpose acquisition companies, or SPACs.

All are chasing the success of Tesla, which last year zoomed past Toyota to become by far the world’s most valuable automaker. But unlike Tesla or other well-known auto brands, many of the newcomers have not yet produced or sold a single car or truck.

Meanwhile, traditional automakers with decades of experience are making EVs en masse: Ford, besides planning to roll the F-150 Lightning off the production line in 2022, is now making more electric Mustang Mach-Es than traditional gas-powered Mustangs. GM and Ford are building their own battery factories, and automakers from Mercedes-Benz to Hyundai are putting EV models front and center.

Those incumbents possess huge advantages: a network of existing factories, a large and skilled manufacturing workforce, a deep supply chain, and a nationwide web of dealerships.

Lordstown, up and down

Lordstown’s big break hinged on a retrenchment from a big auto company. In 2018, GM said it would close its vast Lordstown auto plant east of Cleveland. A year later, criticized by then-President Trump for causing job losses, it sold the factory to a new entity called Lordstown Motors.

Overnight, Lordstown under Burns’ leadership went from an idea to a company with a 6.2-million-square-foot factory that it acquired for next to nothing.

"Steve Burns took advantage of that to get a factory for free," said Abuelsamid, the Guidehouse analyst. And GM, for its part, "was trying to avoid the grief of a couple more years of bad messaging from the president."

Burns was previously the CEO of Workhorse Group Inc., a company that recently made headlines under different management for losing a bid to sell electric delivery trucks to the U.S. Postal Service (Energywire, Feb. 24).

Lordstown set out to target part of the EV market that no one, including Tesla, had yet claimed: pickup trucks for commercial fleets.

It took a different approach to technology, too. Lordstown touted its plan to encase its flagship Endurance pickup’s electric motors in the wheels, which it claimed would make the chassis simpler and more flexible. Many analysts thought the new approach was an unnecessary risk.

Lordstown officially unveiled its Endurance a year ago this month at an event marked by an appearance by then-Vice President Mike Pence (Energywire, June 26, 2020).

In March, trouble appeared for Lordstown in the form of a blistering exposé by Hindenburg Research. That is the investment company that previously dug into inconsistencies at electric truckmaker Nikola Corp. that prompted the departure of its executive chairman, Trevor Milton, and nearly led to the company’s demise.

Hindenburg claimed that Lordstown had misrepresented the level of corporate interest in the Endurance, among other accusations. It pointed to Burns’ claim that the truck had more than 100,000 preorders and said the numbers were "largely fictitious and used as a prop to raise capital and confer legitimacy."

The ensuing months saw the SEC open inquiries into the company’s claims as well as a crucial partner, a shell company called DiamondPeak Holdings.

DiamondPeak is the SPAC that merged with Lordstown in order to go public. It is one of a wave of SPACs that created billions of dollars of funding for EV startups and many other businesses that have wanted to avoid the time, resources and scrutiny that come with entering stock markets through a traditional initial public offering.

Lordstown’s stock plummeted last week on publication of a grim securities filing. Among other admissions, Lordstown said it did not have enough money to start production of the Endurance as planned for September, "creating substantial doubt as to our ability to continue as a going concern."

Yesterday Lordstown’s board released the results of its own investigation of the issues raised in Hindenburg’s report. While mostly clearing itself of wrongdoing, the company admitted that the trumpeting of preorders was "in certain respects, inaccurate."

Ford has a two-track strategy for the electric version of its F-150, which has been the bestselling vehicle in America for decades. A more expensive model for individual buyers starts around $55,000, and a stripped-down version for commercial fleets starts at about $42,000.

That’s a gut punch for Lordstown’s Endurance truck, where the base model for commercial customers starts at $52,000.

Other upstart EV makers are focused on specialized segments like luxury vehicles, lifestyle SUVs, or commercial-vehicle niches that lie outside the F-150’s gun sights. But as traditional automakers set a course toward electrification, these startups may have only a short window to prove themselves.

"There are more EV manufacturers than there should be right now," Brauer said. "We need a consolidation period to figure out who the real players are."